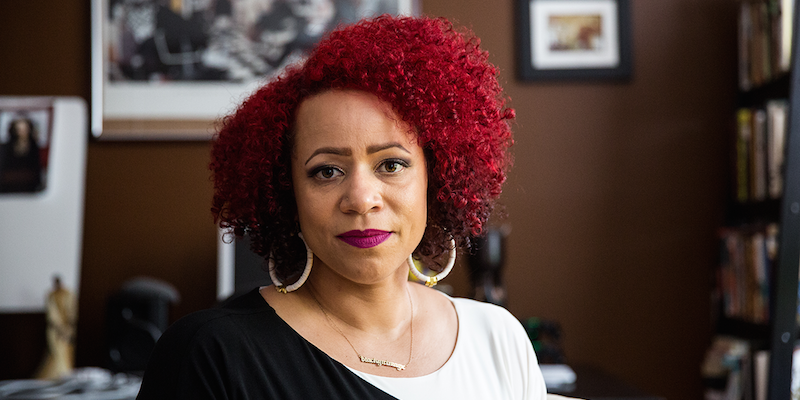 Nikole Hannah-Jones has declined an offer of tenure at UNC to join the faculty at Howard University.

The university has walked back their previous decision to not offer Pulitzer Prize-winning journalist, 1619 Project creator, and MacArthur fellow Nikole-Hannah Jones tenure for an endowed fellowship at UNC-Chapel Hill’s Hussman School of Journalism and Media. Hannah-Jones’s bid for tenure was initially rejected because of dissent from the UNC-Chapel Hill Board of Trustees, despite favorable support from the UNC-Chapel Hill chancellor and faculty. Instead, the journalism school decided to offer Hannah-Jones a fixed five-year contract.

The reason? Political pushback from the majority Republican UNC Board of Governors (surprise, surprise), who were against the 1619 Project. An anonymous board member told NC Policy watch, “They have defunded academic centers and discontinued programs with which they were at political odds.”

At the time, Susan King, the dean of UNC Hussman told NC Policy Watch, “It’s disappointing, it’s not what we wanted and I am afraid it will have a chilling effect.”

UNC’s initial rejection of Hannah-Jones’s tenure was met with heated discussions on social media about racism in academia and America’s legacy of white supremacy.

But it looks like she’s taking her talents elsewhere. This morning, news broke that Hannah-Jones declined UNC’s revised offer. She will join the faculty at Howard University as the inaugural Knight Chair in Race and Reporting, along with Howard alumnus Ta-Nehisi Coates. Coates will be a faculty member in the flagship College of Arts and Sciences. Hannah-Jones will also found the Center for Journalism and Democracy, which will “focus on training and supporting aspiring journalists in acquiring the investigative skills and historical and analytical expertise needed to cover the crisis our democracy is facing,” according to a press release from the MacArthur Foundation.

In a statement released via the NAACP Legal Defense and Educational Fund, Hannah-Jones said, “Being asked to return to teach at Carolina had felt like a homecoming; it felt like another way to give back to the institution that had given so much to me. And now I was being told that the Board of Trustees would not vote on my tenure and that the only way for me to come teach in the fall would be for me to sign a five-year contract under which I could be considered for tenure at a later, unspecified date. By that time, I had invested months in the process. I had secured an apartment in North Carolina so that I would be ready to teach that January. My editors at The New York Times had already supplied quotes for the press release of the big announcement. I did not want to face the humiliation of letting everyone know that I would be the first Knight Chair at the university to be denied tenure.”

She went on to add, “I cannot imagine working at and advancing a school named for a man who lobbied against me, who used his wealth to influence the hires and ideology of the journalism school, who ignored my 20 years of journalism experience, all of my credentials, all of my work, because he believed that a project that centered Black Americans equaled the denigration of white Americans.”

For marginalized journalists and reporters, especially Black women, the extreme opposition Hannah-Jones faced is an all-too-familiar experience. Much like the book publishing industry, journalism is overwhelmingly white. According to a 2018 report from the Pew Research Center, “About three-quarters of newsroom employees are non-Hispanic white, compared with about two-thirds of all U.S. workers.”

If the past few years have revealed anything to marginalized people like myself, it’s that we should no longer accept the bare minimum from so-called “allies,” white liberals, and institutions of power.

Call it intuition or plain common sense, but somehow I think that Hannah-Jones will be more than fine at Howard.