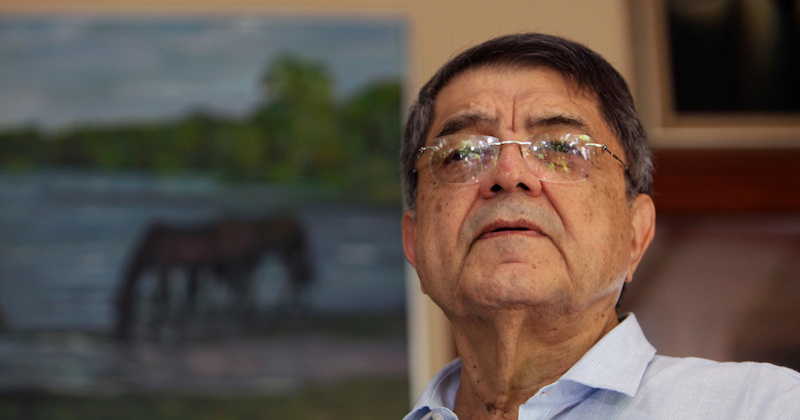 Nicaragua has ordered the arrest of award-winning author Sergio Ramírez.

State prosecutors in Nicaragua have ordered the arrest of one of the country’s most prominent writers, Sergio Ramírez, accusing the 78-year-old novelist of inspiring hatred and conspiring to destabilize Nicaragua.

With only two months to go until the presidential elections in November, dozens of prominent Nicaraguans—including newspaper editors, union leaders, and opposition politicians and activists—have been detained on similar charges as part of a crackdown on critics of President Daniel Ortega.

Ramírez—who won the Cervantes Prize in 2017 and the Alfaguara Prize in 1998—was once a close ally of Ortega, serving as his as his vice-president during Mr Ortega’s first presidency from 1985 to 1990, but broke away from the Ortega-led Sandinista Party in 1995 in protest at what he said were Mr. Ortega’s “autocratic tendencies,” and has been an outspoken critic of the Ortega regime ever since.

In response to the charges issued against him, Ramírez, who left the country in June, posted the following statement on his social media feeds:

The Ortega family dictatorship has accused me through its own prosecutor’s office, and before its own judges, of the same crimes of incitement to hatred and violence, undermine national integrity, and others I have not had time to read, accusations for which prisoners are found in the dungeons of the same family, many worthy and brave Nicaraguans.

Not the first time this happened in my life. In the year of 1977, the Somoza family accused me through their own prosecutor’s office, and before their own judges, of crimes similar to those of now: terrorism, illegal association for offending, and violating order and peace, when I was fighting against this dictatorship just like I’m fighting against this one now.

Dictatorships lack imagination and repeat their lies, their saña, their hatred, and their whims. They are the same delusions, the same blind stubbornness by power, and the same mediocrity of those who have in their fist repressive instruments, and having stripped of all scruples, also believe that they own dignity, conscience and freedom of others.

As they announce they’re breaking into my house, what they’re going to find is a house full of books. The books of a writer. The books of my entire life.

I’m a writer committed to democracy and freedom, and I won’t stop in this endeavor from wherever I am. My literary work of years is the work of a free man.

The only weapons I own are words, and they will never impose silence on me.