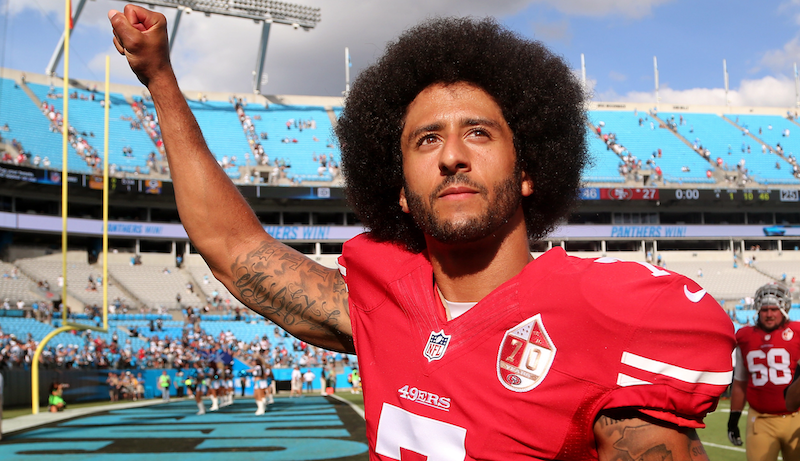 Colin Kaepernick—who should definitely have an NFL job ahead of Tim Tebow—announced yesterday the release date of his publishing company’s first book, Abolition for the People: The Movement for a Future Without Policing and Prisons. Kaepernick, who founded Kaepernick Publishing in 2019, edited the anthology which will feature essays looking at the past, present, and future of the prison-industrial complex, and the systemic racism at the heart of American policing.

Kaepernick famously protested police violence and systemic racism by kneeling at NFL games during the national anthem, an admirable act of conscience that saw him subsequently—and unjustly—blackballed by NFL owners. This is wrong. And yesterday’s signing of holy bro Tim Tebow—who hasn’t played an NFL game since 2012—by the Jacksonville Jaguars, only serves to underline the hypocrisy and racism of NFL owners.