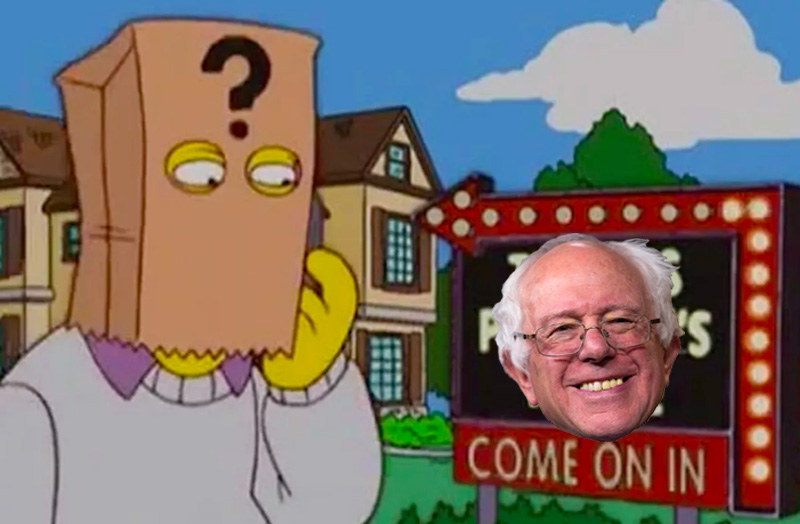 The Democratic primaries may be starting to feel like a slog, but before they’re over, poet and New Yorker poetry critic Dan Chiasson (who was born in Burlington) has one endorsement he’d really like to see: he thinks Thomas Pynchon might want to endorse Bernie Sanders. And he’d like to make it happen:

I’ve been thinking about my unique contribution to @BernieSanders and I’ve decided on this–I’m going to try to reach Thomas Pynchon and get an endorsement.

Contact me if you have leads. This is a real thing. #PynchonBernie

This is more than just a random thought—Chiasson has some reason to imagine Pynchon that might be feeling the Bern (if, that is, Pynchon is following the primary or has any idea what year it is—I mean, I know I wouldn’t, if I’d already committed to the life of a recluse):

not a stunt: read this prose pic.twitter.com/MtfOndg7cj

In service of his goal, Chiasson wrote Pynchon a letter, apparently on a typewriter, which he shared on Twitter today. “Tone stolen partly from Emily Dickinson to Higginson,” he explained. Here’s the (lovely) letter in full: 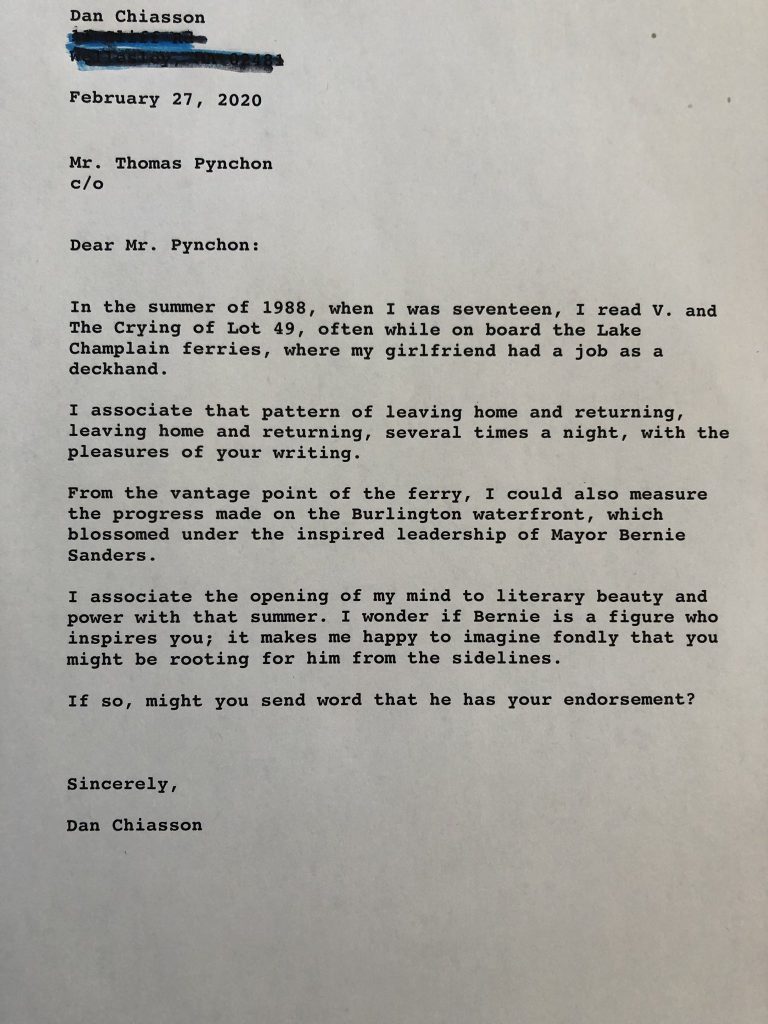 Thomas Pynchon, if you’re out there, we are all now eagerly awaiting your response. (And if you have any leads, you may direct them to Chiasson on Twitter.)