Books about networks are no longer the preserve of geeks and techno-utopians. Everyone, it seems, is now writing 75,000-word interpretations about the importance of networks including heavyweight popular (but not populist) historians like Niall Ferguson. In The Square and The Tower: Networks and Power: From the Freemasons to Facebook, the Stanford-based Ferguson brings his own erudite realism to the hype about networks and power. Ferguson’s historical approach not only provides balance to Silicon Valley’s utopian pretensions, but also offers some intriguing, if controversial, solutions to the problems of our chaotic world.

Andrew Keen: In the second chapter of The Square and the Tower, you tell us that we live in the “network age” and that today’s networks are “ubiquitous” and “everywhere.” But your first chapter is about the influential 18th-century network, the Order of the Illuminati, and much of your narrative comprises a history of equally important networks. So, if, as you say, networks have been around forever, what’s so special about the contemporary age? Why did you decide to write a book about networks?

Niall Ferguson: My point is that we talk today as if we invented networks—or rather Silicon Valley does. But social networks are as old as humanity and they were able in the past to grow quite large even with the most limited technology. So what is novel today would seem to be, above all, the speed of operation, as well as the unprecedented size. At first, it was certainly true that the Internet was a distributed network, hence its appeal to libertarians. But over time, and especially with the rise of the giant network platforms (Amazon, Apple, Google, Facebook in particular), it began to obey some of the key laws of network science, with ever larger clusters forming.

I wanted to write a book that would show network scientists the relevance of history to their work. What we see playing out today has much in common with what happened following the spread of the printing press throughout Europe and beyond—except that it is happening an order of magnitude faster. I also wanted the book to teach some network science to historians who (with a few honorable exceptions) have tended to treat social networks rather casually, and to prioritize hierarchical structures like states over less formal social structures. In the Venn diagram of “network scientists” and “historians” there is only a tiny overlap. The Square and the Tower seeks to expand that overlap. It is also makes a more general claim that anyone interested in the future of our hyperconnected world should apply some history to the problem.

AK: Would it be fair to say that you treat/define networks (The Square) as essentially flat organizations, while states (The Tower) are hierarchies? So there are no historical examples of hierarchical networks or flat states?

NF: No, that would be wrong. The title and preface go with the grain of readers’ expectations that there is a clear dichotomy between “the square”—networks—and the “the tower”—hierarchies. But as the book unfolds, I explain that this is a false dichotomy. In fact, all forms of human organization that involve more than one person are networks. There is a continuum from hierarchical networks to distributed (decentralized) networks. An extreme case of a hierarchical network would be Stalin’s Soviet Union, in which one node—Stalin—had massively dominant centrality. An extreme case of a distributed network would be the early Internet, when nodes were added in a somewhat random fashion as the technically minded joined the network. Only with the advent of giant network platforms such as Amazon, Google and Facebook has the web become hierarchical. Advocates of blockchain see it as a way to restore the old decentralization. We shall see. In short, there are many historical examples of hierarchical networks (almost any state has that character). Flat states, by contrast, are almost a contradiction in terms. The best existing example of a decentralized state of any size is Switzerland.

AK: As a historian based at Stanford university, in the belly of the digital beast, so to speak, was one message of The Square and The Tower directed toward Silicon Valley? That networks often become hierarchies? That the “World Is Flat”/”radical democratization” idealism of many contemporary technologists and internet entrepreneurs is misguided?

NF: The book is, as Eric Schmidt put, a history lesson for Silicon Valley. When I moved to Stanford a year and a half ago, I was shocked by the combination of over-confidence (verging in hubris) and historical ignorance I encountered. It was very similar to the mood on Wall Street in the mid-2000s, when I was teaching at NYU. Back then, I started working on The Ascent of Money, as a lesson in financial history for arrogant investment bankers. That book was spot-on about the approaching financial crisis. I think my instincts have served me well again.

Silicon Valley in the fall of 2016 (when we moved to Stanford) was sleepwalking towards disaster, blithely unaware of the role their technology—especially the network platforms such as Facebook, YouTube and Twitter—were about to play in the election of Donald Trump, completely underestimating the extent to which the Russians had exploited vulnerabilities in their design. The key message of the book is that if the leaders of the big tech companies had thought more about history (as well as about the implications of network science), they would have seen these dangers coming. The rest of us were just naive: we believed stories about the democratizing effects of the Internet which may have had some validity ten or twenty years ago, but now just seem like Kool-Aid dispensed by a very hierarchically organized group of near-monopolies.

AK: Speaking of the Russians… You have sparkling chapters about the “Ring of Five” network of Cambridge spies controlled by Stalin’s KGB and then about the “brief encounter” in Leningrad between the Oxford philosopher Isaiah Berlin and the Russian poet Anna Akhmatova. As a historian, you obviously consider the experience of Soviet totalitarianism to be instructive in your analysis of networks. And while you don’t have a chapter dedicated to Vladimir Putin, you do argue that “Russian hackers and trolls pose a threat to American democracy similar to the one that Jesuit priests posed to the English reformation, a threat from within sponsored from without.” But isn’t there a fundamental difference between the Jesuits (or the Cambridge Five) and Putin’s trolls at the Internet Research Agency: establishment Marxist spies like Kim Philby actually believed in what they were doing, while contemporary Russian trolls are poorly paid wage laborers who are exploiting the open network to game the system in order to sow informational chaos?

NF: I am not sure how deep a difference that is. The Cambridge spies were only the most famous of the Soviet intelligence operatives. But the KGB, like its equivalent today, mostly consisted of “poorly paid wage laborers.” To my mind the real difference is that the ideology of the Soviet Union remained rooted in Marxism-Leninism, even as it crumbled. The Russian Federation under Putin relies mostly on a warmed-up Russian nationalism for its legitimacy. In both cases, of course, there is a discrepancy between the ideology and the reality. But the discrepancy today in terms of repression was much greater then, whereas in terms of economic inequality it is vastly greater now. The Russians have long used espionage to compensate for their economic weakness. This was also true in the Tsarist era. The real novelty (and that’s the key point I am making in The Square and the Tower) is the extreme vulnerability of the network platforms of Silicon Valley. It was quite difficult to penetrate the British establishment in the 1930s. It was really easy to hack American democracy in 2016.

AK: You warn that today’s world “frequently resembles a giant network on the verge of cataclysmic outage.” And you end The Square and the Tower by comparing the 58-story Trump Tower in New York City with Silicon Valley’s more horizontal architecture, concluding that more than anyone in the world, Donald Trump has a “bigger say in the choice between networked anarchy and world order.” So what should President Trump do to steer the world away from a cataclysmic outage? What does history teach us about the most effective ways of controlling networked anarchy and reestablishing world order?

NF: It is hard for Trump to do everything he needs to do, given the extent to which the Russian meddling in the 2016 election has raised questions about the legitimacy of his victory. But a first step would be to ensure through a combination of regulation and security measures that no foreign power can ever play that kind of role again. A second step would be to increase cooperation between Silicon Valley, the NSA and the Pentagon on the crucial issue of cybersecurity. Thirdly, the US needs to propose an international accord on cyberwarfare, similar to the agreements reached to limit the use of biological and chemical weapons. This is the only way forward, as a system of deterrence seems unlikely to be effective. Fourth, there needs to be consistent regulation of Facebook and the other network platforms as content publishers, to end the mid-1990s exemption from liability for the content they publish. This would do much to rein in those companies. Finally, there needs to be a broad diplomatic effort to turn the five permanent members of the UN Security Council into a more effective hierarchy committed to global order. That means getting the US, China, Russia, Britain and France to work together on shared problems. That may sound naive, but it was an elite of five great powers that delivered peace between 1815 and 1914. A networked world cannot deliver order without some pentarchy of powers being “primus inter pares.”

Why is a Harvard Business Professor Studying Independent Bookstores? 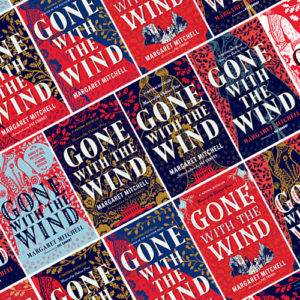 When I was in sixth grade, my English teacher offered up an extra credit assignment: would anyone be interested in reading...
© LitHub
Back to top