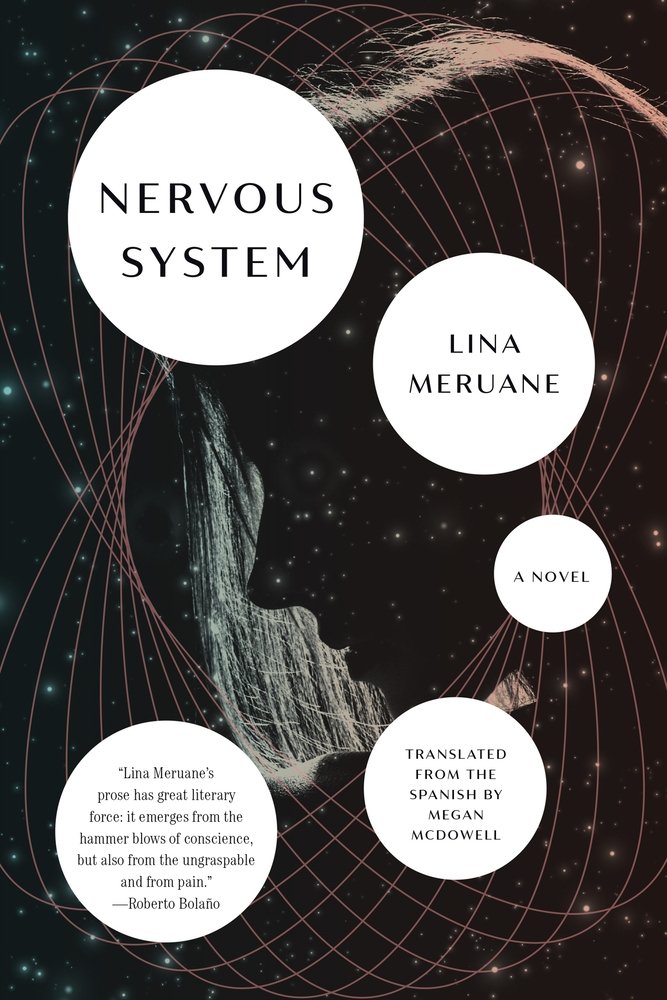 The following is excerpted from Lina Meruane's novel, Nervous System, translated by Megan McDowell. Meruane is the award-winning Chilean author and has received grants from the Guggenheim Foundation and National Endowment for the Arts. McDowell has translated many of the most important Latin American writers working today, including Samanta Schweblin and Alejandro Zambra. Her translations have won the English PEN award, among other honors. She lives in Santiago, Chile.

The country went dark. One giant black hole, no candles.

In another time, another place, her house had been full of long skinny nebulous candles, wrapped in blue paper or tied with string, kept for emergencies.

There were no candles in the country of the present, where the electricity never went out. Never, until it did.

Ella watched as the lamp that half lit her face and scarcely lit the night died. She sat for a moment with her hands hovering over the keyboard, blinking in the light of a screen full of numbers. Ella. She. Wondering whether a fuse had blown. Whether it was just a simple blackout or an attack on the old nuclear power station built and abandoned during the Cold War. Not too far from her building, atomic energy that could explode any minute now.

Forever on the verge of catastrophe, her country of the past used to suffer power outages from floods, or from snow falling on trees and from branches onto electrical posts. Exposed cables electrocuting the wind. Ditches and rivers overflowing. And buildings that shuddered from the constant grinding of subterranean plates. Volcanoes crackled, spraying lava. Forests burned, trees fell, scorched to their roots, houses to their foundations, the signs roads hives melted, birds flapping. Their bodies charred if they didn’t get out fast enough.

Those bodies, possessed by the light.

This is going to slow me down, Ella cried, throwing up her arms. More, it’s going to slow me down even more, and she howled at El. He. To El, who had surely already heard her in some corner, slamming drawers, searching in vain for a flashlight. She rummaged through papers and keys and she cursed. El’s inflammatory voice rose to tell her, stop that, Electron. It was the same thing he’d been saying to her for months, that she should shut her computer, disavow her doctoral thesis and the anxiety brought on by the life sentence of a project like that.

Working such long hours could set her off. That’s what El said, and he knew about explosions. But he didn’t say explode and he didn’t say collapse. He said, burning his tongue on a fresh cup of coffee he was now balancing in the dark. As though spitting, he said, short-circuit.

Now even the most indistinct, insignificant stars spattered the night with their light. They seemed to give off smoke, fiery above the extinguished city. Ella paused at the window to admire them. The radiant constellations, the pulverized physical universe that she couldn’t manage to capture in the dissertation she’d been writing for years. Years without writing. She’d started out studying elliptical orbits and their magnetic fields, the asteroid belts and the remains of millenary supernovas; she’d spent months or maybe even years on the star systems closest to the sun, searching in vain for habitable planets, and she hypothesized the positions of celestial bodies similar to earth. One thing led to another, each refuting the one before, obliging her to start her research all over again.

This final attempt would be spent on stars that had already lost their light and collapsed in on themselves, forming dense black holes.

Except those holes needed an adviser who knew all about them and was willing to guide her dissertation. One who believed Ella was prepared to deal with such density. But not even Ella was sure she could do it, and time was running out.

And then the bulbs all came on simultaneously, as though electrified by lightning. Reactivated after an interval of hours. Ella opened a can of coke, loaded with sugar and caffeine—she would drink to her own detriment before sinking once more into the screen. She would calculate figures of cosmic deviation and radiation. She would measure the movement of the stars stretched out around the spinning greedy point-of-no-return black hole that would soon swallow them. And she’d type formulas she would later proceed to disprove.

El would see her appear in the doorway, that morning and the ones to come, and the scar across his forehead would wrinkle. Ella would understand that he, too, had stopped believing she could finish.

It was while thinking about blackouts and bottomless holes that the desire to get sick ignited in her. Ella considered it but couldn’t decide on an illness. A cold or a flu wouldn’t give her the time she needed to finish the thesis. Pneumonia would keep her from working. Cancer was too risky. Then her memory turned to her Father’s bleeding ulcer, which had kept him bedridden for several months: she imagined herself lying in a different bed, computer on her lap, eating poached eggs and insipid crackers and taking irritating sips of coca-cola on the sly.

To fall ill: Ella would ask the favor of her birth mother, her deceased genetic mother. The one she never met. Ella always invoked her when things got hard. Lighting a stick of incense, she begged her mother to infect her with something serious but transitory. Not to die like the mother herself, suddenly. Just enough to take one semester off, to not have to teach all those planetary sciences classes to so many distracted students whom she had to instruct evaluate forget immediately. Just a brief reprieve from that poorly paid job so she could dedicate herself fully to another job that paid nothing at all.

Ella had no one else to ask. Her Father had already given all he had.

Secret-pact story. No one knew the Father had funded her studies in the country of the present with savings for his future old age.

Ella’s three siblings and that Mother who wasn’t hers had been left out of their mutual agreement. Because the Mother who came to fill in for the first would never have allowed it. All that money! she would have cried in defense of her disinherited twins. It’s a fortune! she would argue, fearing the indignities the expense could entail for the Father.

The Father would never have told his second wife that this was the promise he’d made to the first, in critical condition after her daughter’s birth. Promise me Ella will study what she wants, that you’ll pay for whatever program she chooses without any conditions, the first wife murmured in a voice that wavered but knew death was coming. It’s what I would have wanted. What I would have done. Study. If I hadn’t, and she stopped, closed her eyes a long second. Gotten married, she said, the words coming unstrung. So young, to you. What I would have.

El, hair combed, face freshly shaved, already finishing breakfast, ready to head off to the carbon laboratory to date some newly dusted bones. Ella, dressed but unkempt, dragged herself into the bedroom to choose her teacher’s uniform and assemble her notes for the five classes she would teach that day in three different city schools. Dull-eyed, she sat down at the table and confided in El what she wanted. To get sick. To have six months free. To stay home alone with her two hands, the eighty-two keys under ten fingers tapping intermittently. To leave her fingerprints on a thesis that was missing arduous weeks of work.

Be careful what you wish for, is what El replied in his language, the language of Ella’s present, knitting his brows into a single line. His sharp nose pointed to the empty plate as he murmured his warning. You don’t need your dad’s approval, he said with a weary air, you don’t even need to tell him you haven’t finished, that you might not ever finish. You don’t need that degree, Electronica, not to teach astronomy classes. Extraterrestrial planetary sciences, corrects Ella.

Ella hadn’t admitted to El that she never had a scholarship, or told him where all that money, down to the last red cent, had really come from, from whose pocket, nor had she told him she’d just called her Father to tell him, I’ve defended, dad, I’m a doctor now. Or that her Father replied sadly or perhaps resentfully that it was about time, hija. That her Father had fallen silent before informing her that she was now the only real doctor in the family. A doctor in the true sense of the word, murmured her Father, while Ella’s throat tightened.

Ella didn’t know why she’d lied, but that, too, was a lie. 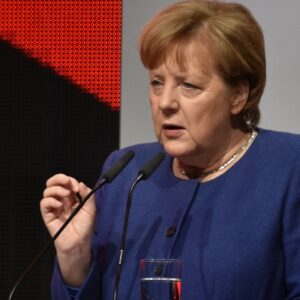 Ayaan Hirsi Ali on Immigration Reform and Assimilation in Europe Hosted by Andrew Keen, Keen On features conversations with some of the world’s leading thinkers and writers about the economic,...
© LitHub
Back to top