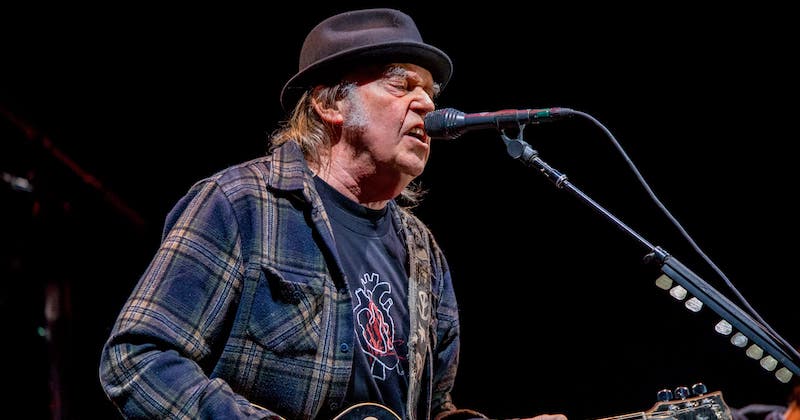 Neil Young has written a sci-fi novel—and he’s already told us the plot.

Come November, Neil Young will be 76—but he shows no signs of taking a well-deserved artistic break. Today, he and Crazy Horse released the second single from their upcoming album Barn, “Heading West,” and the full album will be released in December; this month saw the release of the first of five live archival albums in Young’s Official Bootleg series. And unless something’s changed, in the next few years we should be receiving a Neil Young sci-fi book—because this summer, he posted on his blog that he had handed in an edited manuscript.

Apparently, Young has been writing Canary since 2016, handed it in to his agent in 2020, and worked on the text with his editor, identified as just “Ed”, in 2020 and 2021. (Young on his editor Ed: “No kidding. That’s his name.”) No publication date—or deal, for that matter—has been announced, but we already know the book’s main plot points: Young laid out the plot in a 2018 interview with Rolling Stone to promote the Western film Paradox.

According to 2018 Young, Canary has a timely premise: it’s centered around an employee of a corrupt power company who gets exposed as a whistleblower. “He discovers the solar company he works for is a hoax,” said Young. “And they’re not really using solar. They’re using this shit—the guy who’s doing this has come up with a way to make bad fuel, the bad energy, this really ugly terrible stuff, and he’s figured out a way to genetically create these animals that shit that gives the energy to make the [fuel]. So he’s created this new species. But the species escapes. So it’s a fuckin’ mess. It’s a long story.”

Let that plot description—and imagining the “Who’s on First” routine that could be happening every day with Neil Young and his editor named Ed—tide you over until the book comes out.