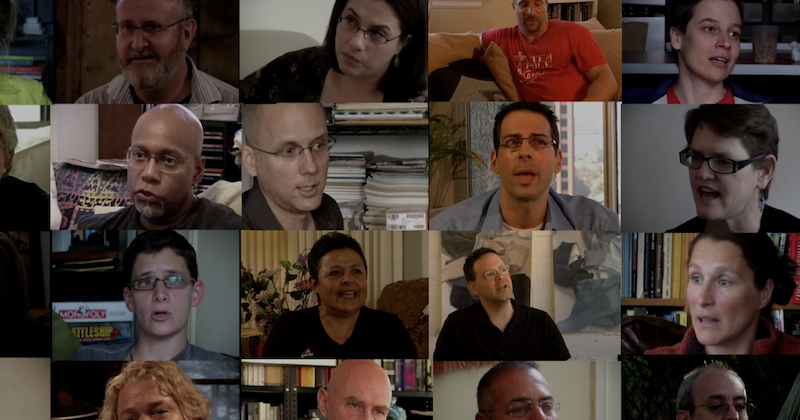 Thanks to Schulman and Jim Hubbard, who cofounded the Lesbian and Gay Experimental Film Festival with Schulman, ACT UP now has an oral history website, with nearly 200 video interviews of members of ACT UP recorded from 2002 to 2017. The interviews include transcripts and can be browsed in chronological order or by subject. The oral history site also contains an archive of materials from the Latina/O Caucus of ACT UP New York, a working group that translated and distributed life-saving information about AIDS treatment to New York’s Latinx communities, developed one of the first AIDS medication recycling programs in the Western Hemisphere, and created a direct-action movement in Puerto Rico.

The oral history website is, in Schulman and Hubbard’s own words, meant to not only recognize the legacy of ACT UP members—make that information accessible—but “remind us that ordinary people can change the world and to explore and make known exactly how they did it.” “In June 2001, I was in LA doing a play. One day, driving around in a white rental car, I accidentally tuned in to NPR’s commemoration of the 20th anniversary of AIDS. ‘At first America had trouble with People With AIDS,’ the announcer said. ‘But they then came around,’” writes Schulman in a statement available on the website. “That is not what happened. I know, I was there . . . Actually, what really took place was this: thousands of people, over many years, dedicated their lives to achieving a cultural and scientific transformation. In other words, a nation that had always hated and humiliated and violated gay people, was forced—against their will—to behave differently than they wished to, because activists intervened and took control of a terrible situation, thereby changing it.”