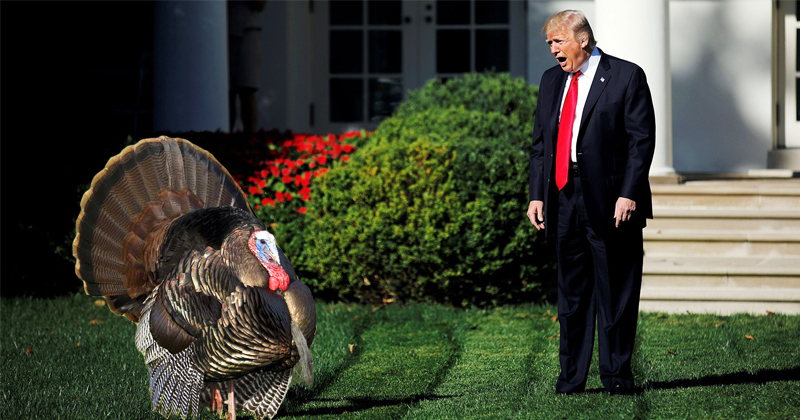 For many of you, Thanksgiving represents an anxiety-laden series of conversational challenges. There you are, trapped at the table, trying to navigate the divergent political opinions of libertarian uncles and flat-tax cousins who can’t seem to resist owning you, a lib, by quoting Rand Paul or refusing to eat a vegetable.

It’s hard to imagine, but this year’s epistemic dissonance might be as loud as it’s ever been: for the first time in a while, progressives and conservatives have the same external framework within which to argue—namely, the publicly televised impeachment hearings. And yet, it seems, people are still seeing things through heavy ideological filters.

So, if you do decide to weigh in on the constitutional legitimacy of the impeachment of Donald Trump, constitutional historian (and former solicitor general of the United States) Neal Katyal has laid it all out in his new book, Impeachment: The Case Against Donald Trump. Here he is talking to NPR’s Rachel Martin this morning, who very politely allows Mr. Katyal to make the case.

Did you know that James Madison was very explicitly worried about a president receiving personal aid from a foreign government, a president putting his interests above those of the American people? He was! And he was able to convince fellow Founder Gouverneur Morris, who’d otherwise been wary, of the need for an impeachment option; Morris initially thought that elections would be enough to check an overstepping president, but Madison countered with the scenario of a president using foreign help to skew elections, and Morris was sold! HINT HINT.