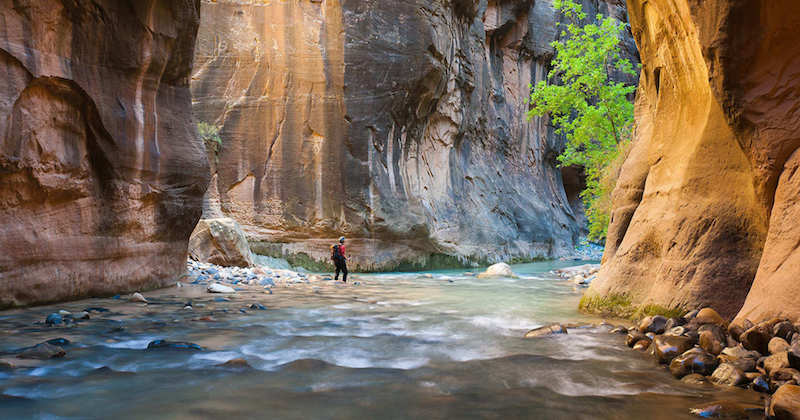 Nature Tourism During the Pandemic Offers a Lesson in Ecological Ethics

Todd Robert Petersen on Our Treatment of National Parks

My family and I live in Southern Utah surrounded by iconic red rock cliffs and 10,000 foot mountains. I can turn 90 degrees and see the whole of my small town and beyond it a canyon that looks like it has been built from delicate layers of handmade paper, with white sky behind it all.

This part of the country is so lovely, inspiring, and popular that in the midst of Covid-19 curve-flattening isolation measures, 9,000 people descended on Zion National Park during the last weekend of March, 70 percent of them from out of state. At the request of the park’s gateway communities, Zion finally closed.

Bryce Canyon and other parks followed suit at the urging of their county commissions and the health department. Each closure revealed again the delicate symbiotic relationships national parks have with the communities that surround and support them.

Southern Utah is a significant global tourist destination. Many who come here are on the vacation of a lifetime. They have been thinking about my home place, reading about it, and making plans for years. My family and I, on the other hand, can travel to one of these parks on a whim. Distance creates a kind of lens that focuses people on different aspects of a place.

I have lived here for 20 years, and during that time I’ve visited the parks, but I have also taught in them, received a National Park Service grant to lead trips for college students, and spent the last four years writing a novel set in and around these fascinating public lands. For a long time, I have believed a resident has a superior perspective on a place, but I am learning that my point of view has its own blind spots.

As a remedy, I have started trying to see my home through the eyes of its visitors, a thought process that has led me to the inevitable conclusion that I am also visitor, but one of a different stripe.

While it’s certainly not cheap to travel, the ability to move across the globe is more widespread, so we have here a truly fascinating migration. During the high season in my little town, a trip to the grocery store unlocks a swirl of languages: Polish, German, Korean, Japanese, Portuguese, Chinese, Italian, French. I learned enough French in college to know that our Gallic visitors love the landscape but ridicule our cheese, and are even less sanguine about the wine (it is Utah after all).

Our parks and public lands are complex ecosystems. What’s less apparent is the way they participate in the cultural and economic ecosystems as well.

Our home is beloved by so many people, which is an honor and a delight, but it can be challenging to spend time in these places without feeling like we’re packed into a casino on the Las Vegas Strip. Zion National Park, which is the closest to me, receives as many as 4 million visitors annually. It’s no Times Square, but 4 million is a deluge for the towns around here, and it takes serious work to make sure the place looks like it does in the photographs.

Many of these visitors zoom through the parks like the roadrunner from the old cartoons. Beep, beep—they’re in and out of Zion. Overnight in our town for groceries and a wood-fired pizza. Over the mountain to Bryce, then to the Grand Canyon. Back to Vegas for buffet and swimming pools and a flight home the next day.

They call this the Grand Circle Road Trip. Sometimes it includes Capitol Reef, Arches, Canyonlands, and the most devoted will extend their pilgrimages on the Trail of the Ancients to Mesa Verde. One summer, I received a grant to help me research a novel and drove most of the Grand Circle to see what it was like. It was crowded, with few exceptions. You can find solitude out here if you want to, but it’s not likely to be in a national park unless you get a backcountry permit.

Over the last century, the rural West has seen significant economic change. Service sector work in support of tourism has taken the place of natural resource development and agriculture. Our parks and public lands are complex ecosystems. What’s less apparent is the way they participate in the cultural and economic ecosystems as well.

The historian Hal Rothman has written about the complexities of tourism in the West. His book, Devil’s Bargains: Tourism in the 20th Century West, is a comprehensive history of the transformation of travel to tourism and details how a powerful combination of affluence, technology, politics, and social capital empowered tourists to reshape the West into a place of high adventure with all the amenities of home.

During these weeks of sequestering, I’m sure many have wanted to flee their fortresses of solitude in search of open places where they can exercise their liberties. Still, people should know that on any given day, a national park is a thrumming, busy place. Even though a lot of people were staying home and flattening the curve, 9,000 people in a single place isn’t any kind of intimate get together.

The solitude most people imagine when they seek out a national park isn’t the real experience. It’s the script, the story we tell about the parks through Ken Burns documentaries and coffee table books. One can, of course, have a certain measure of solitude in the backcountry with the proper permission, but even then, access is limited, sometimes only by lottery. And these days, the permit desks are closed, too.

The rush to open spaces and second homes is why many rural sites in the West have some of the highest per-capita rates of infection. Ski towns such as Sun Valley and Park City are good examples. Many have fled the cities for these places without realizing the way their presence taxes local systems. We don’t have the medical facilities, and the service industry has basically had to shut down.

At the same time, there is a recognition that without tourism, the economic impacts will be more devastating than they already are. People in these parts are already feeling the weight of it. Because this kind of work is seasonal, many people have used up their unemployment to make it through the winter shut down. The Colorado town of Gunnison blocked the roads during the influenza epidemic of 1918 and saved many lives. Many living in the rural West wouldn’t mind repeating that past success. There is so much out here to protect.

President Trump has issued two proclamations that constitute the most significant reduction of public lands in history, which makes his recent Earth Day announcement about re-opening the National Parks so strange. Weirder still is Mike Pence’s statement that the American people mustn’t be kept from “the blessings of those extraordinary places.”

As the effects of social distancing reveal the complex ecosystem of our economy, all the invisible lines of connection and dependency in the West become even more apparent.

That our National Parks are extraordinary seems unarguable. Still, the most revelatory word in Pence’s statement is “those,” a term used when referring to something from a distance, which is the standard perspective of experts and bureaucrats. This crass leveraging of the parks by those trying to auction them off shows that these places have undeniable symbolic power.

So, it should surprise no one that The White House does not have a time frame for re-opening or a plan for making sure visitors will be safe. Recently, when Utah re-opened its state parks, hordes of people with cabin fever swarmed a reservoir in Southern Utah. When the parking lot filled, people deserted their cars along the road, hopped fences, and made a break for the beach. Officials had to shut things down by mid-day.

As the effects of social distancing reveal the complex ecosystem of our economy, all the invisible lines of connection and dependency in the West become even more apparent. Park shutdowns have happened before; usually, they have come from government gridlock. The economic impacts of these shutdowns have been grave. When a park shuts down, people keep coming and their impacts do leave a trace. The effects of Covid-19 on my part of the world is not even close to what we see in New York, Seattle, Miami, and L.A. But there is a fragility in our medical and financial infrastructure not unlike the fragility of cryptobiotic soils in the desert. One stomp of a boot and decades of growth are destroyed.

As tourism dropped off here weeks ago when the social distancing orders were implemented, but before the shutdowns started, my family’s first thought was, “Maybe we’ll have a chance to get out of the house and visit some of these extraordinary places if people are supposed to stay home. We are home already!”

This was an exciting thought because usually the parks are so crowded we just don’t go. A quick look at the Zion National Park Instagram showed us we were wrong. Plenty of people had that idea, too. They were warning people to keep six feet of distance and to not congregate at trailheads. None of that was happening.

Instead, we decided to go across town and walk on one of the city trails with the idea of taking a creekside stroll, but the place was overrun . We had trouble keeping our six-foot distance, so we got in the car and drove further up the canyon. Living here has its benefits. Many of us know about places that aren’t on the maps and haven’t been Instagrammed to death. We know the backroads to get there, and we also know some areas that are hiding in plain sight.

At each place we stopped, there was someone with the same brilliant idea. So, we were back in the car, heading to the next pull out only to find it occupied. We drove some more, then pulled out, spotted a car, got back in, drove some more. We repeated this process many times until we were miles up the canyon, high enough for there to still be snow. And we found a bend in the creek with no car parked on the shoulder. Cautiously, we climbed down and found a place where we could fan out and explore.

We went down to the water’s edge and found boulders to stretch out on. Our nine-year-old threw rocks into the stream. It was a joy after our confinement. I got up and walked down the creek a bit, and heard a car come around the corner and slow down to take a look. I imagined them growling to themselves and giving us the evil eye before continuing up the canyon.

Todd Robert Petersen is the author of It Needs to Look Like We Tried and the author of the forthcoming novel Picnic in the Ruins, which will be published by Counterpoint Press in January 2021. 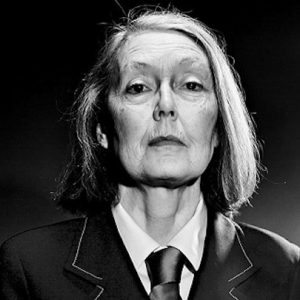 Anne Carson is a poet, translator, and professor of Classics. She is the author of over 20 books, including Autobiography...
© LitHub
Back to top