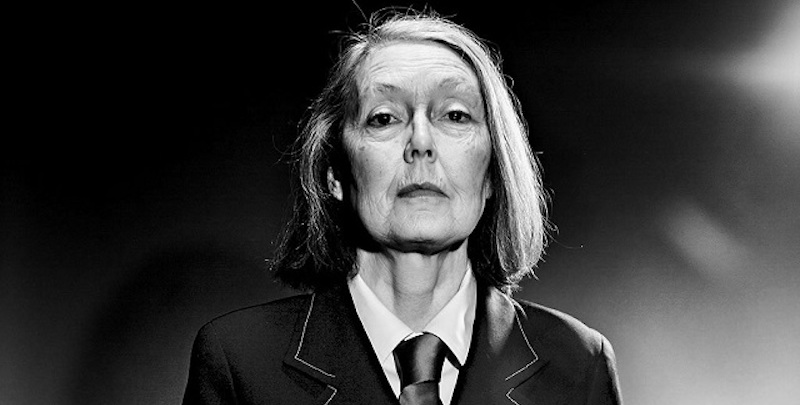 "They had the same power—to stick in the throat of Desire."

Anne Carson is a poet, translator, and professor of Classics. She is the author of over 20 books, including Autobiography of Red, Men in the Off Hours, Decreation: Poetry, Essays, Opera, NOX, and Float.

Her most recent work, Norma Jeane Baker of Troy, reconsiders the myths of two iconic women: Marilyn Monroe and Helen of Troy. It was staged in the spring of 2019 at The Shed’s Griffin Theatre in New York, starring actor Ben Whishaw and soprano Renée Fleming.

Following the publication of the work by New Directions in February, I contacted Anne through her editors to see whether she would be willing to discuss the text. She agreed, provided that we keep the answers “relatively few,” and so we conducted this interview by email. Although Anne’s (rare) interview responses are known to be terse, they are equally rich and concentrated.

As in all of her writing, this richness is their power and reveals her incredible mastery of language. Her knowledge of Greek and Latin languages, and her unparalleled ability to bring their texts into the contemporary world, are a huge part of her appeal to readers. I spoke to her about Euripides, translation, writing for the stage, and ancient Greek’s relevance in the modern world.

Sarah Moore: Norma Jeane Baker of Troy is a reimagining of Euripides’ play Helen. Why did you choose this particular text? Did the fact that Euripides himself reimagined an existing narrative influence your decision?

Anne Carson: I’ve been translating, retranslating, and trying out different ways to translate Euripides’ Helen since I first taught the play, probably at Princeton, sometime in the eighties. It never left me as a problem. Partly because of the sheer boldness of his reimagining (although the basic idea of an alternative “cloud” Helen had been around since Stesichoros in the seventh century BC) which was not just a reimagining of the structure of Helen’s fate but of Helen as a moral and emotional quotient. Her passions are here directed not at men or sex but at her daughter. Euripides takes the flat cartoon of the mythic Helen and makes it into a completely different kind of credible human complexity. He widens her heart. How did he do that? Small, amazing changes are what make theatre work.

“To be able to catch the tumult of time and your own heart, who doesn’t want that.”

SM: You have previously translated other works by Euripides. What draws you to him as a writer?

AC: Mostly the fact that he is actually not to my taste, as a writer or dramatist. So that puts a useful edge between us.

SM: The play was commissioned by The Shed in New York and performed last year by Renée Fleming and Ben Whishaw. How involved were you with the production, besides the writing? With the musical composition, casting, or direction, for example?

AC: The play was originally commissioned by The Shed as a monologue for Ben Whishaw, because he’s been a friend of mine and Currie’s since he played Dionysos in the Bakkhai production (directed by James Macdonald in London) a few years ago. We did not know Renée at that time. Alex Poots (director of The Shed) suggested adding her to the cast. She is a delightful person so we did. That changed the conception of the play, as you may imagine. How to make the changes intelligible as theatre was the problem of the play’s director, Katie Mitchell, not me, thank heavens!

SM: How do you feel when a text that was originally performed is published in print? What has differed between the performance and the printed text?

AC: Almost everything differs. If you compare the text of the play as published to your memories of the production, you can see that the entire narrative shell (1964, suicidal translator etc.) and the entire dynamic between Ben and Renée has been added. Wow, I said.

SM: Your work has always been grounded in feminism and the female experience. Norma Jeane Baker of Troy very overtly reinterprets history and an existing narrative through a female voice. To what extent were recent events such as the #MeToo movement and Harvey Weinstein scandal catalysts for this text?

AC: Not at all, in fact. I began translating this play decades ago. But these issues are perennial.

SM: The iconic figure of Helen is replaced here with Marilyn Monroe, under her real name, Norma Jeane Baker. Why did you choose Marilyn/Norma Jeane to be Helen’s modern-day equivalent?

AC: They had the same power—to stick in the throat of Desire.

SM: The sections of text with the “History of War” lessons are formatted like lesson plans. Why did you choose this pedagogical style?

AC: I am inescapably a pedagogue. And everyone should learn ancient Greek.

SM: These sections are all headed by a Greek word, its possible translations, and the words that it has given to English. Is this another history that you wanted to explore through the play, the history of language?

SM: The original “eidolon” of Helen is now a “cloud.” Why did you choose “cloud” over other possibilities?

AC: I like monosyllables. Also, somewhere in the play Euripides uses the Greek word for “cloud” instead of eidolon, I can’t recall where.

SM: Weaving stories recurs throughout: Helen weaving the battle at Troy and Norma Jeane Baker knitting the fall of Troy. Helen is “live-streaming the war at Troy onto a tapestry.” How does this reflect your own ideas about narrative creation?

AC: Do you know the work of John Craske? He embroidered current events, like the Battle of Dunkirk, onto large canvases more or less as they were happening. Nowadays live-streaming surprises no one. But for Craske, or for Homer, it was a gigantic creative leap.

To be able to catch the tumult of time and your own heart, who doesn’t want that.

Sarah Moore is a British editor and translator based in Paris. She is an Assistant Blog Editor at Asymptote journal and runs the monthly poetry events, "Poetry in the Library" at Shakespeare & Company. She is currently studying for a Masters in Comparative Literature at the Sorbonne University.

Nature Tourism During the Pandemic Offers a Lesson in Ecological Ethics 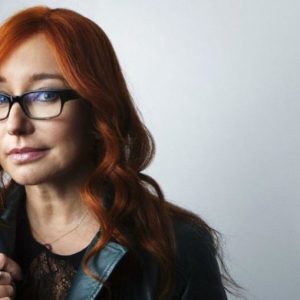 Before we begin talking about her book, Tori Amos wants to know how I'm doing. “How are you and where are you?” she asks...
© LitHub
Back to top