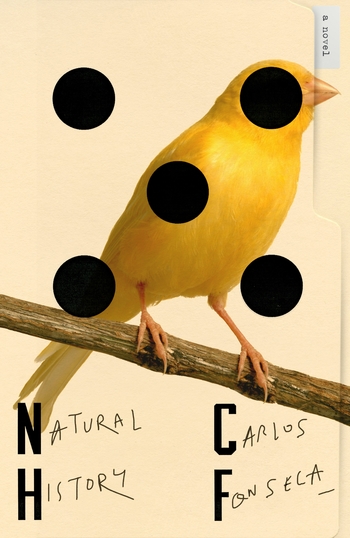 The following is excerpted from Carlos Fonseca's novel Natural History, newly translated from the Spanish by Megan McDowell. Fonseca is the author of the novel Colonel Lágrimas, and in 2018, he won the National Prize for Literature in Costa Rica for his book of essays, La lucidez del miope. McDowell is an award-winning Spanish-language literary translator from Kentucky.

The rest belongs to fantasy. On November 23, 1976, with nothing but a couple of suitcases, the family takes a plane toward the south that they’ve never seen but on which they’ve placed all their hopes. Two days later, with little Carolyn showing the first symptoms of the illness that will accompany her throughout the journey, the old bus they’re riding in arrives at a jungle, imposing and lush. Then comes a Latin American journey that is a kind of photographic negative of the great adventurers’ classic voyages. Where Humboldt found a wild and sublime America, they meet a ruinous nature brimming with garbage. Where William Walker found the total absence of the state, they encounter the signs of state power all around. Where Franz Boas found the nature of the unknown, they encounter what seems to be a sinister mirror of their own selves.

Everywhere he goes, Toledano feels that his voyage is, more than anything, a repetition tinged with farce. Perhaps that’s why, after the first night, while his wife and daughter are sleeping, he takes his wife’s notebook and copies in two fragments from the diary of one of his favorite philosophers. Two dreams that, according to Toledano, suggested that at the end of any voyage there is nothing but a laugh of disillusionment. The first, which Toledano underlines with red ink, is called “Mexican Embassy,” and it goes like this:

I dreamed I was a member of an exploring party in Mexico. After crossing a high, primeval jungle, we came upon a system of above ground caves where an order has survived from the time of the first missionaries till now, its monks continuing the work of conversion among the natives. In an immense central grotto with a gothically pointed roof, Mass was celebrated according to the most ancient rites. We joined the ceremony and witnessed its climax: toward a wooden bust of God the Father fixed high on the wall of the cave, a priest raised a Mexican fetish. At this the divine head turned thrice in denial from right to left.

He feels morbid fascination with the idea that, at the end of the jungle, he will find a mirror image of western misery. He feels morbid fascination with the thought that this trip to the end of the jungle is nothing but a voyage toward the malaise of his own culture. It pains him, however, to think of how, in search of that farce, his wife has impelled a sick child to cross a jungle, one with very little of the natural about it. In those first days, when he finds himself facing these doubts, he returns to the fragment he wrote and tells himself they must go on: they must reach the end of the dream and learn how to laugh on waking. Beside him, the little girl coughs again in her sleep.

They are long days. Led by a tattooed man who calls himself the apostle, a group of pilgrims crosses a jungle full of strange noises, animals, and smugglers. Long days in which Toledano comes to comprehend that his wife’s madness knows no bounds. Days when Toledano intuits that only by maintaining his sanity will he manage to return home with the girl alive. One idea keeps him sane and soothes him: the thought that on reaching the end of the road, his wife will understand the futility of her project, the uselessness of her passion.

Because of his profession and prestige, he’s been given the task of photographing the trip.

My grandfather used to say that a story’s silences will show you the doubts and fears at play within it. Its meaning, too.

Acting as witness. Still, as he tells me about that trip now, he doesn’t remember taking all that many photos. He remembers, instead, the insect buzz, the croaking of the frogs, the ever-present sound of the rivers, the little girl’s cough that grew as their trek advanced, with astonishing alacrity. As he recalls walking with slow steps toward the decisive moment that will mark his life, he remembers the tedium of the nights they spent under mosquito nets, nights when the little girl asked him when they could go home. He remembers the apostle’s proclamations, his wife’s passion, the disconcerting feeling of having wandered into a maze with no way out. He remembers a town full of smugglers, a crude, fat man, a German hippie who acted out eighteenth-century plays for the natives, and a young Polish woman who spent her leisure time telling stories about the pampas. Then he stops, as if, finally glimpsing his destination, his memory has refused to bear witness.

Later on I came to understand that the true history of that unusual family lay in those silences. My grandfather used to say that a story’s silences will show you the doubts and fears at play within it. Its meaning, too. If Toledano paused then before going on with his story, it was precisely because there, in his silence, lay its direction and its meaning. But that realization would come later. That afternoon, sensing the end was close, I merely listened to the story stretching out before me, untamable and strange, with the disquieting feeling that I’d heard it before—in those silences I’d shared for a year with Giovanna.

In the story, there is a family and a journey. There is a sick child and a man who at night recites prophesies before a bonfire. There are pilgrims and smugglers, there’s a little girl who learns to play hide and seek from the animals. There are long nights when the father consoles the girl by outlining constellations and stories, while the mother sketches theoretical fancies. It’s a story of expectation and disillusion that culminates the day when, after climbing an enormous mountain, the pilgrims see a startling city appear before them. And in that city there is a boy who says he has dreamed of the end of time, the arrival of the fires and the inauguration of a new time. There is a long prophetic wait, a kind of Advent anticipating a sacred event. There is a man who understands he is starring in a farce, but who decides not to abandon his wife, believing that after disillusion will come reason. But to Toledano’s disappointment, not even at the end of the journey does his wife recover her sanity. Rather, she asks him—a request he will remember for the rest of his life—to take a photo of the little girl beside the young seer. In the story there is a final photograph, and it’s that absent image that depicts the journey’s meaninglessness, the innocence of the age and the feeling of nakedness and exposure that was to come. After he takes the picture, Yoav Toledano decides to depart from the city. He leaves the girl in a small provincial hospital, kisses her and promises he will see her again in no more than one month.

That day, looking at his sick daughter, Yoav Toledano tells himself that it’s time to go, and that there is no place for a child on his trip. Remembering the figure of Nadar that so tempted him in his first years, he says to himself that only one profession would be appropriate for a man who has seen what he has: photographer of mines. Remembering Nadar in the Parisian catacombs, he tells himself that only there, underground, will he find the right place to bury his secret. In the grade-school library of a small town on the jungle’s edge, he finds an atlas; after a few hours of inspection, he locates a small mining town. Three days later, the town’s post office clerk sees him enter carrying a couple of suitcases and a bag full of what seem to be old cameras. He is beautiful and tall, she thinks; he has the air of an English gentleman and the lost gaze of those foreigners who, having seen it all, are content to withdraw one day to their own little plot of land. That afternoon, after he asked about a nearby hotel, she sees him talking with Marlowe’s widow. Two days later, when the mayor goes to see him and learn his intentions, all he finds in the house is a heap of old cameras on a wooden table. Yoav Toledano is already out, desperately seeking the oblivion he will find two years later, when he reads for the first time, in a local newspaper, about the initial sightings of smoke.

Aminatou Sow and Ann Friedman on the Secrets of Friendship

Joel Kotkin: A Warning to the Global Middle Class 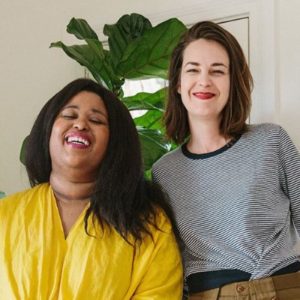