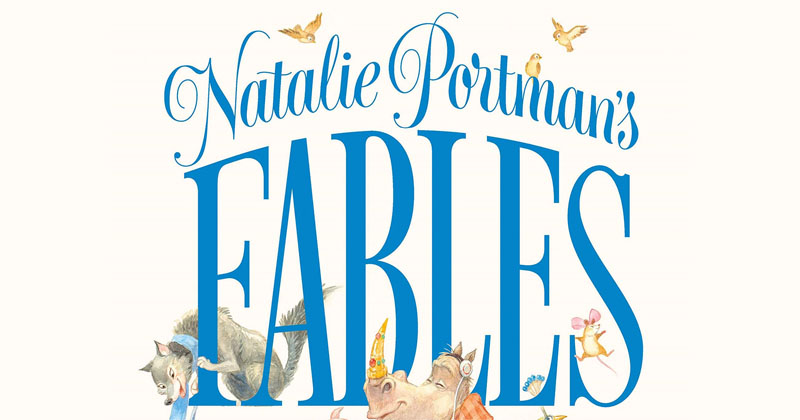 Natalie Portman knows a thing or two about fairy tales.

Portman’s turn as a dancer whose life goes awry in Black Swan (2010) was, famously, a brooding take on Pyotr Tchaikovksy’s most famous ballet. Swan Lake itself was likely inspired by Russian and German folktales like Johann Karl August Musäus’ “The Stolen Veil” and a story collected by Alexander Afanasyev, “The White Duck.”

The actress-savant is going a little lighter with one of her forthcoming projects, which she recently teased in an Instagram post. Her debut book, Natalie Portman’s Fables, comes out in late October.

Sorry, no grisly car accidents, violent doppelgängers, or tragic dénouements here. Fables, Portman wrote, is full of “stories that give kids the morals that get passed down from generation to generation.”

Portman’s retellings of three classic stories—the Tortoise and the Hare, the Three Little Pigs, and Country Mouse and City Mouse—were shaped by her own encounters with the books available for her children.

“When my daughter was born, I was introduced to a whole new genre of literature, the feminist baby book,” Portman wrote. “Every gift we received seemed to be about fierce girls, women who changed history and, yes, literal feminist babies . . . And no one gave me those books for my son to read five years earlier. It felt wrong that boys get to read normal, fun stories about caterpillars and rainy days, and numbers that talk, and girls get loaded up with the socially conscious seriousness already.”

Portman noted how she would often assume anthropomorphized animals were male. She sees her book as working against that norm. “These classic tales have a great message,” she wrote, “but are ‘gender-safe’ so we’re not telling any of our children that boys’ inner lives are not more valuable to imagine than those of girls.”