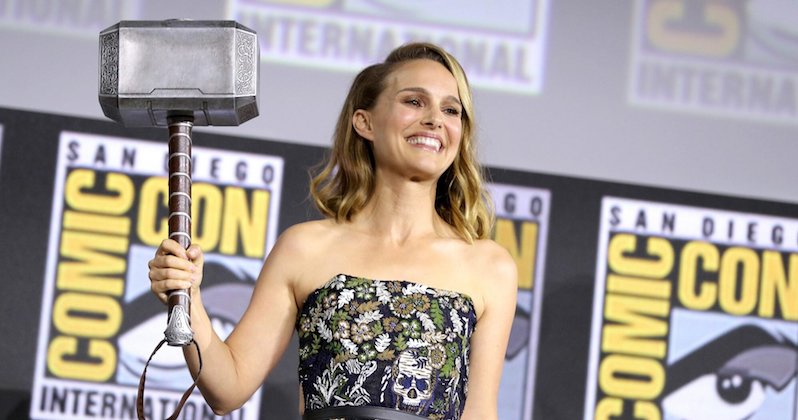 Ferrante fanatics of the world, rejoice (or, you know, despair if you like. I don’t know your taste in actors): Natalie Portman—the Academy Award-winning star of Black Swan, Jackie, and, eh, Thor: The Dark World—is set to executive produce and play the lead in an upcoming HBO Films adaptation of the mysterious Italian writer’s 2002 novel, The Days of Abandonment.

As reported by Deadline earlier this afternoon:

Written and directed by [Maggie] Betts, The Days of Abandonment revolves around Tess, played by Portman. When Tess, a woman who abandoned her own dreams for a stable home life, is in turn abandoned by her husband, her world is thrown off its axis. Adapted from Ferrante’s tour-de-force novel of the same name, The Days of Abandonment is a visceral, no-holds-barred journey into the mind of a woman in crisis that confronts the norms of motherhood and female identity as Tess traverses the darkest reaches of her own psyche.

No stranger to playing women who are forced to traverse the darkest reaches of their own psyches in the wake of destabilizing abandonments by the men in their lives (see Jackie, Annihilation, Lucy in the Sky) Portman seems a good fit for the role. The real question is: will she be able to win over the famously ferocious Ferrante hive?

Ferrante herself seems to think so. The author has signed on as an executive producer on the film.

No word yet on when shooting will begin, so we’ll all have wait a while before we can judge for ourselves.