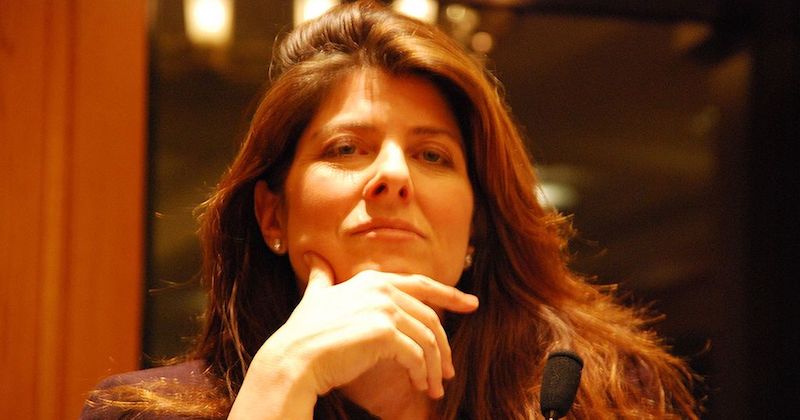 Naomi Wolf, unabashed COVID-truther, has been banned from Twitter.

On Saturday, Naomi Wolf (The Beauty Myth) joined a cohort of other users in Twitter jail. Her alleged crime? Spreading misinformation about COVID and coronavirus vaccines.

Wolf, an unabashed anti-vaxxer, said that the vaccines are actually a “software platform that can receive uploads.” She also claimed, “the best way to show respect for healthcare workers if you are healthy and under 65 is to socialize sensibly and expose yourself to a low viral load.”

In one of her more recent tweets, she advocated that “vaccinated people’s urine/feces” should be separated from the general sewage system until researchers could study its impact on the unvaccinated via drinking water.

According to The Hill, Wolf also compared Dr. Anthony Fauci to Satan.

Of course, Twitter’s decision to ban Wolf was met with equal parts approval and criticism. Some people, who apparently didn’t mind Wolf’s unfounded conspiracy theories, were quick to decry the evils of “Cancel Culture” and cite Wolf’s ban as a violation of “free speech.” Others praised Twitter’s action.

NeuroTribes author Steve Silberman tweeted, “Yes, Naomi Wolf is finally banned from Twitter. I won’t signal-boost her lies, but I will say this: As a historian of #autism, I’ve been reading vile anti-vaccine propaganda for 20 years, and Wolf’s claims were as out-there and delusional as I’ve ever seen.”

On March 1, 2021, Twitter announced that it would begin labelling tweets that promoted misinformation about COVID vaccines and ban users who continued to spread unsubstantiated claims. They also implemented a “strike system,” which “further helps to reduce the spread of potentially harmful and misleading information on Twitter, particularly for high-severity violations of our rules.”

This isn’t the first time Wolf has landed in hot water for touting false information as fact. In 2019, Houghton Mifflin Harcourt canceled her book Outrages: Sex, Censorship and the Criminalization of Love after numerous factual errors were discovered.

Will Wolf be allowed to come back to Twitter? Somehow, I highly doubt it. Who knows, maybe she’ll take a page out of Trump’s playbook and start a blog? (YIKES!)