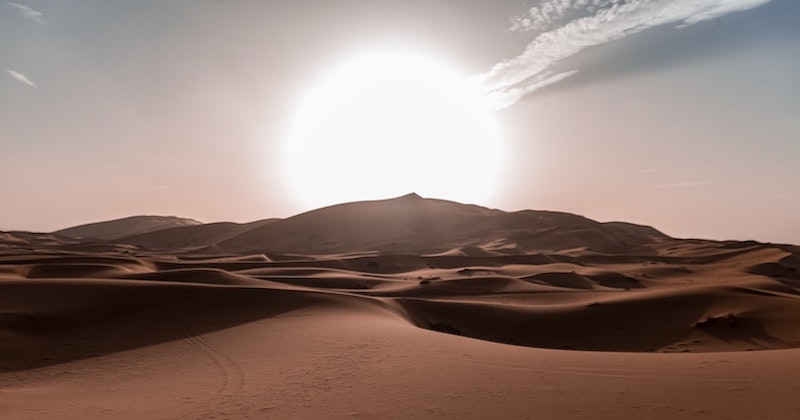 Nadifa Mohamed on the Long, Strange Journey of Her Uncle Kettle

“My sense of belonging to Hargeisa, the city of my birth but not his, has dissipated in his absence.”

It was at some point in the mid-80s that Somalia became reminiscent of one of those ancient Amazonian species of flora that lie dormant for decades only to reanimate, flower and send their spores out into the wind. We went first, implanted into the claggy earth of England, followed by two grandmothers, three uncles, three aunts and just over 20 cousins, who were caught in the wire and tarpaulin refugee camps dotting the Somali-Ethiopian border.

One of those uncles, nicknamed Kettle in Somali due to his quick temper, had a strange journey. Deported from Saudi Arabia after many months in jail (a flogging every Friday) he was put, penniless, onto a ferry crossing the Red Sea to a country in the livid madness of civil war. His crime was to have been found with alcohol at a party (his own, celebrating his departure from the Kingdom) where a row between two of his guests had ended in murder. Kettle had had a difficult time even as a child: the youngest surviving child of a mother, Goldie, who had lost five other children in infancy, and whom he tormented with his runtiness, fragility and inability to walk. Goldie delivered him to as many traditional doctors as she could find—he was purged, burnt, cut, but to no avail.

Eventually, he willed himself into health and finally left the sling on her back at the age of four to attend Qur’anic classes and then primary school. Kettle excelled at his studies and learned to speak English with the same measured, formal tones as his eldest brother, Osman, who worked for the BBC World Service. This knowledge of and perhaps even love for English and Arabic would carry him through life; he worked as a translator for numerous embassies in Saudi Arabia, including the Japanese, until he was selected to establish a Telex network across the country. From Bedouin settlements to oilfields to Texan-styled metropolises and the holy cities of Mecca and Medina, he established exchanges through which written messages could be sent internationally, long before fax, email and SMS came into use.

Despite his professional success, he was unable to sugarcoat his words or back down from a fight, two qualities that in Saudi Arabia can mean serious problems for a foreigner, especially an African. Kettle swaggered and wore big, billowing suits and shiny tiepins; he used corporate employment sponsors rather than endure the humiliation of a Saudi holding his passport and making unreasonable demands. He took the freedoms that Saudi men felt were their own, including drinking alcohol, and looked them in the eye. In a country where foreign maids are still executed for witchcraft and Africans are casually referred to as abids (slaves), he danced along that tightrope of maintaining both his dignity and his safety.

On that ferry, catching up on the news from Somalia from other passengers, he would have passed the “Gate of Tears” strait that squeezes the Red Sea into a swimming pool between Djibouti and Yemen. Government planes were eviscerating the two main towns in northern Somalia, Hargeisa and Burao, and the people were in flight: over the border to Ethiopia, or to the countryside or to Mogadishu, if they could afford it. Kettle’s wife and five children were somewhere in that tempest. They had not communicated in nearly a year and suddenly the bachelor life he had been living in Saudi Arabia seemed a dereliction of duty, despite the impossibility of making a living in the Somali Democratic Republic. Would it have been possible to hear mortar fire or see circling bombers as the ferry docked in Berbera? I don’t know, but that baking ancient port must have been both deserted and cacophonous, as fighters darted in and out of coral stone Ottoman mansions and looted depots.

He was an Old Testament prophet putting the world to rights, etching it into the hard drive of my camera, smiling sometimes at his own acerbity.

The road from Berbera to Hargeisa stretches nearly 100 miles and Google Maps tells me it is a 32-hour walk. Kettle walked that distance on a rough, Chinese-built tarmac highway cut through the Guban desert. His grandfather, Farah of the Hundred Camels, wouldn’t have broken a sweat but for small-boned, besuited Kettle it must have been hell. The Guban desert, just a few meters above sea level, shimmers with wet heat and multi-hued snakes. I imagine him holding his jacket over his head and sipping from a glass bottle of orange-flavored Mirinda that he somehow purchased or inveigled in Berbera. No vehicles would have passed but as night came the temperature perhaps cooled by ten or so divine degrees and allowed him to make faster progress. It is a journey that could kill, that probably has killed many, but he survived and arrived at his family home in Hargeisa to find it abandoned.

Knowing how well Somalis keep tabs on each other, in normal society never mind during the dictatorship, a remaining neighbor or acquaintance must have told Kettle where his family had gone and the news was worse than he had expected. They had all been separated in the chaos of the first day of fighting and had fled in different directions. Wife. Five daughters. Son. Brother. Mother. Whom to pursue and where?

Following the weeping trail of lost shoes, burnt-out cars, and dead bodies out of the Hargeisa and towards the Haud desert that separates Somalia and Ethiopia, he searched for more news of his family. The deluge of refugees had slowed to a trickle, making the stragglers so much easier to pick off from the air and by roving groups of soldiers. I wonder how he prepared himself for what must have seemed an unavoidable meeting with death? He was courageous, always had been, but it is another thing when you are looking down the barrels of many Kalashnikovs. Who would bury him and rest his left cheek on the soil?

They were all in Ethiopia. In the scattering of makeshift camps cobbled together from what aid agencies working in other parts of Ethiopia could spare. Wife. Five daughters. Son. Brother. Mother. They were all alive. He survived the trek too and reunited them in increments, pulling the family together into one unit again, only to have his brother, Ahmed, succumb to an untreated heart condition. They were in that camp for many years before they could return and sleep in the ruins of their former home; Kettle rolling a blanket under the stars and listening to the World Service on a cherished radio.

Uncle Kettle told me all of this in the Star Hotel in Hargeisa, when we met for the first time in 2008. He was the last remaining member of my mother’s family, and I expected someone like her—shy, private, watchful—but only the last description was true of him. He stirred his cappuccino and watched me set up my camcorder; I glanced back at him, reading his face for signs of my mother. I was doing research for a novel set during the Somali civil war and interviewing as many willing family members as possible.

He was short and small-boned like my mother, but his face was darker and wolfish while she is soft-featured and golden. His small eyes were a rheumy blue and his teeth an astonishing melange of black, green and gold, but there was the same downturned, hooked nose that gave their faces a look of constant disapproval. He was impeccably dressed, working for the new government in Somaliland, a cushy job in an office with a chauffeur, but he was still rebellious, thinking about moving to Somalia to enter the shark’s mouth of Mogadishu politics, to my mother’s horror. He had a hodgepodge of health problems and his forearms were shockingly thin but life burnt out from him, nothing was forgotten, nothing forgiven. He was an Old Testament prophet putting the world to rights, etching it into the hard drive of my camera, smiling sometimes at his own acerbity. There was something in him that I don’t see often; a desire to see himself and the rest of world with brutal clarity, without evasion, fatalism, shame or care for propriety. I loved it and quickly grew to love him.

He carried my novels around with him in Hargeisa, where he finally decided to stay, to boast to friends and peers that his niece was a published author. He took wonderful care of his clothes and terrible care of himself and was hospitalized a few times, once clambering out of his bed, barely alive, so that he could go to his favorite restaurant, until he finally capitulated to the ruin of his heart, kidneys and liver.

Uncle Kettle is buried in what must be one of the world’s most desolate cemeteries, in the hilly, scrubby, semi-desert outside of Hargeisa, his grave marked with a pile of rocks and his proper name, Mohamed Faarax Kaahin, painted onto a slab, two acacias standing sentinel nearby. My sense of belonging to Hargeisa, the city of my birth but not his, has dissipated in his absence. I still expect to see him there, to take him out for a large meal that he won’t eat, to laugh at his sharp tongue. My heart still jumps when I see an older man in a billowing pinstripe suit, battling the wind, a thick wooden cane in his hand, walking in the particular straight-legged fashion of a certain Somali gentleman. 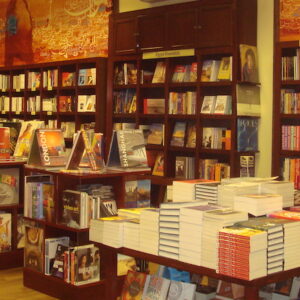 To the uninitiated pedestrian, Diwan was just one of several shops behind the Baehler mansions’ ornate exterior. The traditional...
© LitHub
Back to top
Loading Comments...