"I feel the Force. I listen to my gut. I write what feels good."

On Wednesday, N.K. Jemisin—the “Hugo-winning, bestselling, science fiction and fantasy-writing, cat-owning, bike riding, video game playing, Southern-raised but New York dwelling full-time author, and part-time reviewer for the New York Times,” as she described herself—answered reader questions in an AMA over at Reddit. Jemisin was promoting the third book in her incredible Broken Earth trilogy, The Stone Sky, which came out this month. If there are any readers looking at this, wondering whether to take a chance on this series (or this writer)—I am here to tell you to do it. Yes, even if you’re not a big SFF reader. These books are intricate, humane, deeply considered and deeply felt, in addition to being very good adventures. They are also timely reminders that our relationship with our planet is a relationship, one that we have been abusing for some time now. I promise you won’t be disappointed. (And hey, the first book in the series is being developed as a television show for TNT, so you might as well get reading now.) Below, I’ve pulled out a few of the highlights from Jemisin’s AMA—or head here to read the whole thing.

On the best piece of writing advice she got before becoming a published writer:

On whether she’d share her earliest work to make current aspiring writers feel better about themselves:

I do have those first novels (from when I was, like, twelve), but they will not see the light of day while I’m alive! Sorry, I’m sure it would be encouraging to you, and do what works for you when you get published, but that would not work for me! Anyway, I think I can safely say that all beginning writers are terrible, and you don’t need to see proof of that to know it’s true!

On using the second person:

I used second person because it felt right for the story. The impact I hoped for was simultaneously a sense of detachment that would replicate Essun’s level of disassociation (I was trying to convey her PTSD) and a level of intimacy that second seems to handle well. No special tips [on how to use it], other than noting that it’s gonna feel weird at first because most of us don’t use second on the regular. You get used to it, though.

On being discouraged from being a writer, particularly a writer of speculative fiction:

Well, people discouraged me from writing, period. When I was a kid, I got some flak from folks who seemed to think only white people could be writers. I got past that by finding role models—my aunt Janet Cheatham Bell, who’s a pro writer; Octavia Butler; more. Later I had folks discouraging me from trying to get published with one of the Big Six (I think we’re down to Big Three or something now); I remember having to leave some forum or another of black SFF writers because a lot of them were telling each other that traditional publication was pointless and self-publishing was the only way. I don’t have a problem with self-publishing for those who want to do it, but I wanted my books in libraries, in other languages, in schools. [Traditional publication] seemed best for that. And ignoring the naysayers and trying for tradpub anyway worked out for me.

On the proper spelling and pronunciation of her cat’s name:

The kitty is KING OZZYMANDIAS, which must always be written in caps, and when spoken aloud must be accompanied by an “invisible orange” hand gesture. But he’s Ozzy for short. :)

On what she hopes to see in the world of speculative fiction going forward:

On whether she’s seen improvements in the diversity of the publishing world in the last fifteen years:

My original editor at Orbit was a woman of color (Asian) herself, and I’ve met a few editors and agents who were. Most of them predate me in the biz, tho. It’s tough because the field itself has some structures in place that make it hard for PoC to break in—like the tendency for most publishing houses to hire unpaid interns. NYC is expensive; “unpaid” effectively means you’re paying to work for the publisher, so only people from well-off backgrounds can afford to do an internship. And most publishing houses hire from people who’ve done internships. Most agents are former employees of publishing houses. So it’s a pipeline problem. I have seen that some publishers are starting to offer paid internships to change this, tho. So we’ll see if that helps.

On how she balanced writing with her full-time job:

I balanced it poorly, which is why I eventually had [to] run a Patreon and, when it was successful, give up my day job. I managed both for near-on 20 years, though, by picking jobs that I enjoyed, whenever possible. One of my hats is career counselor, so I knew work-life balance was important to me, as was having co-workers who I liked spending time with, and so on. That helped a lot. And I had very modest writing goals on work days—like 100 words, or 250, no more. I was perfectly OK with doing nothing but editing a previous chapter on those days, too.

But eventually having two careers really just started taking too much of a toll, and my health suffered. I was dealing with a lot of heavy family stuff these last couple of years, too—so without the Patreon, The Stone Sky probably would’ve been late. Thank my patrons that it wasn’t!

On why her magic system works the way it does:

It’s really hard for me to answer “why do you write the way you do” questions, mostly because the answer is “because I feel like it.” I don’t mean that flippantly; it’s just that there isn’t another answer. I think non-writers must have the idea that writing is all somehow intentional and strategic and . . . it just isn’t. I feel the Force. I listen to my gut. I write what feels good.

As for the magic system, though, I did want to play around with the notion of “any sufficiently systematized magic is indistinguishable from science.” And also I wanted to play with the idea that how you think about science (or magic) influences what you’re capable of doing with it. So for example, because the people of the Stillness have a culturally-ingrained distrust of metal, they’re unable to do some stuff that we think of as basic: smith swords, for example. But they do other things that seem advanced to us, like polymer science. So I just applied that to the idea of magic, and the ways that beliefs and knowledge shift over time and under the pressure of survival. And then I wrote what felt good. :)

At the end of the day, I really just wanted to mess around with the notion of magic. In the first book they never speak the actual word; I use pseudoscience terminology instead. In the second book they mention the word, but it’s outdated, as archaic and useless for the needs of the present as the concept of magic is for us in the 2017 real world. In the third book we see the pinnacle of that magic (in Syl Anagist) and it’s so complex and technologically powerful that it’s clearly a science, whatever it’s called. So does it matter what it’s called?

I don’t really plan out families/relationships. I just try to make sure that all of my main characters have a rich internal life—that is, that they have families, beliefs and motivations of their own outside of the plot, hobbies and habits, weird quirks, and so on. All the things that make a character complex and not just a placeholder. If you do it right, the character basically writes herself.

On what a “white, cisgender man who is well-off and generally has a good life” can do to “advocate for people who are not like [him]”:

I’d say that people who are not like you are generally doing a good job of advocating for themselves. Might help to just signal-boost them wherever you see them. Do keep in mind that one of the problems marginalized writers face is visibility, in some cases because they’re drowned out by more privileged writers. So if you’ve got a platform, share it!

N. K. was my decision. I have indeed talked about this before, but the short version is, I started my career before Google and natural language processing was a big thing in search technology, and back then using initials was enough to distance my fiction writing from my academic writing. Now it isn’t (but I’ve taken my academic writing down anyway, so it doesn’t matter). I wasn’t concerned about concealing my gender. I figured my race would be a bigger deal, if I ever became known.

On the stereotype of depressive artist:

I don’t think creative people are any more “naturally” prone to depression than anyone else. I think the nature of creative work, however, means lots of time spent alone—which means that when a creative person slips into mental illness, others might not notice the early signs in time to help that person into treatment. So the person “self-medicates” because they’re feeling bad, which compounds the problem.

On what motivates her to keep writing when the writing gets hard:

What motivates me to keep going is my support network. I’m very lucky to have a good writing group (though I’m on hiatus with them now) and good friends who’ll push me when I falter! . . . [And] hanging out with other writers, hearing their struggles with self-doubt, and realizing that just comes with the territory. Then we tell each other to get over it and get back to writing.

On what she’ll be working on next:

I’ve already started working on a new book based on my short story “The City Born Great.” [Ed. note: !!!] 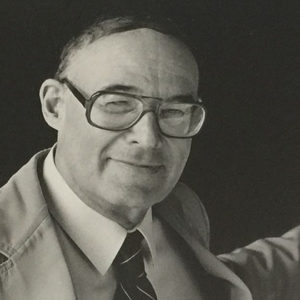 In memory of Richard Stern. I met Dick in the fall of 1956, and thus was initiated a 57-year-long literary conversation...
© LitHub
Back to top