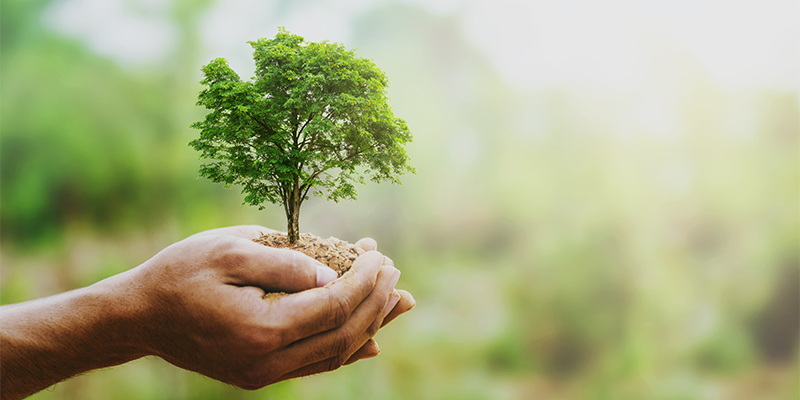 A great deal of environmental discussion is scientific: we constantly hear about emissions, particles, pollution levels and the ozone layer. This provides us with essential information and we have become familiar with the terminology. But it does not move us emotionally. Today we tend to use the term “myth” rather vaguely to mean something that is not true. When we hear of gods walking on the earth, a dead man striding out of his tomb or a sea parting to release an enslaved people, we dismiss these tales as “only myths.” But in the past, “myth” meant something entirely different.

For most of human history, there were two ways of thinking, speaking and acquiring knowledge about the world: mythos and logos. Both were essential to comprehending reality: they were not in opposition to one another but complementary modes of arriving at truth, and each had its special area of competence.

Mythos was concerned with what was considered timeless. It looked both back to the origins of life and culture and inward to the deepest levels of human experience. It was concerned with meaning not practical affairs. Humans are meaning-seeking creatures. If our lives lack significance, we fall very easily into despair, and it was mythos that introduced people to deeper truths, making sense of their moribund and precarious lives by directing their attention to the eternal and universal.

As far as we know, cats do not agonize about the feline condition, worry about the plight of cats in other parts of the world, or try to see life from a different perspective. But from a very early period humans felt compelled to devise stories that enabled them to place their lives in a different setting and give them a conviction that—against all the depressing evidence to the contrary—life had some meaning and value.

Mythology points beyond the chaotic flux of historical events to what is timeless in human life, helping us to glimpse the stable core of reality.

A myth is an event which, in some sense, happened once, but which also happens all the time. Mythology points beyond the chaotic flux of historical events to what is timeless in human life, helping us to glimpse the stable core of reality. It is also rooted in what we call the unconscious mind. Myths are an ancient form of psychology. When people told tales of heroes descending into the underworld, struggling through labyrinths or fighting with monsters, they were bringing to light fears and desires from the obscure regions of the subconscious mind, which is not accessible by purely logical investigation but has a profound effect on our experience and behavior.

Myth could not be conveyed by rational proof; its insights were intuitive, like those of art and poetry. What’s more, myth became a reality only when it was embodied in rituals and ceremonies, enabling participants to apprehend the deeper currents of life. Myth and ritual were so inseparable that it is a matter of scholarly debate which came first. Without spiritual practice, the mythical story would make no sense—in rather the same way as a musical score remains opaque to most of us until it is interpreted instrumentally.

We are far more conversant today with logos, which is  quite  different  from  mythical  thinking. Unlike mythos, logos corresponds to objective facts. Logos is wholly pragmatic: it is the rational mode of thought that enables human beings to function. It is the basis of our modern society. We use our logical powers when we want to make something happen, to achieve something or to persuade others to adopt a particular opinion. Where myth looks back to origins, logos forges ahead, develops new insights and invents something fresh. It also, for good and ill, helps us to achieve greater control over the natural environment.

Where myth looks back to origins, logos forges ahead, develops new insights and invents something fresh.

But logos, like mythos, has limitations. It cannot answer questions about the ultimate value of human life. It cannot assuage our sorrow. It can unveil wonderful new facts about the physical universe and make things work more efficiently, but it cannot explain the meaning of life. From a very early period, Homo sapiens understood this instinctively. He used logos to develop new weapons and hunting skills; and he turned to myth, with its accompanying rituals, to reconcile him to the inevitable pain and grief that might otherwise overwhelm him.

Before the modern period, both mythos and logos were regarded as essential, but by the eighteenth century the people of Europe and America had achieved such astonishing success in science and technology that they began to discount myth as false and primitive. Society was no longer wholly dependent on a surplus of agricultural produce—like all previous civilizations—but relied increasingly on technological resources and the constant reinvestment of capital.

This freed modern society from many of the constraints of traditional culture, whose agrarian base had always been precarious. The long process of modernization took some three centuries and involved profound changes: industrialization, the British agricultural revolution, the political reform of society and an intellectual “enlightenment” that dismissed myth as futile and outmoded. Yet while our demythologized world may be comfortable for those of us fortunate enough to live in First World countries, it has not become the earthly paradise predicted by Francis Bacon and other Enlightenment philosophers.

We must disabuse ourselves of the fallacy that myth is untrue or represents an inferior mode of thought. We may be unable to return wholesale to a premodern sensibility, but we can acquire a more nuanced understanding of the myths of our ancestors because they still have something to teach us.

And of course, we continue to create our own myths, even if we don’t describe them as such. The twentieth century saw the emergence of some very destructive myths that ended in massacre and genocide. We cannot counter these bad myths with reason alone because undiluted logos cannot deal with deep-rooted fears, desires and neuroses. We need good myths that help us to identify with our fellow human beings, and not just with those who belong to our ethnic, national or ideological tribe.

Only if myth is translated into action do we discover its relevance and meaning.

The great myths of the past presented the natural world as imbued with sacrality. But—I repeat—a myth makes no sense unless it is translated into practical action. Myths were not just cautionary tales: they had to be put into practice and were therefore always accompanied by ritual. Ritual, like myth, is often misunderstood in our pragmatic world; in the early modern period, it was rejected even by religious people as outdated superstition. Yet ritual ceremonies were indispensable to pre-modern religion, and they never were wholly spiritual affairs but involved the body and, through the body, the emotions.

Neurophysicists tell us that, without being consciously aware of it, we receive and transmit important information through our senses, physical movements and gestures. Carefully crafted rituals making use of emotive music, dance and drama can dramatically bring a mythical event of the distant past into the present. If devised with sufficient skill, they can also yield an aesthetic ecstasy that enables participants to “stand outside” their mundane selves for a moment.

By acting out a ritual role with skill and concentration, we can leave the self behind and, paradoxically, achieve self-enhancement. Through the arts we experience a more intense form of being and feel part of something larger, more momentous and complete. Only if myth is translated into action do we discover its relevance and meaning.

Many of our ancestors’ myths taught them how to revere the natural environment. Unlike in our modern environmental discourse, nature was presented and experienced imaginatively and aesthetically rather than scientifically, and this involved the emotions and the body. Different cultures across the world saw nature as imbued with the sacred in remarkably similar ways. Perhaps this perspective is built into the structure of the human mind.

But the religious ceremonies were not just aesthetic exercises: they demanded practical commitment and response. We shall see that these rituals were hard work. They were time-consuming and demanding; they involved, quite literally, sacrifice. They not only expressed a deep anxiety about the sustainability of our world but made great demands on participants, who were expected not just to honor the divine in nature but also to reform themselves—to transcend their egos and reach out to all their fellow human beings. If today we have come to realize that devotion to the planet requires devotion to everything and everybody on it, then this is a perception that dates back to the very beginning of humanity. 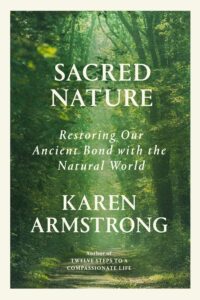 Sacred Nature by Karen Amstrong is available from Knopf

Karen Armstrong is the author of numerous books on religious affairs, including The Case for God, The Lost Art of Scripture, A History of God, The Battle for God, Holy War, Islam, Buddha,and The Great Transformation, as well as a memoir, The Spiral Staircase. Her work has been translated into 45 languages. In 2008, she was awarded the TED Prize and began working with TED on the Charter for Compassion, created online by the general public, and crafted by leading thinkers in Judaism, Christianity, Islam, Hinduism, Buddhism, and Confucianism. She is currently an ambassador for the United Nations Alliance of Civilizations.

Behind the Scenes of Roger Corman’s Campy, Culty The Little Shop of Horrors 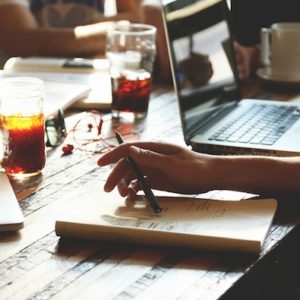 On June 19, 2019, at 12 on the dot, I’m waiting on the jetty outside Amsterdam’s Rijksmuseum as I see the familiar figure...
© LitHub
Back to top
Loading Comments...