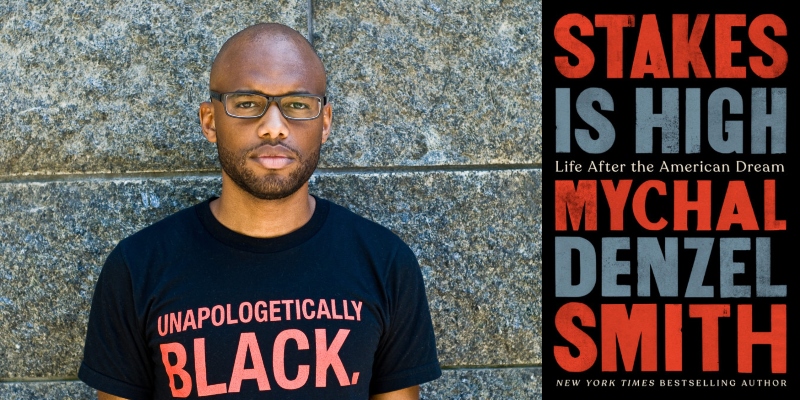 In this episode, Mychal Denzel Smith, author of Stakes Is High: Life After the American Dream, discusses collective advocacy versus individualism, modeling accountability, and the surprise of living to 30 in a country built on white supremacy.

Mychal Denzel Smith: We have to actually believe that what we see as a moral future, in which every person is cared for and every person has the right to self-actualization and that we share and that we look out for one another—we have to believe that that is possible now, because if we keep hedging, we’ll keep acting on the hedge. We won’t fight as forcefully. We won’t love as forcefully in the moment, believing that what we’re building toward is something that looks more egalitarian, something that looks like utopia. And sure, we can wrestle with the ideas of utopia, and we can have that philosophical discussion. But if we’re not imagining our best world, and we’re not believing that it’s possible, then all the actions that are going to be produced in our present moment are things that fall short of that.

Jordan Kisner: Which translates to a willingness to let some people die because we feel like, oh, it’s just not super practical.

Mychal Denzel Smith: It’s not practical to fight for universal health care because you’re not going to win it. So now in the midst of a global pandemic, people don’t go to the hospital because they’re worried about their medical bills. People aren’t calling ambulances when they need them. We’re not able to test everyone that we need to. And it’s just like, well, that means that that number, 150,000 at the time we’re speaking, is going to continue to climb because we’re unwilling to believe that that thing is possible and that we’re not going to convince whoever to get on board with it. We’re OK with sacrificing people now for our limited political vision or limited political imagination, because we’re just like, oh, that thing looks hard. It looks hard to do that.

Mychal Denzel Smith is the author of the just-released Stakes Is High: Life After the American Dream as well as the 2016 New York Times bestseller Invisible Man, Got the Whole World Watching. His work has appeared, online and print, in the New York Times, Washington Post, Harper’s, Artforum, Oxford American, New Republic, GQ, Complex, Esquire, Playboy, Bleacher Report, The Nation, The Atlantic, Pitchfork, Bookforum, and a number of other publications. He has appeared on The Daily Show, PBS Newshour, Democracy NOW!, Full Frontal with Samantha Bee, MSNBC, CNN, NPR, and more national and local radio/television programs. He is featured in and was a consulting producer for “Rest in Power: The Trayvon Martin Story.” He was also a 2017 NAACP Image Award Nominee. He is a fellow at Type Media Center. You can follow him on Twitter at @mychalsmith. 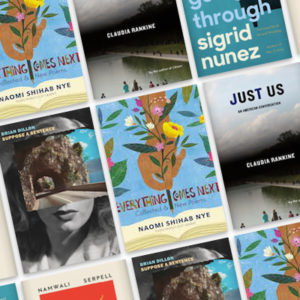 Sigrid Nunez, What Are You Going Through (Riverhead) Sigrid Nunez’s The Friend shot into bestseller-dom in 2018, one of the select...
© LitHub
Back to top