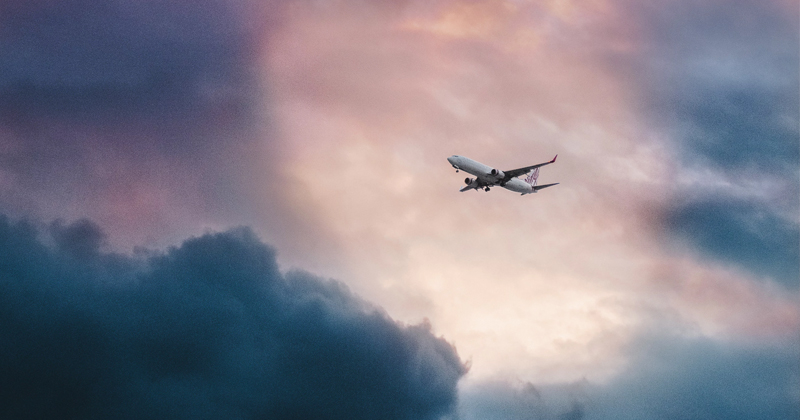 My (Tiny) Mother, the Pilot: A Writer in Uncharted Territory

On Fears of Flying and Writing

My mother can fly an airplane.

I doubt anyone would guess it. There are a lot of details I could use to describe my mother, but if you were to ever meet her, one of the first things you would say to yourself is that she is, in a word, tiny. At her heaviest she perhaps weighed 90 pounds; now as she ages she is closer to 75. She works as a volunteer at the local library and is very much someone you expect to see there: A dainty older woman in reading glasses and ballet flats, always ready with a helpful answer and a demure smile. When people picture a pilot, the truth is that they typically envision a man—and usually a very masculine, “cocky” man, to boot. In other words, no one pictures someone like my mother.

And yet, my mother can fly an airplane. I suppose, in a way, this fact should not come as a surprise to me. After all, my family is full of aviators. My grandfather served as a flight instructor for World War II pilots. He loved the more thrilling side of aviation and told stories about “barnstormers,” aka stunt pilots and daredevil wing-walkers. My father was a captain in the US Air Force and flew an F-111 fighter jet during two tours of duty. As a child, my parents brought me to countless airshows.

By now you’re probably speculating that I, too, am an aviation enthusiast, and love flying. But if that’s your guess, you’re wrong. One of my more embarrassing defects is that, while the rest of my family can actually pilot a plane, I get sweaty palms while simply boarding a commercial flight. According to the National Institutes of Mental Health, I am not alone. Twenty-five percent of Americans are anxious about flying. Six-point-five percent suffer from full-blown “aviophobia,” i.e. fear of flying. And more than half of fearful flyers are women.

When I spoke to my mother about her former flying days, I got the impression that her thinking on the subject could be boiled down to, “Why not?” Her father could fly airplanes. Her husband could fly airplanes. Why not her? So there she was, two years into her marriage, taking flying lessons, fulfilling the requirements. When she completed her first solo flight (necessary to officially earn your “wings”) she commented to her instructor with surprise that landing the plane had been mysteriously easy. A very heavy gentleman, he gave her a look and dryly informed her that the reason her landing had come so easily was likely because he—and his weight—were not aboard the aircraft. When my mother tells me this story, she always mentions how terrified she was to think she had insulted her instructor. She never mentions having any fear of flying itself. She describes coming in for a landing, lining the plane up with the runway and pointing the plane’s nose down while hoping for the best, but never mentions feeling afraid. Meanwhile, even just listening to my mother describe her first solo landing makes my heart speed up a little and my mouth go dry.

“In sitting down to write a novel, you don’t always know where you’re going, or if you’re going to get there all right.”

Given my own fear of flying, it might surprise you to know that my most recent novel centers upon a group of daredevil aviators and a flying circus. Here I am, a girl who panics upon boarding your everyday commercial jetliner, yet somehow I found myself writing scenes where my characters literally walk on the wings of airplanes. At first blush, it doesn’t make any sense. However, fear and writing are bound by a very complex relationship, and in many ways, writing about something you fear can be very revealing—sometimes even cathartic. If writing fiction is an act of imagination, then that act shows you the space between your own experiences and those of others, as well as the shape of the translation that bridges this space. For me, as specifically concerns writing about aviation, the translation is a question of turning terror into thrills, while trying not to dull the potency of the underlying raw emotion.

I won’t profess to having conquered my own fear of flying through this process, but I will say that the process was somewhat therapeutic in that I can not only honestly imagine what it might feel like to be unafraid of flying, but I can imagine what it might be like to even be possibly thrilled by it. The difference is astounding.

Of course, flying and the fear of flying offer a metaphor to describe the writing process that is just as astute as it is obvious. Writing can be a terrifying act; simply Googling “writing” and “fear” will reveal an endless list of quotes from famous writers attesting that this is so. In sitting down to write a novel, you don’t always know where you’re going, or if you’re going to get there all right.

With every book I’ve written, fear has played a role in both the character’s experiences and my own. “Piloting” a novel from its inception to its conclusion is a process steeped in equal measures exhilaration and anxiety, and—I imagine—is not unlike coming in for a landing, lining a plane up with the runway and pointing the plane’s nose down while hoping for the best. Now, having written this recent novel, when I have doubts about my own ability as a writer, or about my “appropriate” place within this industry, I sometimes think of my mother. I think of how, when people look at her, they would never expect that she possesses the ability to pilot an airplane . . . my tiny mother, the pilot. I think of her plucky fearlessness in learning how to fly, I picture how she tackled that first landing with confidence, hope, and determination. I think of her as I write my next novel, as I, too, push forward on a journey that will lead me into the unknown—a place I will only reach in an act of true faith.

Suzanne Rindell recently earned her PhD in English literature from Rice University in spring 2018. She is the author of the forthcoming historical mystery, Eagel & Crane (July 3, 2018), as well as Three-Martini Lunch (2016) and The Other Typist (2013). The Other Typist has been translated into 15 languages and optioned for film by Fox Searchlight Pictures. She divides her time between California and New York City and is currently working on her next novel.

'Some People Only Know Feminist Bookstores from Portlandia.' 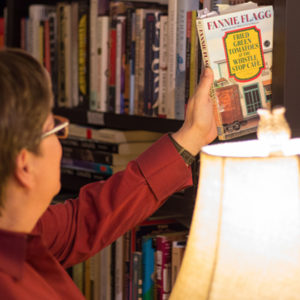 'Some People Only Know Feminist Bookstores from Portlandia.'

Violet Valley Bookstore is a queer, feminist bookstore located in Water Valley, Mississippi. Jaime Harker, who is also an English...
© LitHub
Back to top