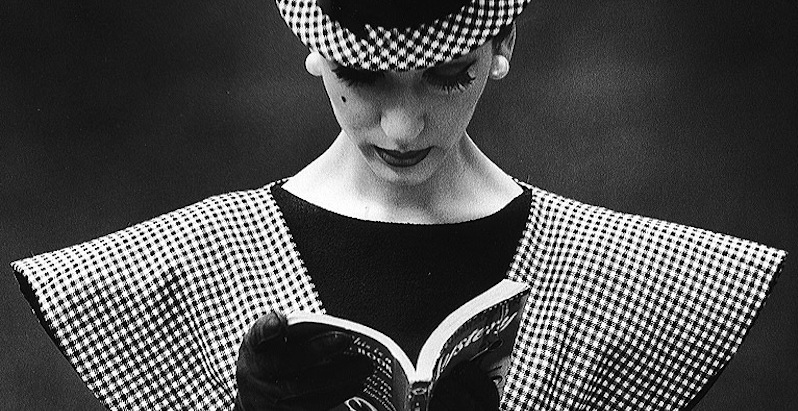 When I started writing my current novel, Paris Never Leaves You, I had no idea the protagonist, a young widow struggling to survive in Occupied Paris, would end up working in a New York publishing house. I knew she would get to America, but I assumed she would enter the fashion or beauty business as had many of the émigrés I’d known or read about who fled Europe after World War II. But the character who began to take shape in my mind was having none of it.

Strange as it may seem, writers pray for recalcitrant characters who refuse to follow the author’s dictates. They usually turn out to be better company for the writer and, one hopes, for the reader. The daughter of a French publisher, my protagonist, Charlotte Foret, had run a bookshop in Paris. Now she was determined to find work in a publishing house in New York.

As I look back on the writing process, I have no idea which came first—the logic of her continuing in the same field or my memories of working in a New York publishing house several decades after she did. I do know, however, that once I began writing about her days at a fictional house, which I called Gibbon and Field, my memories became increasingly vivid.

In the novel, Charlotte arrives in the world of New York publishing in the mid-1950s when America was in the giddy grip of postwar optimism, and paperbacks, which first appeared in 1939 and took off during the war, were revolutionizing the industry. When I went to work there in the late ’70s, the business was in the throes of even greater upheaval. Publishing Row, which has always been a state of mind rather than a particular section of the city, was a Wild West.

Conglomerates were gobbling up small privately owned houses like the one where I worked, which was owned by a talented, if eccentric publisher, the equivalent of the most trigger-happy gunslinger in town. Television was transforming the way books were publicized and sold. Suddenly the physical appearance of the writer and the way she came across on the small screen were as important, if not more important, than the book she’d written. And the huge sums being paid for the rights to publish hardcover bestsellers in paperback format suddenly made paperbacks the tail that wagged the dog of hardcover publishing.

In the fictional version of one crisis I faced, the entire print run of a mystery Charlotte is publishing comes off the press without the final page that revealed who did it.

I started out not as an editor, as my protagonist Charlotte does, but as a catalogue copywriter. In those days, publishers turned out two catalogues a year announcing to bookstores, magazines, reviewers, and others in the business their seasonal list. A little while later, with two or three catalogues under my belt, I was promoted to director of publicity.

This was a mistake. As the publisher later told me when he fired me at the Christmas party (more about that below), he’d given me the job because he liked my writing but hadn’t realized I knew nothing about publicity and even less about television. I was around long enough, however, to get to know a variety of editors, salesmen—they were all men in those days, and called travelers—advertising and publicity people, and writers to fill the offices of my fictional publishing house.

But now that I was writing a book about their world, I began to see those colleagues and the moments I’d lived through from a new angle. I wasn’t surprised that the incidents I’d perceived as calamities then appeared merely amusing now, but I hadn’t expected to see the people I’d worked with in a more generous light.

In the fictional version of one crisis I faced, the entire print run of a mystery Charlotte is publishing comes off the press without the final page that revealed who did it. Charlotte manages to keep calm. She has more perspective than I did at the time.

In another instance, Charlotte’s colleague, who has spent her life dining out on a past friendship with Dorothy Parker, resembles a woman I worked with who couldn’t get through a conversation without mentioning her intimacy with a well-known gossip columnist of the day. I’d found her habit maddening. But as I wrote her fictional descendant, I began to find the ridiculous namedropping, or at least her need to do it, almost endearing. It’s hard not to have sympathy for a character once you’re inside her skin, as any novelist has to be to write the character.

There were, however, exceptions to this new empathy. The womanizing young editor in the book who slips off his wedding ring when he arrives in the city each morning and puts it on each night before returning to his wife in the suburbs bears an uncanny likeness to a junior editor with whom I worked. But if I wasn’t any fonder of him now than I was then, I was, in a sense, more protective.

In writing the fictional character, I left out the three-martini lunches he indulged in at least three times a week. Sometimes you have to heighten character or incident for drama, but more often, you have to tone them down if you don’t want the character to turn into a caricature or the incident into farce or melodrama.

In other instances, I stuck more closely to my memories. Charlotte’s publisher tells her he ignores his staff’s padding of expensive accounts and filching of gift books because he believes their minor larceny induces guilt, loyalty, and a reluctance to complain about their salaries. The publisher I worked for espoused the same philosophy.

Similarly, Charlotte’s comparison of the politics of an editorial meeting to the maneuvers of Papal elections, which I’d studied in my course in Renaissance and Reformation in college, was my reaction to the first editorial meeting I attended.

Another bizarre moment inspired a crucial scene in the novel, though in radically altered form. In those last days of small privately-owned publishing houses, informality held sway and unconventional antics brightened the workday. One afternoon, in a burst of euphoria at selling the paperback rights to a novel for a then-record sum, the rights’ director hopped on his bike and pedaled in and out of offices, among secretaries’ desks, and past the stunned visitors in the reception area. When Horace takes Charlotte for a spin to celebrate his own professional coup, it is after office hours, the place is empty, and his intentions are more complicated.

Two incidents that occurred during my stint working in-house did not find their way into the novel, though they were turning points in my life. One day while I was in the office of the editor-in-chief, whom I greatly admired, discussing the publicity for one of his books, he looked up from the schedule, pinned me with his gaze, and suggested that I quit my job publicizing other people’s books and go home and write one of my own. I like to think that his advice was a testimonial to his faith in my writing rather than a reaction to my incompetence in publicity, but I never had the chance to quit. The fateful Christmas party did me in first.

In those days, parties to celebrate the publication of a book were common, often lavish occasions. Publishers threw them for major books on the list. If the house didn’t offer to foot the bill, well-heeled authors or their friends staged the event. Writers, editors, reviewers, and others gathered to drink, gossip (now known as network), and flirt. Underpaid assistants did the same while foraging dinners out of pigs-in-blankets, angels-on-horseback, and other popular hors-d’oeuvres of the period.

I look back with a kind of rueful pleasure on my days working in-house, if not on the inexperienced in-over-my-head young woman I was.

In the novel, Charlotte goes to one of those book parties. Her experience is enlightening. Mine was disastrous, at least in the short run.

Part of my job as publicity director was to dance attendance on the guest of honor and any celebrities we’d managed to snare. At a party for a book I no longer remember, I was chatting with a popular and critically acclaimed writer who also happened to be a notorious womanizer. I don’t remember being offended by him; in those unenlightened days, sexual predation was still an accepted form of flattery. But I do remember wanting to discourage him without insulting him. I told him that though he might be a male chauvinist pig—the terminology of choice of the day—he was a charming male chauvinist pig.

I’d intended the words as a compliment meant to defang the pass, and that was the way he took them. The secretary to the publisher, however, who was passing as I spoke, heard the words, but was deaf to the tone. The next morning she reported to the publisher that she’d overheard the director of publicity calling one of the most celebrated writers of the day a male chauvinist pig. A week later, at the holiday party, the publisher gave me my Christmas bonus in the form of a metaphorical pink slip. Shortly after the New Year, I started a novel, as the editor-in-chief had urged me to.

Despite the firing, I look back with a kind of rueful pleasure on my days working in-house, if not on the inexperienced in-over-my-head young woman I was. I learned a great deal. I came to know editors and writers I admired and still do. And I got to read and read and read. But I have discovered a certain irony in returning to my past to write Paris Never Leaves You. I know from other novels I’ve written that in the future, I will sometimes be unable to distinguish between the real people and incidents of my life and those that exist in the fiction I wrought from them. 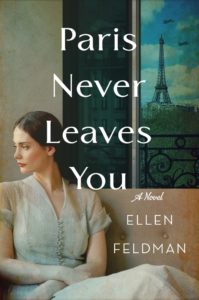 Ellen Feldman, a 2009 Guggenheim fellow, is the author of Terrible Virtue, The Unwitting, Next to Love, Scottsboro (shortlisted for the Orange Prize), The Boy Who Loved Anne Frank (translated into nine languages), and Lucy. Her novel Terrible Virtue was optioned by Black Bicycle for a feature film. Her new novel, Paris Never Leaves You, is available August 4, 2020.

Al Roker: Don't Worry. It's Okay to
Cry at Work. 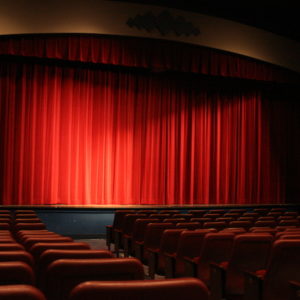 “When you started out, you wanted to work with books,” an administrator once told Conor O’Sullivan. “Now you want...
© LitHub
Back to top
Loading Comments...