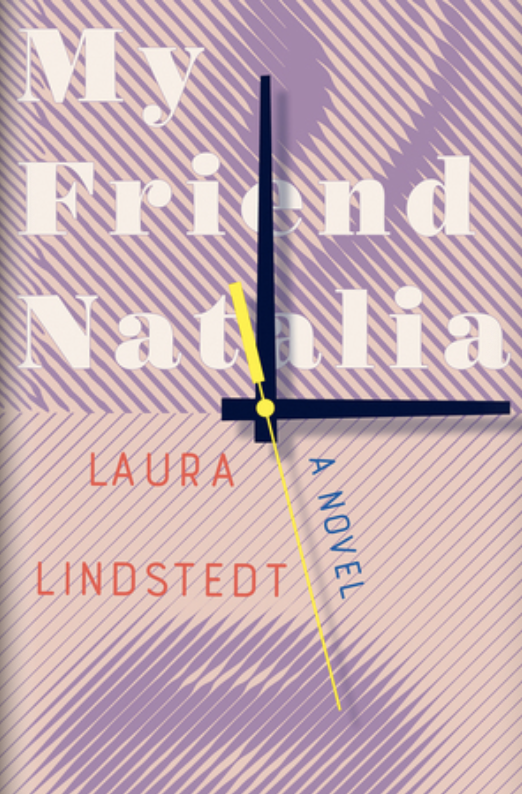 The following is excerpted from Laura Lindstedt's novel, My Friend Natalia, translated by David Hackston. Lindstedt is the author of Oneiron, winner of the Finlandia Prize—the country's highest literary honor. Her works have been sold in eighteen countries, and she lives in Helsinki, where she is revising her PhD thesis. Hackston is a British translator of Finnish and Swedish literature and drama. His translation of Pajtim Statovci's Crossing was a finalist for the National Book Award.

I am a psychologist, and I shouldn’t discuss my clients’ affairs. But on this occasion I will make an exception, as my former client—let’s call her “Natalia”—encouraged me to share her story. Her case might offer comfort to those women, and why not men too, struggling with similar problems. “Natalia” came up with this suggestion during one of our sittings.

Well, no, let’s correct that right away, so there’s no misunderstanding: she did not sit. My habit of referring to these sessions as “sittings” dates back to a time when I still believed in solutionfocused therapy. Back then, my clients and I would sit opposite each other in soft, comfortable armchairs, my own a shade of almond green, the client’s Russian blue. We sank against the backrests or, if the situation required it, we leaned closer toward each other; connected by our body language, we vigorously worked through a problem, be it of the classification F10-19.1, F43.2 or F50.2.

“Natalia” was one of my first clients to lie on her back without prompting. When I showed her round my office, which I had rented in an apartment next to my house, I told her about the couch. It was on that couch that “Natalia” would lie down if she chose me as her therapist, if she decided that of all the psychotherapists in this city, I was the one best suited to help her. Qualifications were very important to “Natalia.” She didn’t want to talk to any old shrink; she wanted a highly specialized professional.

I was immediately enchanted by the way in which “Natalia” walked into my office. At our initial meeting, the client generally sits in the armchair, the Russian blue one, and allows their eyes to roam the space. They are cautious and confused, glancing surreptitiously at the couch, which I show them and where, if all goes well, they will lie down next time and the process will begin. The couch has no backrest or armrests, but I still call it a couch, because referring to it as a bed would irrevocably break something inside my clients. And so, in their minds, they examine that couch, upholstered in terra-cotta orange, and they register the painting hanging above it. A few of them even correctly identify the artist, and at such moments a flicker of joy flares within me (one that I nonetheless quickly subdue for reasons of professional ethics): how wonderful that I might soon begin working with a fellow art lover.

But “Natalia” did not sit in the Russian blue armchair, which I offered her just as I offer it to every potential client. I don’t force them, but I gesture toward the chair, slightly opening my hand as I do so. I nod in encouragement, subtly, after which I leave them in peace for a moment. I turn my back for a few seconds to pick up my notepad from the small table next to the almondgreen armchair, an armchair that, like the Russian blue one, I had transferred over from my former office at the Merikenno Therapy House.

But as I have mentioned, “Natalia” did not sit in the armchair. She stepped into the room with a notable brashness, walked to the middle of the Persian rug on the floor and stood right on the stylized, four-leaf medallion pattern at the middle of the rug.

My potential clients often look shrunken, smaller than their real size, when first they step into my office. They don’t know where to put their hands when they sit down, in their lap or on the armrests. They wait for me to steer the situation, to move things forward, which after all is my job and something I do gladly. But “Natalia” was not shy, rather her first words were: “Until the mid-nineties, that painting above the bed was in my grandmother’s living room!”

“Natalia” took a step off the flower medallion on the rug toward the painting, examining it as if through fresh eyes, turning her head to one side, as though she were trying to suck the gaudy colors into her reservoir of memories, a place we would spend the following months exploring and examining in detail. Then she let out a small, involuntary moan, a sound with a hint of both sorrow and pleasure, of that I am sure.

From that moment on, we began building mutual trust, a trust markedly different from that which exists between me and my other clients.

Natalia—from whose name I will now remove the quotation marks as I might remove the safety catch from a gun—had a problem that greatly impacted her everyday life. It might not have affected her so much, or grown to such proportions, if she had had a normal safety net around her—family, for instance, or a close circle of friends, the kind of friends you can tell about life’s joys and sorrows so that the former grow and boom like the spring ice while the latter shrink to the wisps of a dandelion clock that mere words can puff into motion. When put into words, these achenes unravel and float away from the magic of a circle of friends—if a person has friends—only to land somewhere else, for the amount of sorrow in the world doesn’t diminish when we talk about it, it simply takes seed elsewhere for a while. But if you talk a lot, the sorrow might permanently change shape. When sorrow is, as it were, made flesh right there on my couch—from which, like removing a bedspread, I will now remove the italics, that invention of the Florentine-Venetian Renaissance—when, lying on their back and letting go, there in the safe, snowy dugout of trust, the client puts their grief into words, that grief can change and turn into an unrecognizable, lace-edged nostalgia. If I didn’t believe in this basic principle, I would have to change profession.

Natalia was still standing on the rug. She found it easier to speak standing up, or so she said, as though her upright frame gave this initial presentation of her problem more power. She pulled back her shoulders, positioned the supporting muscles in her upper body and walked in a small, relaxing circle. “I’m ashamed,” she said with a nervous chuckle. “I’m so ashamed that I think I could faint!” She certainly didn’t look faint. She looked as though she was preparing for a triple jump.

And so Natalia began to tell me what was bothering her. Her lovers were the most vexatious of her problems, just as they were the very salt of her life, the sugar, the marzipan, the umami. “They are gone, but they are still in my head,” she said. “They are gone in the most profound sense, though they are with me— inside me, even! The more I kiss them, the less they are there. And then they are gone again. They walk out the door, they go to work, to their homes, their wives, their dogs. My brain starts to conjure up all kinds of situations in which I place them. Of course, I place myself in these situations too. I am always there, right in the center, and they press inside me through all possible orifices, and I feel myself filling up, but it never ends, and my head begins to hurt. And there’s no room inside me for a single sensible, progressive thought because my head is full of all these lovers—who are now gone. There’s no room in me for information. I can’t learn anything, I just become stupider by the day because my lovers are plowing away inside me. And soon I will lose my mind. I carry out my own work with all the lanterns extinguished, as it were, and soon the day will come when my boss will notice everything.”

I interrupted her to ask what she did for a living. She told me she was one of a team of five graphic designers at a midsized PR company. Her job was to visually enhance the client’s core message, and she loved her work. She wanted to develop herself, both professionally and—primarily—in her private life, to improve herself, but her imagination and her firmly held resolutions were galloping in opposite directions. That was why she had come to me.

“I imagine my boss creeping up behind me and noticing that my mouse hand isn’t touching the mouse at all. He doesn’t grab me and shake me awake in that boss-like manner of his, and he certainly doesn’t thrust his hands beneath my arms to lift me onto the desk to lie down on my stomach. The whole idea is impossible, senseless—after all, we’re in an open-plan office. My boss has never abused his position of power. He doesn’t tug my skirt up or pull down my tights and panties, after which he doesn’t drop his pants to his ankles. This series of movements is far too complicated, now that I’m trying to explain it. But let’s assume for a moment that we are naked from the waist down, my boss and I, me with my stomach on the desk and he behind me. The office around us is darkened, the phones have stopped ringing and the other employees have disappeared. My boss stands behind me, his large, hard member against my open, moist pudenda, and then: nothing. I repeat: nothing! In my mind I darken the office further still, like a magician I make the people disappear, the sounds of work stop, until there is only this strange, heavy breathing behind me. Let’s add that too. You understand?

“I think about sex all the time. That is my problem. The act forces its way into my mind like a tumor, and I am lost. I’ve contemplated chemical castration, anti-androgens, I’ve even considered suicide. I know in theory what constitutes a healthy sex life, what a healthy relationship is like, but I am able to use those insights about as well as I can play the piano. That’s right, I haven’t got an ear for music. I experience everything—literally everything—as images. And I don’t know what to do with my lovers who are absent when they are present and present when they are absent, and that’s why I’ve come here, you’re my last hope. Help me.”

Thus spoke Natalia, and having uttered the final word of her monologue, she started to cry.

Excerpted from My Friend Natalia by Laura Lindstedt (trans., David Hackston). Excerpted with the permission of Liveright Publishing Corporation. Copyright © 2021 by David Hackston.

This Year’s NBCC Award Finalists: The Broken Heart Of America by Walter Johnson 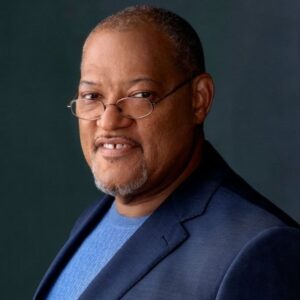 Celebrating the 2021 Audie Awards: Best Male Narrator Every Monday through Friday, AudioFile’s editors recommend the best in audiobook listening. We keep our daily episodes...
© LitHub
Back to top