My First Writing Job: Copyboy at the Daily News

Warren Adler Remembers the Heyday of Newsprint in America

I suppose one might call my time working as a copyboy for the New York Daily News a year and a half of living dangerously. I had ventured out into a more diverse world, far from the cloistered ghettos of Brownsville and Crown Heights, Brooklyn where I had grown up. I was the first generation son of Jewish immigrants, still tainted by my parents fears of living in a mysterious new environment. What I learned was that one doesn’t know what one knows until one knows it. It takes a lifetime to unravel what such a riddle means. I learned the real New York during that year and a half; the city’s many secrets and how big, commodious, free, and wonderful it was to be young and alive.

News stories about the attempts to sell the New York Daily News and its sad decline have triggered memories of my own employment there. I joined the paper as a copyboy in late 1947, when the circulation of the Daily News was at its peak. I had just graduated from New York University’s uptown campus in the Bronx as an English major. Although I had been working at various jobs since I was 14, armed with a college degree I hoped to find work as a writer. But the only job I was able to get was as a copyboy at $12.50 a week and an extra two bucks for working the night shift. Most of the kids on the copy bench were college graduates aching for a career in journalism. Others, like me, burned to write the great American novel. Being a copyboy was a traditional path into big city newspaper reporting jobs and we felt no sense of being lesser because of our menial role in the newsroom.

My hours were typically 4pm to midnight. I lived in my parents’ apartment in Brooklyn, as I had throughout college. It was a 40-minute ride to the offices on 42nd Street in Manhattan and a lot longer coming home after my shift in the wee hours of the morning.

A copyboy was essentially a gofer. His or her office was a bench in the vast editorial newsroom. Our job was to sit on the bench until the call for “boy” summoned us to perform whatever duty was required of us. There were copygirls as well, although we all answered to the frequent call of “boy.” Most of the copyboys were college graduates in their twenties. The copygirls had mostly been hired because there was a shortage of men during the war and they’d stayed on after it ended.

Among our basic duties we were to move spiked copy from the rewrite desks to the city desk, then to the copy desk, and then help move the edited copy through loaded canisters down to the composing room. We were called to help in the composing room as well, where we unloaded the canisters and the copy was converted to metal slugs via typographical machines, then arranged on a metal bank by composers, then made into metal plates for the big printing machines which spit out finished copies on conveyors that went down to the basement to be bundled and loaded on to trucks which delivered the papers to newsstands all over the city. If you’re overwhelmed by this description, that’s what it was like for us too. When the presses ran the entire building hummed and vibrated.

At times, more for the thrill of it than a requirement, we would ride in the back of delivery trucks and fling out the bundles of late editions to the sidewalks adjacent to newsstands and the various stores which sold newspapers in those days. The idea for all this speed was to get tomorrow’s paper on the newsstands as fast as possible so that people might buy it before they went to bed. The Daily News tabloid competed with Hearst’s tabloid, The Daily Mirror, and the competition was fierce.

On Booze, Nicotine and Other Odd-Job Tasks

I remember us having to move research material, mostly clips and photos relating to past news stories, housed in what was called the “morgue,” to those working on current stories. We also serviced those putting together the Sunday edition and the columnists like Bob Sylvester and Ed Sullivan who covered New York nightlife, Broadway, Hollywood, and political gossip. Ed Sullivan, who became famous as a host on his variety show, rarely worked in the office and his assistant wrote most of his column. Also in the columnist room was Nancy Randolph who wrote the society column, an odd chore for a so-called “working man’s” tabloid. Some columnists seemed to spend day and night at their desks.

We were called upon as well to run down to the coffee shops in the neighborhood to pick up and deliver sandwiches and coffee, in containers often laced with booze dispensed at nearby bars, and, when needed, to help those too drunk to work into taxis. We had a separate locker room to stow our clothes which we also used as a clandestine beer parlor where we drank from quart-sized cardboard containers, especially after the bulldog edition, or the early edition of the newspaper, went to bed. Working the four to midnight shift meant that the bulldog edition hit the streets at about eight in the morning and the later editions, which featured breaking news, meant less editorial staff and more down time for the copyboy shift. It gave us a chance to bond, and we did. Our favorite “go-to” spots after getting off work at midnight were Shanley’s and Louie’s which were at the rear of the Daily News building. The Third Avenue El, which was the last elevated line to operate in Manhattan, was still standing and trains roared overhead at close intervals rattling the area below. Some nights we would head down  to the bars open illegally past 4am at the Fulton Fish Market.

As copyboys, we were also tasked with carrying horse racing bets down to the bookie in the composing room. We’d get instant gratification since the sports department got the results by the ticker, which gave us calls at the quarter, the half, and the finish of the race and quickly announced the payoff which was instantly produced by the resident bookie. A two-dollar bet was the minimum and we often split with our fellow copyboys. Sometimes we won, celebrating by upgrading our booze from beer to whiskey.

Another of our jobs was to accompany photographers on their assignments and to rush the plates of their clunky Speed Graphic cameras back to the photography department adjacent to the city room. I often accompanied photographers to sports events, especially boxing, which was in its heyday. The Daily News sponsored the Golden Gloves in various boxing arenas around the city and we usually sat at ringside while the photographer snapped pictures of the action. Sitting beside the photographers I was often splashed with the blood of the fighters. I will never forget watching Cassius Clay fight.

There were eleven dailies in New York City when I was growing up and the Daily News was the highest circulating paper in America. I suppose I could have applied to papers like the New York Times or the New York Herald Tribune, but I didn’t. I thought I was lucky as hell to get my copyboy job at the Daily News. We copyboys and girls became a kind of family, especially the nightshift kids.

More than six decades have passed and I can still remember most of the names of my fellow copyboys and recall their faces. Although I only worked at the Daily News for a year and a half, its impact on me was profound. Being that copyboy at the Daily News was a great jump-start to what came later in my writing career. The people and experiences during my time there have found their way into my memories, thoughts, and inevitably my novels, particularly The Henderson Equation, which deals with the newspaper business. My experience, in retrospect, was one long high that gave me the opportunity to discover the power and the joys of friendship with creative and ambitious strivers just like me, no matter where we came from.

Warren Adler recently launched Writers of the World, an online community for writers to share their stories about why they began writing. Warren Adler's latest novel, Torture Man, is available now. His Film/TV projects currently in development include the Hollywood sequel to The War of the Roses - The Children of the Roses, along with other projects including Capitol Crimes, a television series based on Warren Adler’s Fiona Fitzgerald mystery novels, as well as a feature film based on Warren Adler and James Humes’ WWII thriller, Target Churchill, in association with Myles Nestel and Lisa Wilson of The Solution Entertainment Group. Explore more at www.warrenadler.com.
http://www.Greyeaglefilms.com 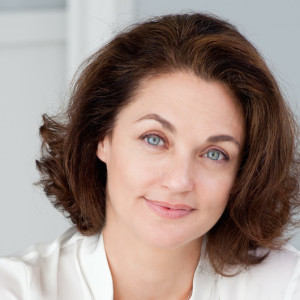 Lee Boudreaux, editor of her new namesake imprint at Little, Brown, grew up in Coles Point, Virginia, a rural community on the Potomac...
© LitHub
Back to top