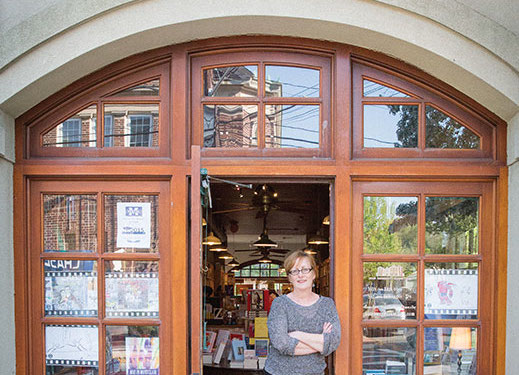 Thomas Pluck on the Best Little Bookstore in Jersey

At its peak, the New Jersey township of Montclair had seven bookstores. As I sat in its second-oldest bookshop, Watchung Booksellers with owner Margot Sage-EL, we reminisced about them. The Cup & Chaucer. Orion Books. The Book Corner. Beam Me Up and Middle Earth, two genre-specific bookstores, and The Compleat Strategist, a tabletop gaming store that also carried books on wartime history and fantasy epics. I grew up two towns north, a bike ride away, a trip I made often to peruse those bookshops, explore the punk record store, and grab lunch at the falafel stand or a soul food joint. It was everything my hometown of Nutley was not: hip, artsy, diverse. It took me thirty years to move here, and Montclair still stands out among its neighbors, despite a nearly fatal infestation of bookstore blight. Watchung Booksellers and the Montclair Book Center, the new & used shop, are all that remain. One for each of the town’s two hearts.

There are two Montclairs like there are two Americas. The 2010 census states that the population is 27 percent African-American, down from 32 percent in 2001, as gentrification creeps in. The ridge of mansions denotes Upper Montclair, where Stephen Colbert lives, from plain-old-Montclair, which is cut through by the Essex county artery of Bloomfield Avenue. There you can still find Jamaican patties, fried catfish, antique stores, and a head shop among the farm-to-table bistros and vegan eateries. Watchung Booksellers lives between the two, nestled between the train station and Watchung plaza, home to a quirky, long-standing delicatessen, and the post office where an employee shot and killed four of his coworkers in 1995.

Montclair has been mostly peaceful after that tragedy. It is far from idyllic, but people get along. The occasional hipster gets mugged for their iPhone, stumbling home from a Wellmont theater show. Bears sometimes wander out of the woodland reservations and need to be rescued from atop power poles. But it is a family town with strong schools and many parks, a place where children can grow up safe, knowing that not everyone looks or lives exactly how their families do.

Margot bought Watchung Booksellers to fill a need. The mother of two biracial children, she found few books starring children of color on the shelves. With a background in educational publishing, she knew such books existed; but how to get them into the hands of children and their parents? She began with a mail order catalog (this was before the age of the internet). She collected multicultural books and sold them under the banner of Great Owl Books. And when an upstairs bookshop in her town went up for sale after Barnes & Noble’s war on indies, Margot and friend Trina Rogers made it their own.

They moved the bookstore to its current home on the corner by the train station parking lot, where it could draw foot traffic. Margot built a children’s section where all children can find books about children like themselves. The roomy space became home to book readings, and writing workshops led by thriller writer Jenny Milchman. They reached out to schools and libraries to host authors when more room was needed. Montclair is a literary town: the train line to Manhattan has made it community for authors, agents, journalists, and people in every facet of publishing to live and raise families. The store is run like a family; booksellers are paid a living wage, and Margot keeps the store afloat paying herself the same. They’re in this together, and it feels like it.

Like any family, Watchung has struggled. They opened their doors around the same time a little website named Amazon began selling books on the computer, at cut-rate prices. But Amazon and the big stores don’t know neighborhoods, and algorithms haven’t yet caught up to a good hand-sell. Those who come to browse here rarely leave empty-handed.

There is of course the table of staff picks; local authors, beloved new books, reissues of old favorites. The term “curate” is often used for what booksellers do, but as Margot and I sat chatting about the business in the conjoined café, we agreed it is less like a museum collector than a chef or a matchmaker. What do you want to read today? With platters of book covers spread out before you, the store resembles a cocktail party of stories and ideas. Favor thrillers or crime fiction? Megan Abbott and James Crumley face out on the shelf. That’s the work of Nicole, the mystery specialist. Carolyn feels the most important quality for a bookseller is honesty; expectation plays a strong role in satisfaction, as books as in meals. Carolyn shares children’s section duties with Marisela, but hand-sells from all over the store. I asked for her favorites of the moment, and today it is Another Brooklyn, the short and sharp novel by Jacqueline Woodson. I nabbed The Trees instead; I’d just read a 1970s coming of age story, and killer trees seemed a better palate cleanser.

The second blow was 9/11. We forget the impact; PTSD from the attack still lingers countrywide, but despite the command to “go out and shop,” the economy shuddered for many months afterward. I was working in midtown, far from the hellsmoke, and after months of watching the island’s tip smolder, the layoffs started to come. People stayed home and bought their books online.

The surge that brought the likes of Cory Booker, Carole Burnett, and Judy Blume to book-signings at the store came later. Senator Booker filled the local Presbyterian church for an off-site store event. New York Senator Kirsten Gillibrand filled a nearby high school auditorium. (Full disclosure, a signing for my debut novel was held at Watchung. Friends and family filled the store, which felt great. I save that memory to combat the inevitable no-show event in my future). Marisela, the store’s PR director, says relationships with the library and the neighborhood, a mailing list that continuously lures with new books, meet-the-author events, and multiple in-store book club discussions for history, fiction, memoirs, and science, help keep book-hungry customers in the know.

This bookstore really is a neighborhood hub. The camaraderie and sense of neighborhood-as-family make me wish my apartment wasn’t a forty-minute walk. While I was interviewing Margot, her daughter stopped in, one of the children who inspired the bookshop. An older man flashed a smile framed in white stubble and said hello. And Alison Meade, chef at the conjoined Tiny Elephant Café, came by on her day off to show her bookish friends her engagement ring.

In Montclair, brunch is a competitive sport—I have ankle bruises from Sunday-morning stroller derby to prove it, as parents jockey to get ahead in line. Whoopi Goldberg comes here for brunch, often at Toast (try the bacon pancakes). Yet the Tiny Elephant has already been voted an area favorite.

This partnership between bookstore and café wasn’t planned; in fact, at one point to the two businesses were competing for the same space. Margot wanted to expand for larger events and more shelf space, but the landlord rented the adjacent spot to a restaurateur who built a $250,000 kitchen, and gave it a six-month try before calling it quits. With the space converted, there was no chance of gutting it for a bookstore tenant, no matter how long they’d been there.

Alison and her sister Dana Bachan took over and rebuilt the space as a small bistro that now shares an open wall with Watchung, so you can eyeball travel, music, and art books while you sip your coffee and nosh on a pear & prosciutto panini. It also allows for cocktail-hour style book events. After Megan Abbott’s reading for You Will Know Me, her agent Dan Conaway brought in catering and a bucket of chilled wine. It was a great time, chatting about hypercompetitive cheerleaders and the dark side of suburbia with the author and her fans, tongues wine-loosened and appetites fired by spicy falafel skewers.

Perhaps because Margot was driven by the need for a place to sell welcoming books, Watchung Booksellers has always felt like a well-kept home. All that’s missing is the ubiquitous bookstore cat. The bustling staff let you browse without bother, and know the store like they live there. If libraries are churches for book lovers, places of quiet contemplation, then a good bookstore is like a revival tent. And at Watchung, they preach on. Hallelujah.

Thomas Pluck is the author of BAD BOY BOOGIE, a Jay Desmarteaux crime thriller coming from Down & Out Books in 2017. He hails from Nutley, New Jersey, where he lives with his wife and their two cats. 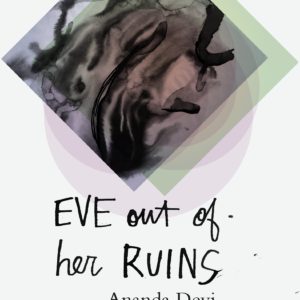 As soon as I locked myself inside, I smoked everything I could reach. But the pain is still here. And I’m still here. Once...
© LitHub
Back to top