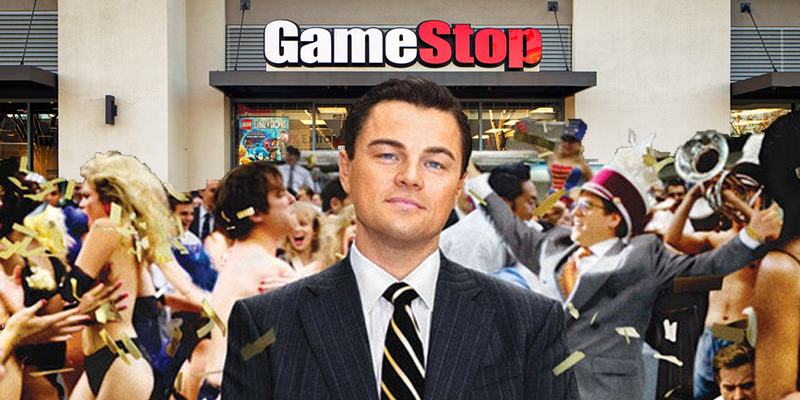 For some reason, it looks like publishers are already eager to sign book deals about the rogue Reddit users who bought up all that GameStop stock. In case you’ve been living under a rock or willfully ignoring the Internet (I applaud you), here’s a quick refresher on the situation, as I understand it: A bunch of Reddit users bought stock in GameStop when the prices were very low, causing their value to skyrocket. It was really cool for a lot of people who aren’t usually tapped into the stock market, including this adorable 10-year-old who got thousands of dollars. Wall Street got really mad. The trading and investing app, Robinhood, set restrictions on these shares, placing them firmly on the side of Wall Street.

For the people at Robinhood, here’s a refresher of the actual hero’s story: He stole from the rich and gave to the poor—not the other way around.

By my count, this happened only last week, but I guess time is a flat circle now, and we no longer need narrative distance from a story in order to tell it. I mean, I have pasta in my fridge older than this story, but okay. While no official deals have been announced yet, word on the street is that several journalists are being approached.

Of course, there will be movies, too. Based on no actual facts, I fully expect Leonardo DiCaprio to be involved. (I mean, he’s been a teenage counterfeiter and a stock broker already, so why not?)

If I’m being completely honest, I know nothing about the stock market. I wish it was a soup store. Econ was my least favorite class. I’m still not sure what bitcoin is. While I’m not exactly the target audience for an upcoming book on this whole thing, I might just have to pick up a copy so I can say I’ve reddit.