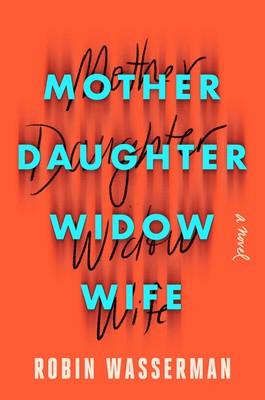 The following is excerpted from Robin Wasserman's new novel, Mother Daughter Widow Wife. Wasserman is the author of Girls on Fire, an NPR and BuzzFeed Best Book of the Year. She is a graduate of Harvard College with a Master’s in the history of science. She lives in Los Angeles, where she writes for television.

When Alice finally left, she took the bus, and she did so because when her mother left, she took the bus—this was the one thing Alice knew for sure. It was also the one thing to convince Alice that her mother had lost her mind. Travel by bus implied no other option, and Alice’s mother was recourse rich: driver’s license, Honda SUV, credit limit expansive enough to cover a plane or train ticket to wherever she wanted to go, not to mention a perfectly nice life in a perfectly nice three-bedroom, two-bath, below-market split-level that should have precluded her desire to go anywhere. Her mother, or at least the person her mother had spent a lifetime persuasively pretending to be, would never have boarded a midnight bus bound for a city that held nothing for her but bad memories. And yet she had, so Alice did, splurged on a taxi from her dorm room to the bus terminal. Chicago’s central train station, only a few blocks away, was a Beaux Arts wonder, its architecture admonition: nowhere is better than here. The bus station, a utilitarian warehouse of crumbling brick and dingy tile, was more an invitation to flee. Alice fled. Boarded a bus to Indiana, where she transferred to the line that would carry her to Pittsburgh, transferred again, veered east, was startled awake at dawn to discover pinking farmland smearing past the window and her seatmate draping his coat across her lap, tucking her in.

“My wife gave me a divorce for Christmas,” he said, mouth too close. The bus was all sweat and snoring, no one to see. Alice shrugged off the coat, inched away, imagined bedbugs burrowing into her denim. She had to pee. She could not pee. It was too easy to envision herself hovering over a clogged toilet behind a broken lock, the man’s face leering from the doorway. His grubby hand over her mouth. His fingers slipping down and down, his nails scrabbling at her belt, her zipper, her polka-dotted panties. This was Pavlovian, her mother’s fault. These were precisely the circumstances her mother had trained her to avoid. Dirty places with dirty men who wanted to do dirty things, and would, if you were careless enough to let them. Alice hunched her back to the man, kissed forehead to window, counted fences and cows and minutes, waited out his attention and her panic, blamed her mother, whose fault it was that she’d boarded this bus in the first place, whose insistence on the necessity of preparation had somehow prepared Alice for little more than being afraid.

Alice’s mother was the kind of woman who carried antiseptic wipes on her person at all times and discreetly wiped down silverware when her waiter wasn’t looking. She believed life rewarded caution; the reckless would suffer. She believed in the assignment of blame. Alice’s father insisted her mother was more delicate than she appeared, but this defied belief. Everything about her mother was ironclad, not least her self-imposed regulations. She did not abdicate duty; she did not venture. She did not tolerate or transgress or risk—would not, could not, until one day, she did.

Here is how Alice lost her mother. The night of graduation, she intended to finally fuck her boyfriend. This was not how he put it, of course. Daniel wasn’t the fucking type. Neither, as was evident to everyone other than her mother, was Alice. They were good kids, everyone said so. She read to the blind, edited the student activities section of the yearbook; he cochaired the honor society, played lacrosse, raised money for disaster relief. While it was true he sometimes sucked at her nipples in his parents’ basement and she had perfected the requisite pacing and grip to make him groan, their desire always remained responsibly bridled. The pack of condoms secreted inside Alice’s old tennis shoe had been purchased less for precaution than principle. It was her mother’s refusal to believe this, her mother’s hysterical insistence on her catastrophic deflowering, that left Alice determined to prove her right.

Graduation night. They let themselves into the garage apartment Daniel had borrowed from his cousin’s best friend and found a flavored-for-her-pleasure condom taped to a helium balloon. The balloon said Congratulations, and Daniel said, “My cousin is such an asshole” and also “quack-quack,” because their relationship had bloomed from a fifth-grade crush that was itself incited by his impressive Donald Duck impression, and this was now their way of saying I love you. This was the kind of couple they were, and even in the presence of Daniel’s abruptly unveiled genitals, this was perhaps inescapable.

She wanted to be the daughter who channeled rebellion into recklessness, threw her lover down on the bed in a haze of passion and spite. Desire would overpower pregnancy paranoia and the images of decaying STD-stricken skin that her mother’s PowerPoint presentation had embedded in her brain. But Daniel was gentle, Daniel was tentative, Daniel was, ultimately, not equipped to be the faceless avatar of testosterone-fueled destruction that her mother imagined him to be, but simply Daniel, who quacked his love for her, who wanted to be sure she was ready, and if he was Daniel then she could be no one but Alice, who was not.

She imagined later that if instead of spending the night in Daniel’s disappointed arms she had ceded her virginity as planned and snuck home before dawn, she might have caught her mother mid–disappearing act. She even wondered afterward if catching her mother wouldn’t have been necessary—if the pop of hymen might have pinged some maternal radar, alerted her mother to pressing need. Made her stay. Instead, Alice let a deflated Daniel spoon her to sleep, and when she got home in the morning, her mother was gone.

The first true thing she knew about her mother was the leaving. Her mother getting on a bus, her mother carried away.

The last true thing she knew was the bridge fifty miles from their house, the dirt niche by the foot of it where they found her mother’s neatly folded coat and both her shoes.

Everyone seemed very certain they could extrapolate what happened next. Alice didn’t argue.

Let them drag the river. Let them scour security footage. Let them believe in a body. Alice believed in the leaving. She didn’t need a body, drowned or dry, to know she’d been left.

She lies to her father and lets him believe she thinks her mother is dead. She lies to her friends, who are really Daniel’s friends, when they invite her along, once it becomes clear they don’t want her along. They want to lounge along Boulder Lake and worry about their tans, their future roommates, their fake IDs, their soon-to-be long-distance loves, their ever-insufficient supply of beer. She reminds herself this was always meant to be a summer of leaving.

September, still no mother. She leaves anyway, ships everything that matters to Chicago. Trades mountains for midland, welcomes flat, alien ground, towers and smog crowding out sky, nothing to remind her of absence. Thinks that here things will be different—but her mother is still gone. Her prospective new friends all want to know: What do your parents do and how did you spend your summer vacation?

It was a while ago, she learns to say. It’s fine. These strangers need a lot of reassurance.

She goes to class. Her mother is gone. She learns about economic collapse and environmental catastrophe. Her mother is gone. She learns about Aristotelian metaphysics and studies his prime mover: that which moves without being moved. The first cause responsible for all subsequent effect. The one hard truth from which all else follows. She stops going to class. She subsists on Twix and ramen, loses weight, loses sleep, loses the thread that binds her. She buys a ticket. She gets on the bus.

Excerpted from Mother Daughter Widow Wife by Robin Wasserman. Reprinted with permission of the publisher, Scribner, an imprint of Simon & Schuster. 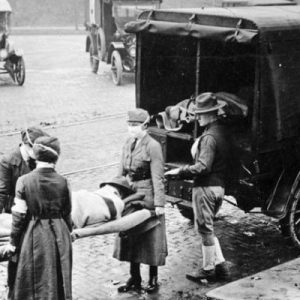 Cass Sunstein: How Can Social Change Happen? The coronavirus pandemic is dramatically disrupting not only our daily lives but society itself. This show features conversations...
© LitHub
Back to top