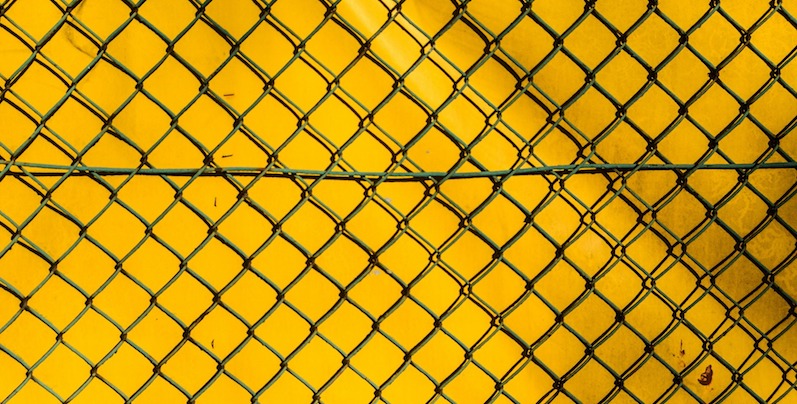 The brutality of the Central Processing Center, an immigration detention camp in McAllen, Texas, more commonly called “la perrerra” or “the dog kennel” by those acquainted with it, has been well-documented by this point. Five years after it opened as an overflow site for undocumented people crossing the border, it now holds hundreds of men, women and children behind chain-link fences in horrifying conditions that observers have noted violate federal regulations along with the basic humanity of its inhabitants.

On Wednesday night, a group of writers will gather at Luna Coffee House, less than 10 miles away, for a reading protesting cruelty against migrants in their own city and others where migrants are held in the dehumanizing conditions of detention camps. The event is one of more than three dozen taking place tomorrow night as part of Writers for Migrant Justice, at the epicenter of a mass, ongoing effort to mobilize the literary community against the injustice of immigrant detention.

In addition to the in-person events, which will collect donations, organizers launched a GoFundMe campaign. Proceeds from both will benefit Immigrant Families Together, a volunteer-run organization working to reunite families that were separated at the border. Soto said the organization presented the “quickest” way for organizers to direct funds to families that have been impacted by the Trump administration’s immigration policies.

“When we began organizing this campaign, I wanted to make sure we could raise enough money to release at least one person from the inhumane conditions of these detention camps,” Soto told Lit Hub. “Hopefully we can do more. Hopefully this protest also inspires other[s] to take their own collective actions too, so that we can make even greater change.”

Four years ago, Zamora and Soto along with Marcelo Hernandez Castillo co-founded the Undocupoets campaign. Soto said this effort was a continuation of their work at the intersection of literature and migrant justice.

“My mother came to the United States undocumented from El Salvador,” Soto said. “When Trump is talking about Central American rapists and murderers coming across the border to take American jobs, he is talking very directly about my family and me. When mass shooters put bullets in latinx communities and cite Trump’s rhetoric before doing so, I can’t stay silent.”