“Monterey”
A Poem by Maggie Millner

Evenings, I would sit
on a moldy, high-back couch
and watch the light outside go mauve, then die.

The neighbor’s house was strung with discs of mirror
that turned in wind, blinding us
when the sun was right, or throwing phantom orbs
the cat would hunt
across the wall.

Those years were shapeless, unperfumed,
a tintering of salt and beaten air. Winter looked identical
to summer, which gave the dim impression
of a stilled planet, of a planet
to which the worst had already happened.

It was also a time when stars were back in fashion,
not knowing their names or the physics of them,
but using them for augury or just diagnosing
personality traits. Many turned to stars because they felt jilted

or unpersuaded by Western science, which had by that point
made most other knowledge irretrievable,
but some just said, “It’s fun, it’s only fun.
You don’t have to believe in anything.”
I couldn’t see the fun.

Still, I startled when the chart said I was flirty
and contrarian, obsessed by hair. Just that week
I had received a regrettable haircut, which energized in me

a passion for hats. A helmet was a sort of hat,
and I wore one every weekend when I bicycled
to the abandoned military base, where bits of missile
nosed out of the beach and ice plant
splashed the dunes with rust and green, the colors

of my fear. Ahead of me between the bluffs
would tromp the man I loved, a stalk
among sargassum, tacking west. Or else behind me
if I pedaled fast, or next to me if talk or some dispute
were underway. Our fights, I thought, were very rare,
though he found them very frequent,
it was a question of thresholds.

Sometimes we would fight about how much we fought,
facing each other in the little apartment
we shared by the harbor, frothing up
the atmosphere between us with our hands.
During PMS, I’d say outlandish things:

It was the West, its lassitude and gorse.
It was the soft land ending as soon as I got used to it,
and the light, exhausted, spinning itself always

into gold. This was just before the era
of overt misinformation, or perhaps that era’s undetected
dawn, and for a while I suspected
that the world was an invention of my mind.

This made it difficult to advance at all
across the world, or make the bed, or taste
the fragile cod
the wharfmen hawked.

Looking out over the cliffs,
the man would say the names of fish and succulents,
the processes by which the beach
had cleft itself so steeply from the crag.
A tern flew by.
The sun came through a slotted spoon of cloud.

I’ve come to think that land was like my interest
in my life: hidden, for a time,
beneath a sheet of sand and dread.

Then, gradually, I began to see it.
I began to actually see it.

Maggie Millner’s poetry has appeared in The New Yorker, Ploughshares, Gulf Coast, ZYZZYVA, and elsewhere. She lives in Brooklyn, New York, where she teaches in the Writing Program at Rutgers University and is at work on her first book of poems.
Share:

An Oral History of the Thrash Metal Mosh Pit 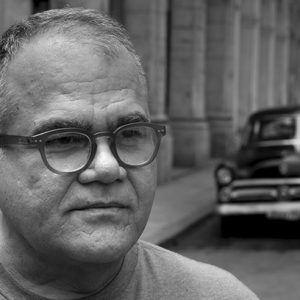 How Meeting a Holocaust Survivor Played a Key Role in Armando Lucas Correa's
New Novel "I finished my first novel, The German Girl, about the 'MS St. Louis' that arrived in in Cuba in 1939 with about 900 Jewish...
© LitHub
Back to top
Loading Comments...