Monster in the Middle 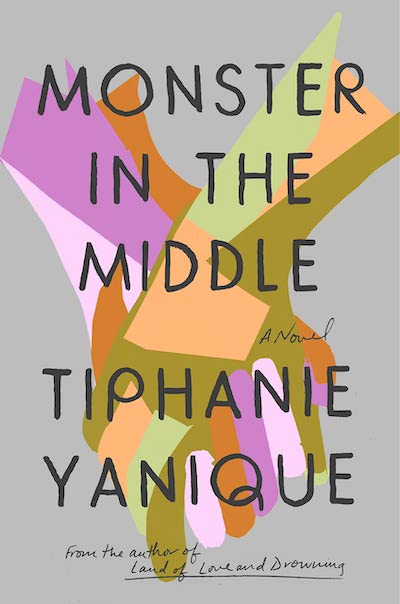 The following is excerpted from Tiphanie Yanique’s novel Monster in the Middle. Yanique is the author of the award-winning novel Land of Love and Drowning, as well as the poetry collection Wife. Winner of the 2014 Center for Fiction First Novel award, and a National Book Foundation 5 under 35 honoree, she has also received a Rona Jaffe Award and a Fulbright scholarship. Her short fiction has been published in The New Yorker and anthologized in Best American Short Stories 2020.

Truth be told, I wouldn’t speak the whole of this to you or to anyone—not even God. That would be a giving up of power, and I’m not going back to being the kind of woman who gives up any power, no matter how small. See, the biggest thing that ever happened to me happened to someone else. You know that story, Earl. About how I was there in 1986. How it was so loud, that field where we stood. How I saw the shuttle go up and up. How there was a blast and we all cheered. Dumb as we were. Because that was the astronauts dying, though it would take us a whole four minutes to realize. I was thirteen, and there were a bunch of oriental kids and a bunch of the schoolteacher’s kids. But I was there for Dr. Ronald McNair. Sure, he was the second Afro American in space, but the first had been a Challenger man, too. And Pop did like the name of the shuttle. Liked that the work of it all, challenge, was there in the name. My pop, he believed in things being hard. He made that known to us, me and Jenelle. Jenelle, my wild streak of a sister, who was gone by the time I got back from Florida. Like she and the space shuttle disappeared the same.

The worst thing that ever happened to me, proper, was when I was an adult. And that worst thing was your father. See, my name is Ellenora, but you and everyone from Memphis to Atlanta know that I lived with my husband’s first Ellie from the beginning. The same year he parted from the other Ellie? Nineteen ninety. Same year I met Gary, married him, got in the family way, started quilting the marriage quilt. Had you not a year later. Gary never said much about that other Ellie. Some schizo white girl your father once drove across the country with. But for most of our marriage, Gary kept a picture of that one on the mantel. The bony girlfriend standing in front of their beat‐up car. Family folks might think a mother‐in‐law is bad, but there is no way to compete with the only woman who ever loved your husband before he married you. Wife isn’t power, you see. Wife is work. A marriage is a wife’s challenge. Which is to say that I was a wife who felt very married.

It wasn’t like that for my parents, I don’t believe. The hard thing for Pop and Mama was us girls. Which is why I thank God I never had one, a girl. Instead I had only you. Though it wasn’t me who was so difficult. It was my sister. True, I am loyal to Jenelle something fierce, I am. But I am her sister and so that’s my place. Doesn’t mean she deserves it.

We all used to watch Star Trek. Lieutenant Uhura, young and sharp faced. Mama would be quilting and the rest of us would be sitting with our dinner plates warm in our laps. “Jennie. Ellie. Take a look at that Nichelle Nichols,” Pop would say. “Now, ain’t she fine.” Mama would stay quiet, stay on her quilting. But when she put us to bed she would say, “Uhura isn’t just fine.” Though she never would say what else.

During my marriage to Gary, we watched a world’s worth of TV, but never Star Trek. The telly set was better company than having visitors, if I am being honest. Which I always am, honest. Visitors might see the picture of that other Ellie and have pity on me. I wanted to cut that cracker woman out. Cut her. But she’d already cut herself out. Your father taught her how to drive, then she drove away without him in a car he built with his own hands. Never giving him a good reason. He used to say he needed the picture of her to remind himself to hold on tight to me. To remind himself that I might leave him, too. I never said what I felt, which was “Why aren’t I enough to remind you?”

It’s true I put a square of a spaceship in the quilt I myself started when Gary and me married. The spaceship was just a symbol. I didn’t need you to be an astronaut, son. You could be whatever you wanted to be. But a vehicle marks a boy’s manhood in America, it does. Any vehicle might do—mustang or rocket. And also, your father had loved to build things that would vroom around. He said it was bikes when he was a boy, cars later. When I put my mind to marry him, I envisioned guiding him to being an airplane mechanic, a space shuttle engineer. Not exactly leaving me for wonderful, special space. No. But having a role in the great thing. I had a story like that in mind.

That being said, this here is also a story, and this story here is my truth. You see, the character of the mother always has power. A mother is power. All the TV shows you can ever watch make that plain.

A wife, I figured out, is something different, something powerless but never plain. When I started that quilt, my plan was to pass along your manhood from my hand to your wife’s. Proper. Different from what your father had. Like my mother quilted for wealthier people, for their daughters’ weddings. When I married, Mama told me she’d taught me the skill. So it would be on me to quilt for my own family. “Done enough for you girls what with all the doing I’m doing for your sister,” she said.

The first patch of the quilt I did up for you was the square with you inside. That patch is still there even now, at the center. I used brown felt to make you, and I cut carefully, I did. Made you like a boiled peanut. Sweet and soft as you were from the start. Though it wasn’t soft nor sweet, my marriage. Not for me. But my story of my learning to be a mother begins, I believe, years before you and Gary even showed up in my life.

That day in ’86, I was thirteen and I was there. See, when Jenelle and I were wee things Pop had written to NASA to make sure the first shuttle was named after the Star Trek one, Uhura’s ship. And so it was. Space Shuttle Enterprise. That name was a great success of my father’s. But there was no Uhura on the real Enterprise. Then came the Challenger with Dr. Bluford, and then after him, Dr. McNair. Not fine as Uhura, but brown as her. We knew about those men in our home. And so I knew all about the Challenger. I had even written an essay. Pop had made me. I wrote how the very first Challenger, the one from the olden days, was a sea shuttle. Sailed around South Africa. I made that connection, yes, I did. With how the first Challenger and our Challenger were both important for uplifting the Black race. Got a good grade, an A, as I’ve told you many times. Got sent to Florida for the launch. That’s how I got to my first tragedy. By being a good daughter. Obedient daughter. 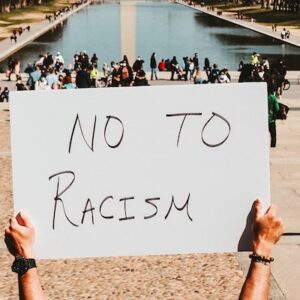 Theodore R. Johnson on Racism and America's Broken Promises Hosted by Andrew Keen, Keen On features conversations with some of the world’s leading thinkers and writers about the economic,...
© LitHub
Back to top