I was on my way to a meeting when I bumped into an old acquaintance. After a few minutes chat, not wanting to be late, I said I had to go. “Let’s catch up soon,” she said. I said I’d like that. “Hey, listen,” she said, “have you heard—apparently Random House has a new policy of publishing ethnic writers. It was on the radio. The writing doesn’t have to be any good; as long as you’re black or a minority, they’ll publish you anyway.” She smiled. I said I really had to go.

I’ve lost count of the number of times I’ve been told, directly or indirectly, that as a brown person I’m the lucky beneficiary of positive discrimination. And I know I’m not alone. A novelist friend was recently on a long list for a book prize. She was congratulated by another writer who assured her she’d be shortlisted. My friend pointed out there were many strong contenders. Yes, the other writer said, but you’re brown and you’re a woman.

What did you say, I asked her? “Nothing,” she said. “I was the brown woman. I didn’t want to be the angry brown woman.”

It’s a role that, over the years, I’ve resisted as well. While prejudice and disadvantage persist in “the real world,” in the literary world we BAME writers (that’s Black and Minority Ethnic folk) are insulated by liberals falling over themselves to provide us with feather beds and glittering prizes. From this position of privilege I experienced a prolonged and profound sense of shame and failure because after the success of my debut novel, Brick Lane, each subsequent book was largely met with scorn or bemusement by reviewers.

I stopped writing. For several years I couldn’t go into a bookshop. It made me feel physically sick just to walk past. I didn’t read any new novels during that time. I stayed away from festivals, declined every invitation to speak, and shunned the literary pages and magazines. I re-read a lot of classics, which I found soothing: since you’re not Tolstoy or Shakespeare, it really doesn’t matter if you never write again.

But when I wasn’t writing, I grew depressed. A life without writing increasingly became a life that wasn’t worth living. I started again. Abandoned one novel, abandoned the next. Why couldn’t I finish? Maybe they just weren’t the right novels. Or maybe I’d have to get rid of my overwhelming anxiety in order to finish any book. The way to counter the anxiety, I decided eventually, was to treat it like a phobia. I’d seek gradual exposure to the literary world and, in doing so, would overcome at least some of my fears.

This strategy worked! In two ways. Firstly, for a long time, I’d been hiding under the duvet (metaphorically and sometimes literally) feeling as though I had a scarlet letter F—for failure—tattooed on my head. What I should have is D, for dunce, because since I started venturing out a little, not a single reader has made me feel unworthy. I managed to make myself feel that way all on my own.

I’ve lost count of the number of times I’ve been told, directly or indirectly, that as a brown person I’m the lucky beneficiary of positive discrimination.

Secondly, and at a deeper level, my self-prescribed exposure therapy allowed me to understand better my experiences, made those experiences less isolated and, as a result, made me feel less lonely

I’ll explain. When I started reading about books and writers again I discovered something that wasn’t happening (or I didn’t notice) eight or so years ago when I withdrew to the safety of my duvet. Writers of color were talking about what it means to be judged and how one is judged in a literary landscape that is still heavily weighted in favor of white men.

And it is still weighted. A 2016 analysis by The Bookseller magazine of the bestseller charts concluded that a writer has more chance of making it into those charts if their name is David than if they are from an ethnic minority. The magazine’s charts editor reported: “Of the top 500 titles for 2016, 343 were written by UK authors, of which 1.7 percent were penned by BAME Brits. Considering the BAME population of England and Wales is around 15 percent, this is shockingly low.”

A report from 2015, “Writing the Future,” which surveyed writers of color about their experiences, concluded that the “best chance of publication” for a BAME writer was to write literary fiction conforming to a stereotypical view of their communities, addressing topics such as “racism, colonialism, or post-colonialism as if these were the primary concerns of all BAME people.”

Aminatta Forna, who had published a novel set in the former Yugoslavia, discussed the response to it in an essay in which she revealed she could count on one hand the reviewers who did not mention that she was a woman of color writing in the voice of a rural, Croatian man. Other writers in similar situations chimed in.

In a newspaper interview, the American writer Roxane Gay deftly crystalized these thoughts:

People tend to have a very singular narrative of who someone is, and so people of color, women of color, queer people, are only expected to write about identity-based things, and the struggles of that identity. And when you write a narrative that challenges people’s expectations of who you are and your subject’s position, then all of a sudden they get confused and think, “This isn’t realistic,” because they don’t understand that we contain multitudes.

Maybe, just maybe. . . I was colossally naïve in writing a book set in a Portuguese village, a novel with a white male protagonist, and then a “what if” story about a princess that combined an escapist romance with a thriller. Actually, there’s no “maybe” about it. I was naïve. I simply wrote about whatever I wanted to write about.

Perhaps this did lead to confusion. As one critic said, referring to Untold Story, my “what if” tale inspired by the life of Diana, Princess of Wales, was “a curious marriage of author and subject matter.”

Why so? Because Nazneen, the protagonist of Brick Lane, is a virgin bride, uneducated, unworldly, has an arranged marriage to a much older man, suffers the scrutiny of the wider community, has an affair but decides that a man is not the way to salvation, and reinvents a new life for herself.

Lydia, the protagonist of Untold Story, on the other hand is…a virgin bride, uneducated, unworldly, has an arranged marriage to a much older man, suffers the scrutiny of the outside world, has an affair but decides that a man is not the way to salvation, and reinvents herself and her life.

If you’re a writer of color you’re only supposed to write about what people imagine to be your self. And that self is not an imaginative, creative, artistic, or intellectual self. That self might be labeled as “Asian writer” or “Bangladeshi writer” or “BAME writer,” but it is never labeled simply “writer.”

But one story has brown people and saris in it, and the other doesn’t. If you’re a writer of color you’re only supposed to write about what people imagine to be your self. And that self is not an imaginative, creative, artistic, or intellectual self. That self might be labeled as “Asian writer,” or “Bangladeshi writer” or “BAME writer,” but it is never labeled simply “writer”—that would be the true privilege.

Why did it take a host of other writers of color to enlighten me in the way they have? To be frank, I was too cowardly to think let alone voice those thoughts that they had the courage to voice. I didn’t dare because that would be “chippy”—making excuses for your own failures, everyone can point to examples of “ethnic” writers who are shining successes so to question the status quo is just sour grapes.

Put simply, I didn’t feel entitled to those thoughts. Also—to my depressed way of thinking—”so what and who cares,” because the world of books is a tiny bubble, irrelevant to the real problems of the real world.

It is tiny, but it’s not irrelevant, and not only because our bookshelves have a role in shaping us: the dichotomy—of grievance against the perceived unfair advantage of BAME writers, versus the hard facts of how publishing actually works—is the same real world dichotomy increasingly visible across Trump’s America and Brexit Britain.

I’m writing another novel now. This time I’m going to finish it. What’s changed? I beat myself up every day but that’s always been part of the process. I’m still writing exactly what I want to write. What’s different is that I’ve given myself permission this time to fail, because to succeed only on someone else’s terms is really the worst kind of failure of all.

This piece originally appeared on BBC Radio as “Simply a Writer.” Used with permission of the BBC.

Monica Ali was chosen as one of Granta’s 2003 Best of Young British Novelists. She is the author of four books, Untold Story, In the Kitchen, Alentejo Blue and the Man Booker shortlisted Brick Lane. 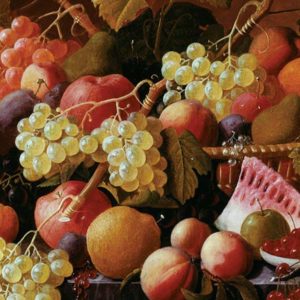