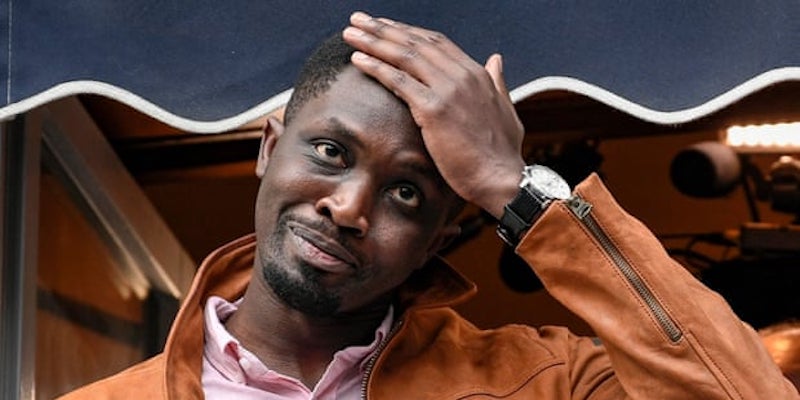 Mohamed Mbougar Sarr is the first writer from sub-Saharan Africa to win the Prix Goncourt.

Senegalese novelist Mohamed Mbougar Sarr has won the Prix Goncourt, France’s oldest and most prestigious literary award—becoming the first writer from sub-Saharan Africa to do so.

Sarr’s novel, La plus secrète mémoire des hommes (The Most Secret Memory of Men), follows a Senegalese writer in Paris who discovers a 1938 novel by a fictional African writer, TC Elimane. The story, writes Jon Henley in The Guardian, “echoes the real-life experience of the Malian writer Yambo Ouologuem, who in 1968 became the first African winner of another celebrated French literary prize, the Prix Renaudot, but was later accused of plagiarism, fled France and vanished from public life.”

“With this young author, we have returned to the fundamentals of the Goncourt,” said Goncourt Academy’s Secretary-General Philippe Claudel. Indeed, there was no uncertainty for the judges when it came time to pick the winner. The jury “made its mind up on the first vote—there was no need for a second round,” said jury member Paule Constant. He described the book as “a hymn to literature.”

A massive congratulations to Sarr!