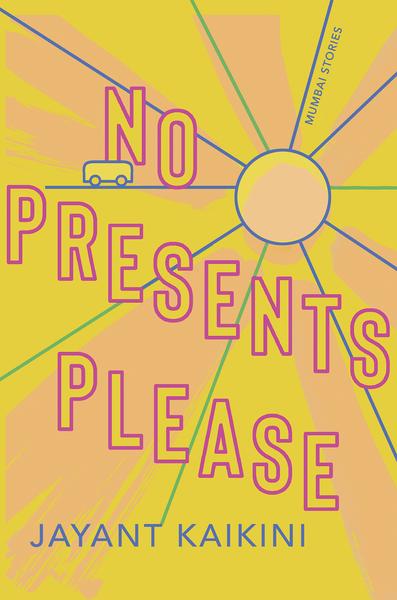 The following is excerpted from Jayant Kaikini's story collection, No Presents Please, newly translated by Tejaswini Niranjana. Kaikini is a Kannada poet, short story writer, columnist, and playwright, as well as an award-winning lyricist and script and dialogue writer for Kannada films. No Presents Please is the first book in translation to have won the DSC Prize for South Asian Literature.

After walking from the Shivaji Nagar hutments in Mulund to the train station to catch the 11 a.m. local to Victoria Terminus, Mogri sprinkles some water on her face in the public toilet before squeezing past the tiny shops on the footpath selling toys, fruit, and electronics, and reaches the Light of India Irani restaurant in an old Victorian building at Flora Fountain just as the clock strikes one.

The Light of India restaurant is already more than 70 years old. Its companions have long since changed their appearance and become shops, showrooms, or darkened permit rooms, but the restaurant with its large, square front door and its white windows, like those of a hospital, stays open to light and air. Since it is an old structure, the municipality has required that the building’s pillars be propped up by wooden struts—like walking sticks. Someone seeing it for the first time might well imagine the propped-up restaurant to be an old man with a supporting stick, saying that his life was nearly done.

The restaurant is run by three brothers who look alike, and as though they are of the same age. No one knows where they live, or whether they have families. They take turns at the cashier’s desk. They talk among themselves in a language only they understand. They have loud fights on the phone. The next second they talk with great courtesy to the customers, almost as though they would even pick up a cigarette that a customer might drop by mistake at a table. At night, when the outer shutters are pulled, the owner waits with a smile until the last customers decide to leave. As though charmed by these courtesies, customers occupy their regular tables and while away their time. Apart from the three brothers, there are, inside the small kitchen, Thambi and Badebhai, both past 40; three waiters all over 50; and Mogri, who has just joined the staff, and is nearing 30. Mogri is dark-complexioned, ordinarily attractive. When she writes the bill, she twists her lips slightly.

Mogri did not know where she was born or where she took her first steps. Ever since she could remember, she had lived in the Shivaji Nagar chawl. Her mother was a Kamati woman from Hyderabad, her father a Marathi man from Ratnagiri. They came together as construction laborers, and pulled the shards of their family life together in a hundred unfinished buildings. As the buildings they labored on rose up, they raised Mogri, too. Her mother remembered every under-construction building in which she had swung her daughter’s cloth cradle while she worked. In a marble-floored mansion in Chembur, Mogri spoke her first words. The parents spoke to each other only in Marathi, and her father named her Mogri after the Ratnagiri dialect word for the jasmine flower. After Mogri failed her tenth-grade exams, she stopped going to school. Although she had spoken Marathi since childhood, while growing up she spoke a hybrid Hindi like everyone else. She called her mother “Maa,” and she could not remember calling her father anything, since there was no reason to address him. All her communication was with her mother, who had also told her that her father had a wife and family in his village in Ratnagiri, in addition to a third one in Jogeshwari. He managed all three families as though it was no big deal. The most he said to Mogri was: “Baby, get me some maawa.” The little girl would run to the corner of the chawl and get a small packet of the masala-lime-tobacco mixture from the Shetty stall. This tiny stall displayed all kinds of new commodities: brightly colored hair clips, bejeweled hairpins, rakhis when Raksha Bandhan drew near. At Navratri, on her way with her friends to a ras garba dance organized in the neighboring building, Mogri stopped at the stall to buy two new hair clips. The owner’s son, just sprouting a mustache, gave her an extra one, and pinched her hand. Throughout the dancing, the Shetty boy’s eyes searched for Mogri as he moved from one vantage point to another. Mogri, wearing her new hair clips, stared for hours at the rich people in their shimmering clothes as they danced in a circle. Stroking his budding mustache, smoothing his hair down, the Shetty boy threw small smiles at Mogri. She would laugh as though she felt shy. As soon as Raksha Bandhan came around, the young people of the neighborhood went wild. All kinds of young men got rakhis tied on to their hands by the girls. It became an occasion to touch hands and bodies. Mogri took her chance and tied a rakhi, bought from his own stall, to the Shetty boy’s hand, calling him her “maanlela bhaavu,” or “assumed” brother. One afternoon, she went with him to see Ram Teri Ganga Maili in the cinema. Whenever the film star Mandakini appeared in a drenched thin white sari, the Shetty boy saw Mogri drenched too. In the darkness of the theater, Mogri became aware of a heavenly freedom inside her. And she felt grateful to the boy who had helped create that awareness.

She called her mother “Maa,” and she could not remember calling her father anything, since there was no reason to address him.

The boy who behaved so impassively in the shop became the object of competition among several girls who had all tied rakhis on him as maanlela bhaavu. One such girl stole two rupees from her house, bought batata vada in the market, and gave it to the Shetty boy. He ate one of them and gave the rest to another girl with a tickle.

A new building was coming up near the chawls—all the bedrooms, all the kitchens in those apartments were half-finished. There were heaps of sand and cement everywhere. As though operating a rota, the Shetty boy used to take his “sisters” to the half-finished building. “There’s a secret treasure there—let me show you,” he told each one of them.

On Sundays, or during the Saturday film on TV, or during Chhaaya Geet, or during the Ganesh festival week when programs were conducted in the neighborhood every evening, when people’s attention was elsewhere, the Shetty boy would tie his lungi and plunge into the unfinished building. The girl would climb in through a different door and the search for the hidden treasure would commence in the damp semi-bedroom with the sand and nails on the floor, piercing their bodies as they lay there. There was also the pervasive smell of wood shavings. Especially when it was raining outside, Mogri felt there was excitement in the very air. The boy started the pleasure machine in her, and then disappeared in a trice. To Mogri he seemed generous to a fault.

But slowly Mogri got tired of the hidden treasure. Without saying anything, she stopped going to the unfinished building. At the same time, her friend Yamuna started experiencing severe stomachaches. When the doctor made sly remarks, Yamuna started weeping loudly. Without worrying about what people might think, she held on to the Shetty boy’s hand at the bus stop and said to him: “Anna, my elder brother, you are my only hope.” The boy did not fail her. One evening he took Yamuna along with Mogri to the Pearl Centre and spent 80 rupees for the procedure. After making the payment, he rushed off on the pretext of work. Mogri somehow felt that Yamuna should have paid half the money. Then she told herself that Yamuna could not have been able to get the money together, and saluted the generous Shetty boy. It was quite a task for Mogri to bring the wilting Yamuna back in the women’s compartment of the local train. The compartment was full of women returning from work, many of them in sleeveless sari blouses with their necks and armpits powdered, some who picked up their sari pallu and fanned themselves with it, some that you thought looked rather nice, and would just then yawn widely and dig her nose. The two girls squeezed themselves into a small space between the women. At one point, someone got up from her seat as her station approached. Mogri tried to plonk Yamuna onto that seat, but a beauty with dark glasses pushed them aside and took the seat. Yamuna felt dizzy, and slumped as she stood. The compartment was plastered with abortion clinic posters, and the women commuters hung grimly on to the rod, clutching handbags to their bosoms. Their right hands looked as though they had been made strong by the daily hanging routine. What a life for a woman, thought Mogri. It was perhaps in that train compartment that Mogri outgrew the phase of the hidden treasure, and was catapulted into a different life.

“Mogri’s World” is excerpted from No Presents Please: Stories by Jayant Kaikini, translated by Tejaswini Niranjana. Copyright © 2020. Reprinted with permission of the publisher, Catapult.

Issa Rae and Jordan Peele purchased the film rights to a short story—for more than $630 per word.

The Cautionary Tale of the Love Surgeon 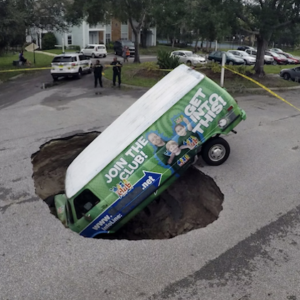 Issa Rae and Jordan Peele purchased the film rights to a short story—for more than $630 per word. Here are some facts about "Sinkhole," a short story by Leyna Krow, author of I'm Fine, But You Appear to be Sinking: 1....
© LitHub
Back to top