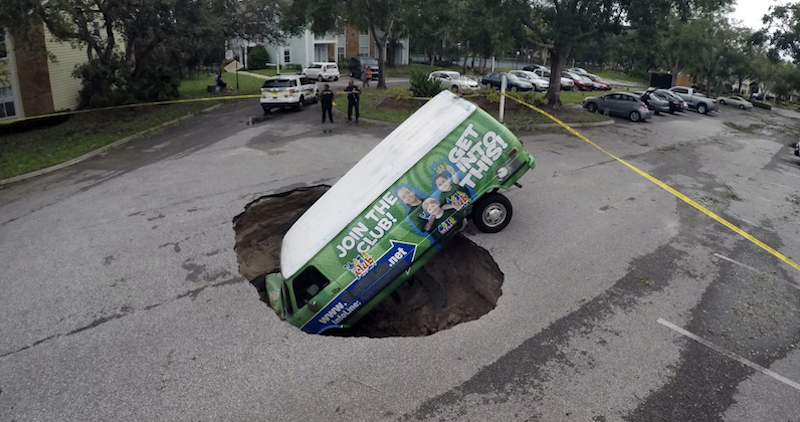 Issa Rae and Jordan Peele purchased the film rights to a short story—for more than $630 per word.

Here are some facts about “Sinkhole,” a short story by Leyna Krow, author of I’m Fine, But You Appear to be Sinking:

2. It was acquired by Universal Pictures and Jordan Peele’s Monkeypaw Productions in a competitive bidding process for “a low-seven-figure[s].”

3. This means that it fetched, at minimum, $630.52 per word, which should probably be considered the reasonable going rate for words from now on.

4. The story, originally published in the literary journal Moss, concerns a family that moves into a home with a giant sinkhole in the backyard which seems to fix anything thrown into it, raising questions for its narrator about her own identity. Krow will executive produce the project along with Alex Davis-Lawrence. Rae will star in the feature, as well as produce it with Monkeypaw’s Win Rosenfeld along with Montrel McKay and Sara Rastogi of Issa Rae Productions.