Premiering the Story of One Writer's Path from Prison to Publication

It is the season that Black Lives began mattering and Obama wanted brothers to keep their brothers and the world lost the ex-First Lady (RIP), who believed she could cure what seemed pandemic in my old world with a three-word mantra: “Just Say No.” On a macro level, The Residue Years: The Documentary is about black lives and brotherhood and that domestic war that Nixon declared back in ’71. But damn macro—this film is a testimony to how I evolved from a boy whose mother battled crack addiction to a youth who sold that same drug, to a prison inmate, to a professor, to an award-winning writer who revisits his prison years as a free man.

Or maybe I should just say this: The Residue Years is about the struggle to transform my life through the power of words.

Co-produced by Emmy Award-winning filmmaker P. Frank Williams, The Residue Years includes appearances by former drug kingpin “Freeway” Rick Ross, acclaimed author John Edgar Wideman, and cultural icon Tavis Smiley. It also features my friend Stevie, who is nearing the end of a sixteen-year sentence for manslaughter; my mother, and literary figures like George Gibson, publisher of Bloomsbury USA, and Kathy Belden, who is now an executive editor at Scribner. The film is set in New York and my hometown of Portland, Oregon, though parts of it were also filmed in L.A.

"Home," A Poem by Peter Balakian 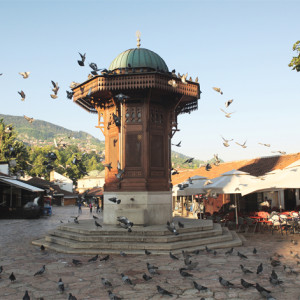 "Home," A Poem by Peter Balakian Driving Route 20 to Syracuse past pastures of cows and falling silos you feel the desert stillness near the refineries at the Syrian...
© LitHub
Back to top