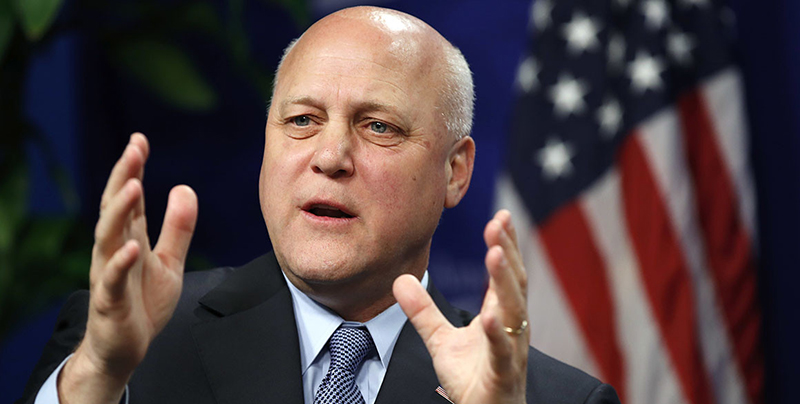 The American Attorney and Politician on Beyond the Page: The Best of the Sun Valley Writers' Conference

Below is an edited recording of New Orleans mayor Mitch Landrieu at the Sun Valley Writers’ Conference. When Landrieu addressed the people of his city in May, 2017 about his decision to take down four Confederate monuments, including the statue of Robert E. Lee, he struck a nerve throughout the nation—his brave and inspirational speech has now been heard by millions.

As he described that experience in his powerful memoir In the Shadow of Statues—and as he tells it here—Mayor Landrieu’s relationship to the question of race in America is deeply personal and complicated, and begins for him with his own family’s history, and the history of the city of his birth.

None of us live in isolation geographically, politically or historically. We all come from someplace spiritually, emotionally, educationally. And that is certainly true about me. I’m a southerner through and through. I was born in a uniquely southern place that is quite different from places that are not too far from it. So Kiln, Mississippi or Biloxi or Pensacola, Florida, all of which are along the Gulf Coast or Houston, are very, very different from the city of New Orleans, which, as you may know, we just celebrated our three hundred anniversary, which means that we’re older than the country. We were here before America became, you know, formerly America. And how we got to be who we are and where we came from has a lot to say about where we are today.

So New Orleans, as you may know was a port town. And if anybody knows anything about port towns, port towns are a lot more diverse than any other town because you’ve got all kinds of folks coming in and out. And the folks that were coming in and out were German. They were English. They were French. They were Spanish. And of course, they were Africans who were brought over here against their will. And because of the way the world was set up back then and the the governments who were trying to possess what we later became the United States of America and have a lot of money, they create a public private partnerships. And John Law got the concession to the part of the world that I eventually grew up in. And it turned out that he also had the concession to Senegal, Gambia and Haiti. And so the people that he brought against their will on behalf of a government came from Senegal, Gambia, and Haiti.

Does this town called New Orleans became a multicultural mecca from the beginning? But part of that was we sold more people into slavery in the city of New Orleans than anyplace else in the continental United States. And as a consequence, the entire economy of the south actually came through New Orleans and it was slavery that stood up the economy. And of course, as you jump forward without going through all the iterations of it was, in fact, why the civil war was fought, which is the context of the book that we wrote, which was to just speak a truth that for some reason still is painful for a lot of white people in America, whether you are on the right side or the wrong side, that the civil war was fought to protect slavery and to do so, try to destroy the United States of America, as we knew it in history, has rendered a judgment on that. But that very simple statement continues to be rejected by a lot of people in the country. And as a consequence, if you don’t know your full history and you’re not willing to embrace it and you’re not willing to go through the pain of it, it’s really kind of hard to get to the next place.

And so that is the context in which my family lived in the city of new ones. I’m one of nine children raised as Catholics, educated as Catholics, have a lot of Catholic guilt, but imbued with you with a huge that’s of social justice, primarily by the Jesuits. And my dad was I know he’d have two nickels to rub together. I grew up in a house that was 18 feet wide and 60 feet deep. He slept in the store room with my grandmother, who was of German descent, whose family name was Bechtel. Tell married a guy that had some kind of French descent and probably some African-American blood who had a third grade education that turned on the lights for the electric utility company. And he had one brother and they kind of found themselves a Jesuit high school. They got themselves to Loyola under the auspices of a number of Jesuit priests who were interested in social change at the time. They both married and one of them had ten kids and one of them had nine.

But we never wanted for anything. And we grew up in a in a very turns out different racial environment than most of our friends because of my father’s relationship with one guy whose name was Norman Francis. You may know him now. He was the longest serving president of HBC Youth Xavier University in American. My father met him on the first day of law school and they became best friends before Brown vs. Board of Education, and that relationship formed his enlightenment into racial justice and then helped him understand that when he was twenty nine years old as a legislator with a wife and home with four children and one child in utero, Me became one of two legislators that voted against the governor’s segregation plan. So think of George Wallace. Think of Jimmie Davis. You might want to think about Donald Trump, but let’s think about that later. But this whole notion of white supremacy and he was kind of born into the rage of that. And from the earliest times, basically said, Norman’s my best friend and I don’t know, much smarter than me and better than me. And, yeah, he’s African-American.

But everything they say about African-Americans is wrong and basically went on to do a lot of very aggressive stuff in civil rights in the south. And it was the mayor of the city of New Orleans from 1970 to 78 was always very aggressive and progressive about including African-Americans in the leadership of the city that they primarily owned and built. And I was just kind of born into that. So when I became the mayor of the city, New Orleans, the city, as you know, after Katrina was completely destroyed and the city had to be rebuilt and it had to be built. The the majesty of the rebuild. Besides the technical. Way that we did it, which was hard. Was that the people of New Orleans wanted to build the city back the way it should have been. If we would have gotten it right the first time, which meant that we had to really look at ourselves and say, well, we live in our truth. And so it was in that context that the issue of the monuments came up in a particular way after we had kind of rebuilt the city and the reason why we decided to take the step that we did.

To listen to more of Mitch Landrieu and other talks from the Sun Valley Writers’ Conference, subscribe now on iTunes, Spotify, Stitcher, or wherever else you find your podcasts! 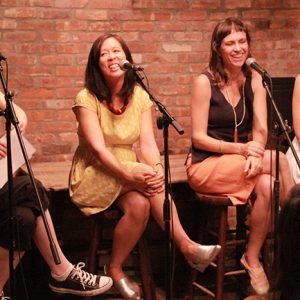