A New Poem by Chialun Chang

Chialun Chang is one of the most incredibly talented young poets to emerge recently in America. Her most recent chapbook, published by the inescapable No, Dear Magazine, One Day We Become Whites signals in its title alone something of the provocation, mayhem and tireless invention that her new poem “Mississippi River” partakes in. Chang’s gifts are manifold, but for me the superlative grace lies in her ability to juxtapose: words, cultures, worlds, the puzzling imaginary and the frightening real. In this new prose-poem lyric, the speaker takes us on a rollicking jaunt through bizarre Americana mythologies care of someone who may be a Taiwanese immigrant, like the poet. More precisely, by seeing “our” evaporating national tokens from the outside, the poet’s irreverent and whimsical vision has gone further to the deep distorted interiors than anyone else perhaps could. The liquidity of Chang’s wits, her metaphors, her images, her phraseology is like no other living (or dead) poet I know. We start at the Mississippi, but before the ride’s over, the poem has us at “(oriental) mandarin” and “You’re a typhoon.” Here’s a poet to outlive us all.

Claps. I’ve climbed two mountains for twenty-four seasons. Make no decision on the dark balcony. Claps progress. Sing a nagging song. I chose to leave after the landslides season. When a seat picked me, it turned off sunlight. Continue

clapping. Sarah picked five Fulbrighters up and two were vacant. I filled in for a reason. Five of them went every month. I went when I pray.

You always receive what you pray

not having a car. You’re not mute. You’re nothin’ to talk about. Not Christian. You do not slush. When’s the moment for outside groups to

clap. American roads are dark. Sarah drove us to look at Southern culture. We picked and craved pumpkins and repeated Thanksgiving. We posted with forts in the parks. We arrived on the top of hills and read American Poetry. Mosquitos chomped because we did not yet have antibodies. Our bodies exist for a reason. I pray for

stop driving me to church’s (chicken). I pray for activities I was not allowed, flushing toilet for free, drowning our bodies in a fish tank, I soak donuts, stare at wild cats, live in the woods, mock the continent (land), lick doggy hairs in a dry machine, eat roadkill, add ketchup in the soup. I chase Mr. Twain and pray for

our bodies exist for a reason. Another woman has your name. She lives in an engraved castle. Clap her for number. One Korean murmured, I could have been sent to a better place. Sarah picks you three months later.

Chialun Chang was born and raised in Taipei, Taiwan. She is the author of a chapbook, One Day We Become Whites (No, Dear/ Small Anchor Press), recent poems can be found in Home School, Brooklyn Rail, Bone Bouquet, iO poetry, 92Y, and No, Dear Magazine. Two of her translated chapbooks have published by Belladonna* Collaborative. She is a recipient of fellowships from New York Foundation for the Arts IAP program, The Center for Book Arts, and Poets House.
Share:

My Longest Healthy Relationship is with the Dead Poet Catullus 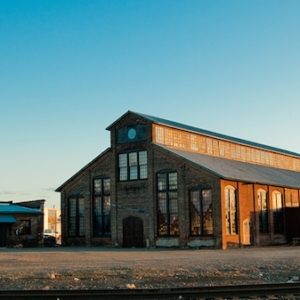 Literary Long Weekend: Indie Books and Local Food in Hudson, NY To celebrate our partnership with Kimpton, enjoy 20% off their Best Available Rate. Cozy up in your hotel room with one of our seasonal...
© LitHub
Back to top