If you like books and/or food (you probably do), and live in the New York City area, a quick Amtrak train ride north to Hudson (on the Hudson) may be something you should consider for the weekend.

This Saturday, July 30th, the descriptively named Read & Feed will be taking place in Hudson, New York (one of the New York Times many nominees for upstate Williamsburg, which is both a good thing and a bad thing) from 5pm to 11pm, at Basilica Hudson.

Brought to you by the good people at CLMP (Community of Literary Magazines and Presses) along with the venue itself (a beautiful former foundry made into a temple of art by bass player Melissa auf der Maur—previously of Hole and The Smashing Pumpkins—and documentary filmmaker Tony Stone) this year’s Read & Feed marks the launch of a new annual festival of indie lit publishing and local sustainable food-making.

Going far beyond the usual panel discussion, best friends Lydia Davis (Can’t And Won’t) and Lynne Tillman (What Would Lynne Tillman Do?) will chat with each other and engage in a wine tasting with the audience led by Hudson Wine Merchant’s Michael Albin.

New York Times “Drinking” columnist and memoirist Rosie Schaap will moderate a panel on food as a language with the likes of poet (and President of the Poetry Society of America) Kimiko Hahn and her husband, true crime writer Harold Schechter, whose latest book is Man-Eater: The Life and Legend of an American Cannibal.

Siglio Press’s stunningly beautiful edition of John Cage’s Diary: How to Improve the World (You Will Only Make Matters Worse)—printed using 28 variations of colors and fonts—will be read marathon-style in its entirely with readers changing with each font and color. The performers run the gamut from legendary poet Bernadette Mayer to lead singer of the Magnetic Fields’ Stephin Merrit.

Learn how to make world-historically important cocktail, the “Belle Rêve”

Demonstrations and tastings will include Marianne Courville and accomplices of The Hudson Standard demonstrating how to hard shake this twist on a classic cocktail based on Tennessee William’s Streetcar Named Desire. Chef and cooking instructor Myra Kornfeld and award-winning poet, scholar and professor Stephen Massimilla, authors of Cooking with the Muse: a Sumptuous Gathering of Seasonal Recipes Culinary Poetry, and Literary Fare (Tupelo Press 2016) will be cooking up things for everyone to try.

Like a kissing booth, but instead of smooch you get read a poem, with different poets reading every half hour. Leave with a new poem (and maybe even a poet…). [Ed. note: this one seems almost creepy but at least not boring.] 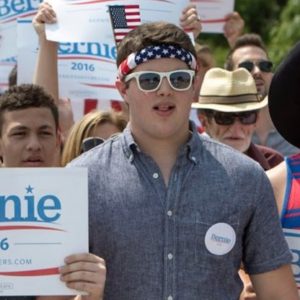