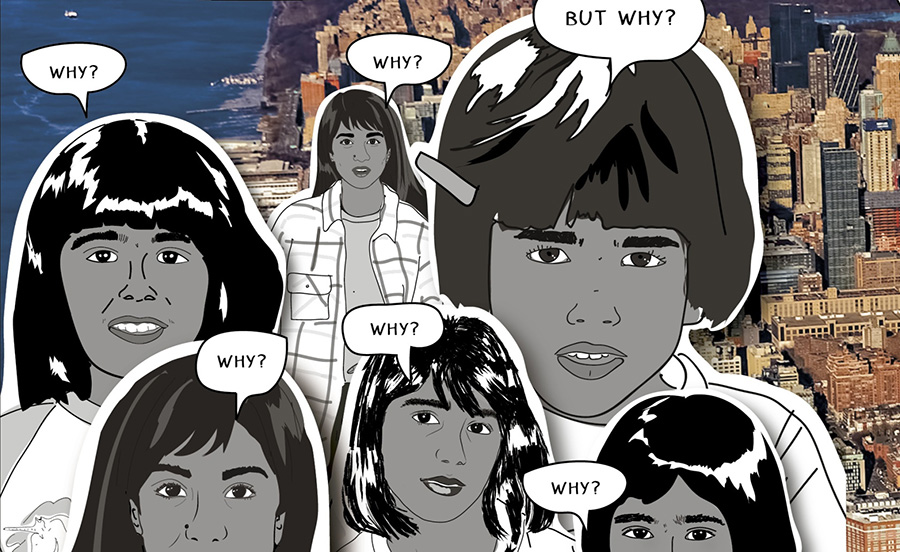 Mira Jacob: ‘What Do You Do When Your Disbelief is No Longer the Center of the Story?’

The Author of Good Talk
on Reading Women

In this episode, Autumn and Kendra talk with Mira Jacob about her new memoir Good Talk, which is out now from One World. Good Talk was also long listed for the 2019 Reading Women Award for Nonfiction.

Kendra Winchester: The Sleepwalker’s Guide to Dancing is this gorgeous family drama. There’s so much going on—who even can explain it—but it’s this beautiful novel. Then you go from that to Good Talk, which is this graphic novel-memoir kind of thing. What made you want to move from something like The Sleepwalker’s Guide to Dancing to Good Talk, which is very different in its medium.

Mira Jacob: That’s such a great question, and I have to say I have a couple different answers to that. The first way … is really just as an artist and as a creator, there’s always a part of me that sort of waits for the form of something to occur to me—meaning what’s going to be the best container for this story?

With Sleepwalkers, it’s a novel. I love a metaphor, as you probably figured out. It’s a long novel. I think 512 pages; hopefully, I hear from people it goes by very quickly. For me, it was really a joy to write that and to really explore what’s happening in a specific family. I’m a sucker for a crazy family story. Please tell a crazy family story. Getting to spend time with those characters was really. . . . It was for me, it became a real escape from my life, getting to go into their lives instead. … That novel was helping me deal with an enormous amount of grief I was feeling in my life about losing my dad, and I needed all the words I could. I kind of needed every word I could find just to articulate that feeling.

The impulse to write Good Talk was a really different thing because when I tried to write it, I actually tried to write it first as an essay because that’s what I know how to do. I sort of was like, I can do this. I can write what this feeling is. My son had all these questions. Some of them were super funny. You know, “What happened to his other glove?” about Michael Jackson. “What happened to his other glove?” And you know, “What color is his skin? Like my skin?” And then some of them were really hard when he started asking, “Are white people afraid of brown people?”

I think actually the transition question was really wild because he asked me at one point, “What does Michael Jackson. . . . What did he like being better?” Because he noticed, obviously, that his skin color changes over his lifetime. And he said, “Did he like better. . . . Did he like being brown or white better?” At the time I was sort of like, “Aah, no!” because I knew the things that it was stepping on in me when he asked that. I know all the fears that I have for him.

You know, I know he’s going be a brown young man at some point, and being a brown man in American is a very specific and harrowing thing, especially right now. I know all things his questions were unleashing in me, and I also knew that if I were to write those down and explain that. . . . There is a whole subsection of the internet right now that is devoted to really not caring about people’s feelings. Specifically, [if you write something, they will go after you,] finding a way to lampoon it, finding a way to make fun of it, to call you snowflake. . . . And I’m used to that as a woman of color who writes. I’m used to those people coming for me, to come for me often. I’m not used to them coming from my kids. Whenever I tried to write those essays, I just stopped. I just froze. It was really weird, because I think part of it was freezing me was just the exhaustion of trying to explain something that’s so fraught to an audience that I knew either didn’t believe it or was going to greet it with skepticism or at best was going to kind of read it with a level of just nonchalance and put it away.

When I was filled with that feeling one day, I just drew us on paper, printer paper, and I cut us out, and I ran to his room, and I got all these Michael Jackson albums, and I put us on those. I cut us out like paper dolls, and I put them on top of them, and then I drew our conversation into bubbles and put those on top of the albums. I stood on the dining room table and took pictures of them so that they just were sort of. . . . It was almost like storyboarding our conversation with visuals. The minute I did that, I just felt so relieved because I felt like I had gotten to the part of the story that I wanted to tell the most without exhausting myself and without having to bleed on the page for somebody who just doesn’t care about that blood anyway. It felt like I was getting to the point that I needed to say.

The other that it was doing was I was saying the conversation without having to convince anybody, if that makes sense. It’s just there. You can read it or not read it. You can decide that you care about it or not decide. Or decide that you don’t care about it. What you can’t do is say, “Well, the sentence leading up to this made me really just not believe her. If she would’ve said it this way, maybe I would have believed her.” Well, you can’t do that anymore because it’s just paper dolls talking. So what do you do with that knowledge? What do you do when your disbelief is no longer the center of the story? 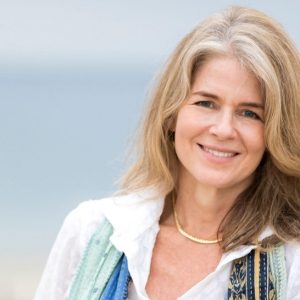 Adrienne Brodeur is the guest. Her memoir, Wild Game: My Mother, Her Lover, and Me, is available from Houghton Mifflin Harcourt....
© LitHub
Back to top