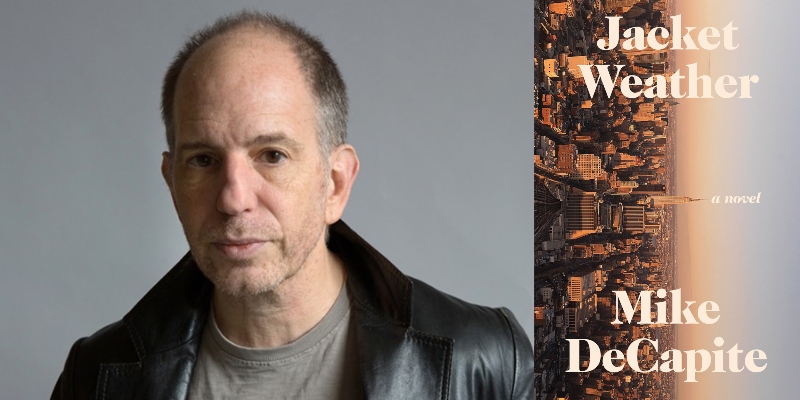 Mike DeCapite on the Verbal Authenticity of Good Dialogue

Mike DeCapite is the guest. His new book, Jacket Weather, is out now from Soft Skull.

Mike DeCapite: Have you ever spent all morning working on something, trying to say something right on the page, and then you leave the house and you talk to somebody and you just get it like that. You just put it into words very easily without even thinking about it. You express it in the most forceful way that it can be expressed simply through speech, right? I mean, the words come naturally to us when we’re speaking. So that’s something that I’m always concerned with. I want this to be intimate, and I want it to be like someone speaking. It doesn’t have to be in the rhythm of my speech; it just has to be with the emotional force of speech. Which is something that I read about when I was writing this book of journals that I told you about. I was very careful because I was writing about people who were my friends, and these are people who are seeing what I’m writing.

So at that age, at 18, my idea was that a writer should be honest, and my idea of honesty was that he should be objective or fair. Then I read Céline and realized that he was much more honest being subjective. There are a lot of things that I love about Céline, and there are a lot of ways in which Céline’s writing affected me. But later on, a university press—I can’t remember which press—published a book of interviews with Céline, and he talks about this. I think he calls it the “emotive subway.” But the idea is that the important thing is to write with the emotional power or force of speech. You don’t have to reconstruct the rhythms of someone’s speech. It’s just you have to say things with the directness of speech. That’s something I try to do.

Brad Listi: That is a very well put and speaks to my experience reading Céline, first of all. Journey to the End of the Night had a massive effect on me. I was telling a friend about this, and I was trying to place myself in time. I always feel like I have to asterisk Céline by noting that he was an anti-Semite, and controversy on all the rest. But I think if you read the early books in particular, there’s so much humanity in them, so much dark comedy and this wonderful aliveness. I think part of my fascination with it was I was like, wow, this is a book that was published in 1932 or something, and it reads like it was written yesterday because of that energy. Part of it is, I think, the translation. Maybe if you read it in French, it would seem more dated. But it just seems so immediate, and I was wondering why. And then it definitely felt like that force of the spoken, that verbal authenticity and just that feeling of the author’s talking to you.

Mike DeCapite: There’s nothing literary about it. I don’t mean that there’s no artifice or art involved, but there’s nothing literary about it. He’s talking right to you like a person sitting next to you. I mean, I feel that same way about Dylan. I feel the same way about both of those guys. Céline is capable of the most extraordinary, beautiful images, but he never—in fact, he goes kind of out of his way not to phrase them in a literary way. It’s always like he’s just talking. It always feels like he just threw a card down on a table. And there it is.

*
Mike DeCapite has published the novel Through the Windshield, the chapbook Creamsicle Blue, and the short-prose collection Radiant Fog under the banner of Sparkle Street Books. Cuz Editions published his story Sitting Pretty, later anthologized in The Italian American Reader. DeCapite grew up in Cleveland and has lived in London and San Francisco, but has spent most of his time in New York City, where he now resides.

How to Spend a Literary Long Weekend in Seattle

A Little Devil in America by Hanif Abdurraqib, Read by JD Jackson 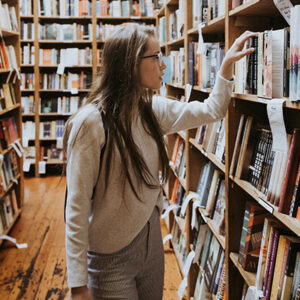 How to Spend a Literary Long Weekend in Seattle