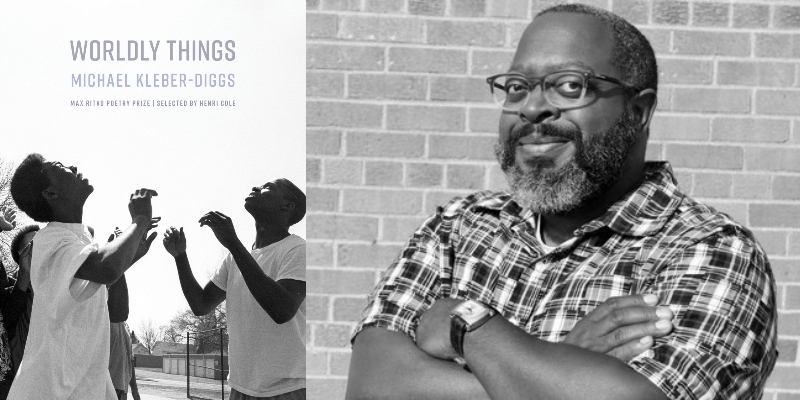 Mitzi Rapkin: In your poem “Gloria Mundi,” some of your thoughts, at least how I took them, about mortality are that in a way we are one of many. You write:

One part per seven billion. Make me smaller still.
Repurpose my body. Mix me with soil and seed.

I was curious about—not that it’s a juxtaposition, because we live in paradox—but maybe some of the thoughts that went into this poem. You say, if you can make it to my funeral, great—if you can’t, dance for me wherever you are.

Michael Kleber-Diggs: There’s a Rabbinical teaching, as I understand it, about having a note in each one of your pockets. One says something like “I am a speck of dust,” and the other is something like “the world was created for me.” I have a similar belief: it’s that my smallest gesture matters way more than I could possibly understand—the smile that we give to the weary traveler may change the course of their day in a profound way—and that I am insignificant. I hold those two ideas at the same time. And some of that is kind of a raging against the current Western selfishness. I wasn’t thinking about it at the time, but right now, the images from India [during the Covid-19 crisis] really helped bring forward that idea to me. I want my time here to be purposeful. I want to have a positive impact on the people around me and on the community I live in. I want to hold meaningful conversations. I feel so lucky to have a platform to do that.

And I also feel that I’m not really all that important. It’s a really hard idea to articulate. I’m not all that important. There are so many people here right now. So many people have lived and will live after I’m gone. I think it’s my way of saying that I’m going to continue to embrace those small gestures and those small moments. I’m going to keep writing poems. And I’m going to do that at least seeing myself as one part of a very large group of people who are here at a very small moment in time.

Michael Kleber-Diggs is a poet, essayist, and literary critic. He was born and raised in Kansas and now makes his home in Saint Paul, Minnesota. His debut poetry collection, Worldly Things, won the Max Ritvo Poetry prize and will be published by Milkweed Editions in June, 2021. Michael teaches creative writing through the Minnesota Prison Writing Workshop and at colleges and high schools in Minnesota. 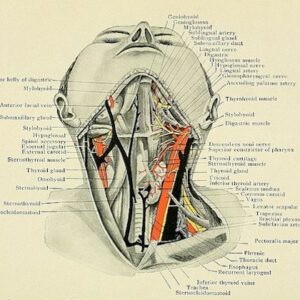 Testosterone and related androgens (and also estrogen) direct the body’s energy to be used to build up molecules...
© LitHub
Back to top