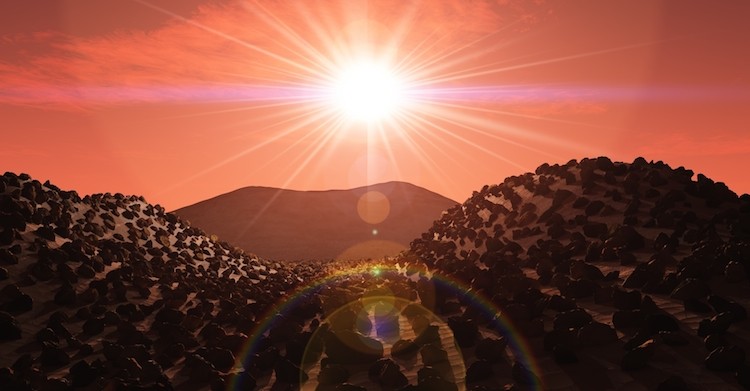 On the Accidental Discovery of a Wonderful Book

This essay is drawn from the introduction to Martian Dawn and Other Novels by Michael Friedman, which will be published by Little A on May 26, 2015.

Sometimes you discover a good book, and sometimes it is prescribed to you. Nearly a decade ago I was visiting my uncle, Geoffrey Young, in Great Barrington, Massachusetts, where he runs a gallery and a small press called The Figures. It was winter, and Geoff’s house is one of those rambling wooden structures with a thousand tangential corners and hallways—the kind of house that never fully warms once the temperatures dip into single digits. We walked around in layers and tight, condomlike wool caps, playing aerobic Ping-Pong matches and drinking tea to stay warm.

One night during the visit I realized that a blazing-hot bath might be an effective thawing agent, and I asked if I could borrow the upstairs tub for a while. “Yes, one sec,” was the reply. Geoff vanished. I went in search of towels. When he reappeared, he had a copy of Michael Friedman’s Martian Dawn in his hand. “Here you go,” he said, passing it over, as though it were obvious (and it is, I guess) that a person wouldn’t want to marinate without at least 150 pages of experimental fiction for companionship. Some nieces have all the luck. Bath drawn and windows fogged and clammy exoskeleton submerged, I picked up my prescription and looked it over. If the title had William Gibson vibes, the cover painting by Duncan Hannah repelled any specific genre affiliations: In macaroon colors, an elemental man and woman face off in what could be Taos or the moon, each wearing sensible footwear and flowing garments with statement necklines. A pale sun or some other astronomical object glowed in the corner. It was around five by seven inches, my favorite size for a book, not quite pocket-size but scaled ideally to a woman’s purse, like a derringer pistol. I started reading.

In all pieces of genuinely original fiction there’s a moment when a reader halts with an internal What the fuck? and decides either to continue or to burn the book for fuel. In Martian Dawn, the moment starts at the tenth sentence: She watched Richard move silently through the house, stopping to rearrange the flowers and pictures. Sometimes, she reflected, he was like a wild animal—a black panther padding through the brush of Equatorial Guinea at dusk.

She knew that Richard was a sucker for her “come hither” look. Lately he had been like putty in her hands. It continues more or less throughout the book’s 20 chapters, in a hailstorm of what the fucks? interspersed with the ticklish delight of uncovering a truly alien artifact. The passage just above brims with features that I would go on to perceive, in my cooling bathwater, as typical of Friedman: the obscene bursts of cliché, the mind-boggling specificity (Equatorial Guinea, dusk), the surgical transfer of surreal humans into quotidian situations and—just as often—the inverse.

As with any sufficiently enrapturing book, I started to wonder about the author: How old was this Michael Friedman person? Where was he raised? Who were his influences? The Wikipedia-grade questions were supplanted, as pages passed, by gauzier ones. What kind of cuss words did Michael Friedman use in conversation? Did he have recurring nightmares? What were his favorite chores? Had he ever bribed an official?

The Wikipedia questions were answerable after the bath. Updated for today, they are as follows: Friedman grew up in Manhattan and has published six collections of poetry. He cofounded the well-respected poetry journal Shiny in 1986, the same year he graduated from Duke Law School (an article published a decade ago in the Denver Bar Association’s magazine describes him, delectably, as a “lawyer by trade, poet by habit”). Martian Dawn was his first work of fiction, originally published in 2006 by the excellent Turtle Point Press. He completed his second novel, Are We Done Here?, in 2009, and his third, On My Way to See You, in 2013. They are published here for the first time. Friedman lives in Denver, Colorado.

Martian Dawn’s central figures are Julia and Richard, a Los Angeles show-biz couple enjoying a life of Rodeo Drive shopping sprees, dinners with costars, and casual Buddhism. Depending on readers’ engagement with late-20th-century pop culture, they may realize immediately or never that Richard and Julia bear a resemblance to Richard Gere and Julia Roberts, as well as sharing certain qualities with the characters played by those actors in the 1990s Pygmalion tale Pretty Woman. (Which had, incidentally, a tag line that Friedman might as well have written: “She walked off the street, into his life and stole his heart.”)

Which brings us to clichés. Friedman’s pages are filled with them. Two per page, at least, in each book. Characters hatch plans, enjoy whirlwind courtships, grab a bite, sleep fitfully, race against the clock, wax poetic, look like a million bucks, stand their ground, shoot themselves in the foot, remain calm under pressure, shake their heads ruefully, wait for the other shoe to drop, keep their emotions firmly in check, become wracked with jealousy or remain preternaturally calm. The clichés do different things: conjure a mood, signal wryness, give their speakers a dim-witted veracity. Some are punch lines. One thing they are not is lazy; on the contrary, a reader gets the sense of prose that has been harnessed in rigorous but invisible constraints—like a fresh-faced Gap model wearing a spiked leather codpiece beneath his chinos.

Indeed, these books have a perverse streak, but they are not disobliging. There’s lots of dialogue, little figurative language, many short sentences that appear like blips across a radar screen. There are lists and geographical coordinates and a feather-light quality to the verbiage. You could read Friedman’s sentences out loud to a fourth grader and the kid wouldn’t have to look up any words. (He’d probably develop some interesting pathologies down the road, too—an added bonus.) As for an adult reader, I felt the whole time as though I were being pleasurably hoodwinked, which is the exact response I prize above all else in literature.

Friedman’s next two novels, Are We Done Here? and On My Way to See You, draw from the same tool kit but yield new inventions: They scoot among exotic settings (Paris, South America, the Betty Ford Center in Rancho Mirage), pop in and out of scenes with dronelike omniscience, and generally decline to recognize common sense. The end of Are We Done Here? finds two friends chatting at a bar in Minneapolis: “You know, there’s a rumor going around New York that I’ve moved to Latvia.”

“I wonder how that got started?”

“Those grapes will soon be raisins.”

This isn’t the kind of exchange that two men have in a bar in a midsize Midwestern city; it’s the kind of exchange that a singularly odd person invents in his head and, if we are lucky, commits to paper. If you had to guess at Friedman’s influences, you might think, Joe Brainard? René Goscinny? Ronald Firbank? The Henry James novel The Spoils of Poynton, which revolves entirely around a family’s minor furniture dispute? But with more dopamine squirts? It’s hard to say.

Friedman doesn’t write like any particular predecessor. You could say he writes the way an eccentric billionaire spends money: unpredictably, in unusual denominations, with zero scruples. You could also say he writes like some other, smarter species imitating a human being.

The singularity of the books might be one reason it’s so pleasurable to read them illicitly. For a real thrill, photocopy a chapter of On My Way to See You and read it during work hours at the office. Knit your brow and grasp a highlighter in one hand, hovering it above the pages to create a strong visual impression of industry. Teenagers, slip this volume between the “Stoichiometry” and “Covalent Bonding” chapters of your chemistry textbook and experience a whole new kind of catalysis. Jurors, whip out your copy midway through deliberation. The private joy of absorbing these works is accentuated when you do it in public, under circumstances that explicitly forbid recreational reading.

I love Friedman’s books for the reasons I love the paintings of Jan Steen and the poems of Emily Dickinson and the symphony that Beethoven wrote, Symphony No. 2, about farting: He is weird and virtuosic, and this union of traits is agonizingly rare. He makes me laugh, he makes me sad, he leaves me feeling invested in my own freakishness. His books are wonderful to read in the nude. What more could you ask of an artist? 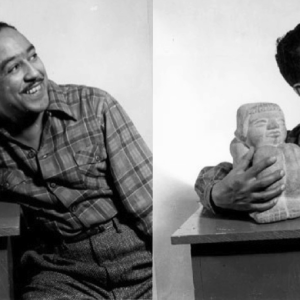 On the fine art of not destroying your career while on your debut book tour. | Literary Hub “Being Brown, Male,...
© LitHub
Back to top