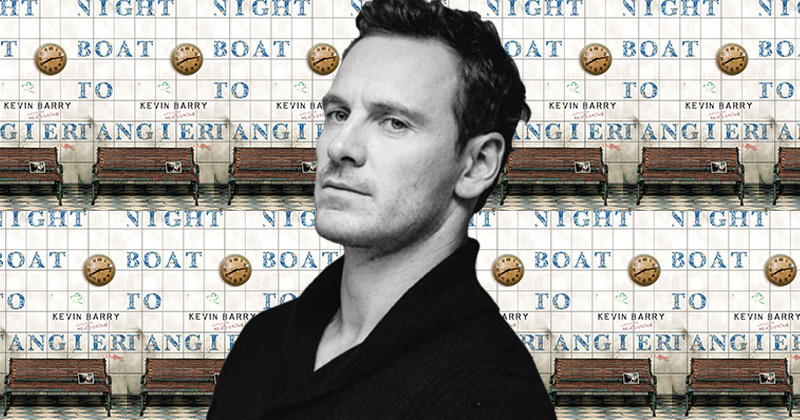 According to the Bookseller, “Andrew Eaton of Turbine Studios and Conor McCaughan and Fassbender of DMC Films are jointly optioning the multiple-prize-winning Irish author’s book for feature film adaptation. Barry is adapting the novel for the screen himself.”

Night Boat to Tangier (a sort of Waiting for Godot meets In Bruges, albeit with way more flashbacks) is the story of Charlie Redmond and Maurice Hearne—two aging and world-weary Irish gangsters who have planted themselves at the terminal building at the Andalusian port city of Algeciras in southern Spain in the hope that Charlie’s missing daughter Dilly will reappear. Bitingly funny, linguistically dazzling, and darkly melancholy, Night Boat was longlisted for the Booker Prize earlier this year and recently named one of the New York Times’ 10 Best Books of 2019.

As a long-time superfan of both Barry’s devilish writing and Fassbender’s intense screen performances, this development is especially welcome news for me, Dan Sheehan. Thanks for making this happen for me, lads. Now please cast my mates Colin Farrell as Charlie, Maria Doyle Kennedy as Charlie’s wife, and Eve Hewson as Dilly, and we can start shooting this thing.