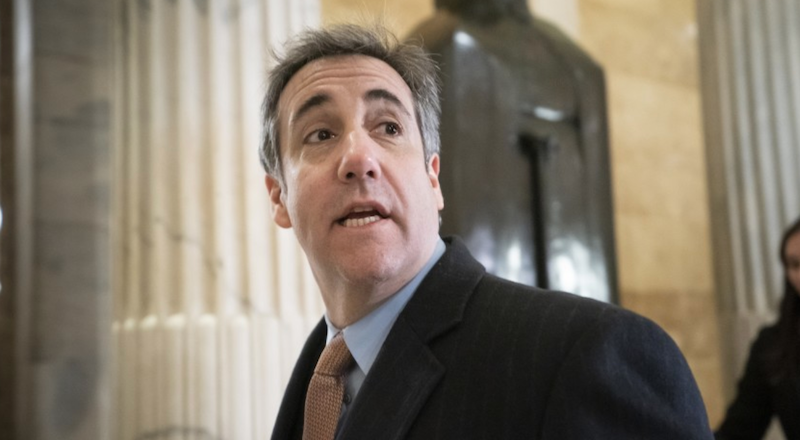 Michael Cohen will be released and allowed to finish his memoir from home confinement.

[Updated 1:18 pm ET] Michael Cohen will be released from prison on Friday under orders from a federal judge, who said he was re-imprisoned after an initial release to home confinement in retaliation for his plans to publish a book about the president.

“I make the finding that the purpose of transferring Mr. Cohen from furlough and home confinement to jail is retaliatory,” Alvin K. Hellerstein of Federal District Court said, The New York Times reported. “And it’s retaliation because of his desire to exercise his First Amendment rights to publish a book and to discuss anything about the book or anything else he wants on social media and with others.”

Cohen was already writing a tell-all memoir about President Trump while imprisoned at Otisville Correctional Facility in Mount Hope, New York. Several months after being released into home confinement, he refused to sign an agreement that would have prevented him from publishing the book before the presidential election this year—prompting federal authorities to return him to prison. His lawsuit, filed by the American Civil Liberties Union on his behalf on Monday, claims that the administration impinged upon his First Amendment rights.

Books that belong to the increasingly tortured genre of Trump tell-all memoirs don’t tend to portray the president in the best of lights, but this one sounds particularly damning: The suit says that it “describes pointedly certain anti-Semitic remarks against prominent Jewish people and virulently racist remarks against such Black leaders as President Barack Obama and Nelson Mandela.”

With Mary Trump and John Bolton having been through extensive legal battles over their own tell-all Trump memoirs, this one may still have a long road ahead.