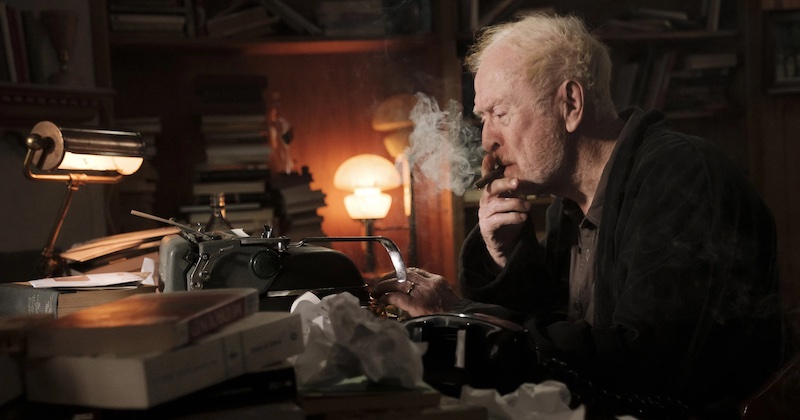 Michael Caine is (maybe) retiring from acting . . . to be a writer!

On Friday, Michael Caine appeared on the BBC radio program “Kermode and Mayo’s Film Review,” to talk about his new film Best Sellers, in which he plays a cranky, alcoholic novelist who goes on a book tour with his publisher, played by Aubrey Plaza, who is trying to save the company. (Reviews are mixed.) “Funnily enough, it has turned out to be my last part, really,” the actors said when asked about his role.

Because I haven’t worked for two years, and I have a spine problem which affects my leg, so I can’t walk very well. And I also wrote a book, a couple of books, which were published and were successful. So, I’m now not an actor; I’m a writer. Which is lovely because as an actor, you have to get up at half past six in the morning and go to the studio. As a writer, you can start writing without leaving the bed!

This is, in fact, the one inarguable perk of being a writer.

When host Simon Mayo asked if that meant Best Sellers would be his last time, Caine responded, “I think it would be, yeah. There haven’t been any offers, obviously, for two years. Because nobody’s been making any movies I’d want to do. But also, I’m 88. There’s not exactly scripts pouring out where the leading man is 88.” However, the next day, the actor tweeted that he was not, in fact, retired, and since then, Variety has reported that he is reviewing two scripts for upcoming projects.

Well, either way—bring on the books, Michael Caine.