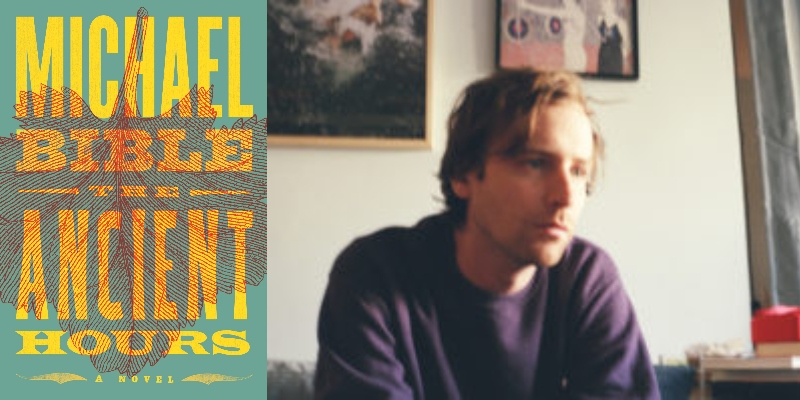 Michael Bible is the guest. His new book, The Ancient Hours, is out now from Melville House.

Brad Listi: When you talk about investigating a guy and why a person crosses over into violence, especially as it relates to a religious community, I’m wondering, what did you learn? Can you encapsulate it? Did you come up with any answers?

Michael Bible: Well, nothing definitive. And that is an answer, in a way—that there isn’t one definitive thing. There is no revelation that comes from it. At least one thing that I started to understand was that people are very, very complex. And what they do or choose to do in any given situation is predicated on a million decisions that happened before they were born. I mean, how interconnected the world is and the endlessness of possibilities is kind of laughable in our human understanding of justice, you know?

Religion didn’t take from me, but I hold a reverence for it, for the kind of 3,000-year-old strangeness that is human religion or something. Because it starts to account for these possibilities and see people as more than just singular acts and as complex human beings. And the church was the first place that I started to understand that, in a way. The problem became when it started to encroach into politics or into rule making and that kind of stuff, I couldn’t operate with it. But its explanation of the human condition is interesting.

You asked me what did I learn from Iggy—I think there’s a lot of these people. I mean, the book came out in December and pretty soon after there was this bombing in Nashville, and immediately I knew who this guy was, even before you knew. He was this disaffected person. He was alone. He was facing all of these things. And there’s a story behind him and why he came to that point. But I don’t know if there’s any lesson or final pronouncement, just that people are a lot more complex than they seem to be.

Brad Listi: Yeah, it’s funny. You talk about this archetype of the disaffected, I guess rural—I grew up in suburban Indianapolis, at least part of my childhood, and there were definitely Iggys in my large public high school. It was a pretty good-sized suburb and it wasn’t necessarily rural, though my neighborhood abutted a pig farm, so I guess to some people it would be totally rural. Not like Statesville; it’s a little bit more urban than Statesville. But still, it seems like what we’re talking about is a certain kind of white dude, frankly. Not that there can’t be disaffected people from other backgrounds, but I think for the purposes of this conversation and in the context of your book and the scene that we’re dealing with, it’s a kind of white dude who often comes from a home where there’s abuse or addiction or some combination thereof, some kind of disquiet at home. And then there might be mental illness, financial difficulty, religion. It’s a potent mixture. Do you see what I’m getting at?

Michael Bible: Yeah, yeah. It’s America. I mean, that is what the rest of America is. We’re living in an oligarchy, essentially. We’re living in a country where a lot of people are struggling and very few people are not. And I think all of those things conspire to create the conditions for these people to lash out.

Brad Listi: Not to get too political, but did you, in watching the insurrection on January 6th, the attack on the Capitol, did Iggy come to mind for you on that day?

Michael Bible: Absolutely. I mean, there’s been a slow wave of people falling into this madness, falling into this story, this lie that they’re being told. It seems so cinematic or intense and unprecedented. But you look back in history and it’s not. That people fall prey to these kinds of ideas and then are so captivated and captured by them that they resort to violence is the story of man. Iggy’s story is just that he’s captured and captivated by his own demons, and they’re very personal to him. I would gather that many of the insurrectionists have sort of personal demons themselves, but they’re intoxicated on this larger lie that drives them to this violence. I think it’s similar to Iggy for sure.

Also, Percy Grimm in Light in August is the example of this that Faulkner kind of predicted long before any of this was a possibility. That kind of alienated soldier who was unable to go to war. Percy Grimm came of age between the world wars, so he wasn’t able to go off to Europe and fight. I think a lot of the people we saw at the Capitol were veterans too, or maybe they’re at an age where they have a lot of pent-up pride and patriotism and they don’t know where to to put it, so they put it into this kind of white identity. And it’s terrifying. But that’s the American story, unfortunately.

Michael Bible is originally from North Carolina. His work has appeared in the Oxford American, The Paris Review Daily, Al-Jazeera America, ESPN The Magazine, and New York Tyrant Magazine. He is a former bookseller at Square Books in Oxford, Mississippi, and lives in New York. 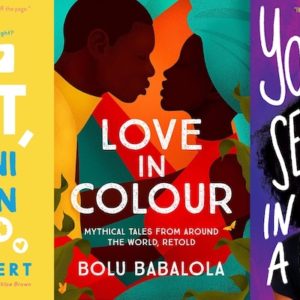 In this week’s episode, Kendra and Sachi are joined by Caribbean Bookstagrammer Cindy (@BookofCinz) to talk about books...
© LitHub
Back to top