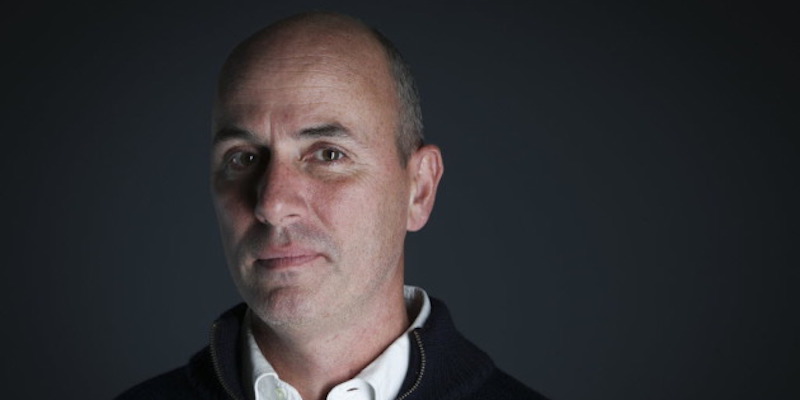 Michael Bazzett on the Role of Comedy in His Poetry

In this episode, Mitzi talks to Michael Bazzett about his latest poetry collection, The Echo Chamber.

Mitzi Rapkin: I thought a lot of these poems from The Echo Chamber also had almost like a Zen koan type riddle to them, where maybe you have people that go to a play and they have to pay extra for the punch line and the punch line is blank or a comedian is on the stage and he disappears, where there’s some kind of higher spiritual sense of emptiness.

Michael Bazzett: Yeah, I think it’s a transcendent disappearance.  What’s happened is the boundaries of the self have dissolved. It’s the old joke, “What did the Buddhist monk say to the hot dog vendor in New York City? Make me one with everything.” So you’ve lost yourself but you’ve gained potentially a transcendence or a transcendent nothingness. I’m not quite sure. I’m a pretty casual half-assed Buddhist, but it was kind of the natural progression after my 12 to 13 years of Catholic schooling. So, I did spend a fair amount of time with it. I think that koan paradox is a very good way to get outside of overtly linear thinking or dialectics, and that’s something I definitely like to do with poetry.

Mitzi Rapkin: So many of your poems have humor in them. What is the role of comedy in your life?

Michael Bazzett: That’s a good question. I love stand-up comedy and studying joke structures. It just was a few years ago that I started to realize how into Steve Martin’s comedy I was in seventh and eighth grade in junior high. That was a huge influence on me as a poet—his book Cruel Shoes, which is a bunch of absurdist stories and strange moments. And he said something in I think Born Standing Up, where he was saying, what if there was no punch line in a joke? What if the tension just hung and hung and hung?  It was an idea that sort of bled into my poem “The Comedian” where at a certain point an audience would be forced to start laughing just to relieve the tension, but it wouldn’t be everyone doing it together. And the fact that a form like the joke is just as formalist as a poem is, and that by having people then start to laugh at certain awkward moments, they’re owning that laughter and they’re choosing when they’re laughing in a very different way.

James Wright was huge for me. I ran into him early in college, and that poem, “A Blessing”, where he actually says, “standing in a field outside Rochester, Minnesota,” and I’d grown up in Rochester, Minnesota, which I thought was one of the most resolutely unpoetic towns on the face of the planet. And then I read this poem, and it just completely did take off the top of my head—that ending when he said, “I would break/ Into blossom.” It’s so unexpected, yet so perfect. And that lands for me the way a punch line does, it has surprised and recognition in the same moment. I love that Shakespeare often has comic scenes right before the most tragic stuff. He’s just loosening up the abdominal muscle muscles with a little laughter so that then the emotion can find its way and even deeper.

Michael Bazzett is a poet and teacher. His work has appeared in The Sun, Ploughshares, Linebreak, West Branch, The Collagist, Sixth Finch and 32 Poems, among others.  He has written collections of poetry, some of which include Our Lands Are Not So Different, The Interrogation, The Temple, and The Echo Chamber.  He also published a translation of The Popol Vuh. 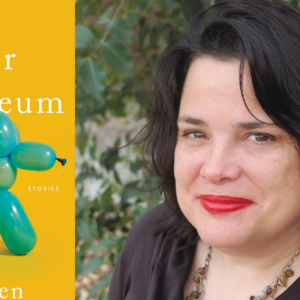