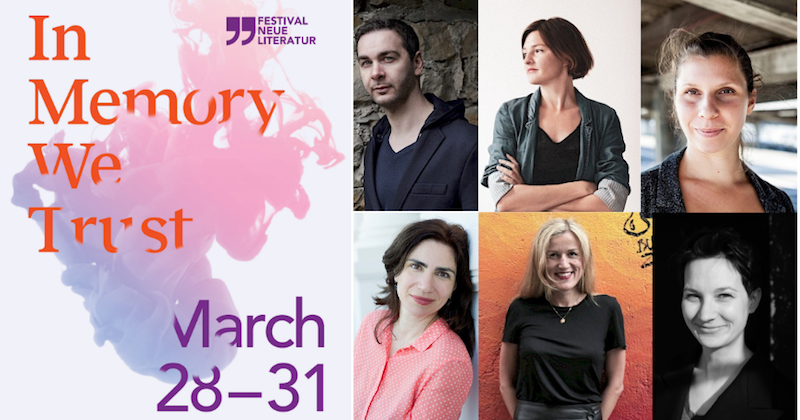 The Best of Contemporary German Writing in New York

For three days each spring, Festival Neue Literatur pairs up-and-coming authors from Austria, Switzerland, and Germany with literary voices from the US for free readings and discussions in Brooklyn and Manhattan, bringing diverse perspectives and sensibilities into a dynamic intercultural conversation. For a list of the events at this year’s festival and to RSVP, click here.

Curated by Liesl Schillinger and Tim Mohr, the festival celebrates its 10th anniversary in 2019 with eight extraordinary authors from Austria, Germany, Switzerland, and the United States whose novels resonate with this year’s theme, “In Memory We Trust.” These authors have crossed borders of time and place to ageless maps of identity and connection. One writes, “If I’d ever been granted a superpower, I’d have wished for the power to freeze time.” That power is the gift of all the novelists in FNL 2019, who have transformed their memories into a reservoir of truths.

Read an excerpt from Ghost Story by Laura Freudenthaler.

Anne has been increasingly uncomfortable in her own home, which she has shared with Thomas for 20 years, suspecting that he may be cheating on her. And now the girl, as Anne calls his mistress, appears as fleeting, whispering ghost. There are noises and apparitions now which are getting harder and harder for Anne to identify.

Read an excerpt from The Storyteller by Pierre Jarawan.

Samir leaves the safety and comfort of his family’s adopted home in Germany for volatile Beirut in an attempt to find his missing father. His only clues are an old photo and the bedtime stories his father used to tell him. The Storyteller follows Samir’s search for Brahim, the father whose heart was always yearning for his homeland, Lebanon.

Read an excerpt from Kafka with Wings by Daniela Emminger.

When Samat suddenly disappears without a trace and embarks on a search for his Kyrgyz roots, his childhood friend Sybille is lost in Austria. 25 years later, she encounters his letters written since then and decides to go after her former soulmate. A wild hunt through Kyrgyz history, the Culture Clash of the present, Samat’s letter fragments and Sybille’s mind and soul landscape begins. And then there is also the secret butterfly experiment “psukh,” which literally gives wings to the Kafkaesque transformation attempts of the two.

Read an excerpt from An Instinctive Feeling of Innocence by Dana Grigorcea.

Victoria has just recently moved from Zurich back to her hometown of Bucharest when the bank where she works is robbed. Put on leave so that she can process the trauma of the robbery, Victoria strolls around town. Each street triggers sudden visions as memories from her childhood under the Ceausescu regime begin to mix with the radically changed city and the strange world in which she now finds herself. As the walls of reality begin to crumble, Victoria and her former self cross paths with the bank robber and a rich cast of characters, weaving a vivid portrait of Romania and one woman’s self-discovery.

Read an excerpt from No Part of the World by Stefanie de Velasco.

After the fall of the Berlin Wall, Esther and her Jehovah’s Witness parents move into the house in which her grandmother once lived. As her parents clean the house and quiz her on her Biblical knowledge, Esther daydreams about the life she left behind with her friend Sulamith, whose clothes she has with her, hanging on the line outside to dry.

Read an excerpt from Everything is Still Possible Here by Gianna Molinari.

The wolf has not been seen again, but the dramatic possibility of its return shapes the narrative. The narrator, a young woman, a night-guard at the closing cardboard box factory, where there is precious little to guard or to see, and her fellow night-guard, Clemens, are asked to dig a trap in case the wolf comes back. The narrator sleeps on the premises by choice, cut off from the town nearby, and with only the monitors and her Universal Encyclopedia for company much of the time. She jots down her musings on fences and islands, barriers and limits, her observations on natural history and wide-ranging flights of fancy triggered by the few sparks of conversation around her. 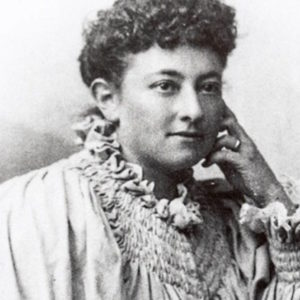 In a bare room, a woman prods memory with her pen. The shutters are closed against the sun and by night against the voices...
© LitHub
Back to top