I was on the Dalmatian coast in July of 2008 when we got word that, after twelve years as an international fugitive, Radovan Karadžić had been arrested. It was a particularly hot spell, one that even an Adriatic breeze couldn’t offset, and my best friend and I were sitting on his cousin’s porch in our underwear, sweating and drinking Cedevita. Someone must have heard it on the radio; I don’t remember any televisions there, and many of the cable and phone lines had eroded from the salt, left unreplaced in a town so small it had no zip code, where our address was “the house next to the doctor’s house.” But word spread quickly, the way it does there, fueled by collective boredom and the acoustic miracle of those cliffs—conversations down on the beach bounce back off the sea and ring clear even far up the mountain—until the whole town was talking about it.

Karadžić had been the first president of the newly formed Republika Srpska from 1992 to 1996, and was alleged to have ordered a series of war crimes, including the murder of over eight thousand Bosniak civilians in Srebrenica in 1995. He was one of four men to earn the nickname “The Butcher of the Balkans” from Western media outlets.

Upon news that he had been captured, there was some celebrating, and a few of the uglier ethnic epithets leveled, but within the hour that had subsided and a joke had developed—whenever anyone said the name Karadžić, my friend’s Uncle Dubravko, a wide, hulking Bosnian, would stand hands on hips and boom out a monologue: “Oh, Radovan Karadžić, what a beautiful man! The kindest, gentlest soul ever to reign over our land!” and so on. By the end of the night we were all doing it, and laughing—a way to hold the war close without it hurting quite so much.

In the fall, I returned to college in Boston, where each week I’d go to the office of a professor who’d give me a stack of books and talk about the authors with such intimacy I was sure he was friends with all of them. He gave me Sebald and Borowski and Szymborska. And he gave me Dubravka Ugrešić.

“This reminded me of you,” he said, handing me his copy of The Ministry of Pain, open to the title page, revealing a photograph of a smiling young girl swinging on a rope amid the blown-out ruins of someone’s house. The novel follows Croatian literature professor Tanja Lucić, an exile in Amsterdam who finds herself teaching a class full of war refugees (who are enrolled in school for the visas and have chosen to study Serbo-Croatian because it is easy).

Ugrešić, herself having fled to the Netherlands during the breakup of Yugoslavia, knew early on that the war was not as binary, and thus less comprehensible, than it was made out to be. Her disillusionment with the nationalist backlash to her having said so is the undercurrent, and often the overt focus, of her work. But criticism that her writing is “not Croatian enough” is extremely shortsighted; it is this displacement that makes her a Croatian, or Yugoslavian, writer. At the start of the novel, Lucić laments her own “empty” biography—“Even the most basic questions gave me pause. Where was I born? In Yugoslavia? In the former Yugo- slavia? In Croatia? Shit! Do I have any biography?”—highlighting the complex nature of a “true” Balkan identity.

Loss of language, a side effect of exile, is also a focal point of The Ministry of Pain. Ugrešić writes: “Sometimes I feel that here, surrounded by Dutch and communicating in English, I am learning my native language from scratch. It’s not easy. I swallow words, regurgitate vowels and consonants. It’s a losing battle: I fail to convey what I want to say, and what I do say sounds empty… I keep wondering whether a language thus maimed… is capable of doing anything at all, telling stories, for instance.” Lucić’s, or perhaps Ugrešić’s, frustration with the mire of language away from home is far from an expressive shortcoming as the narrator worries here, but rather the exact thing that characterizes what it means to be a Yugoslavian, or to find oneself between any two cultures in this global age. It seems fitting, then, that I first read her work in English, given to me by a man who himself split his time between the US and France.

And with this particular relationship to language comes a specific brand of humor, the kind I like to call “pan-Yugo angst.” Most of Lucić’s students work in a sweatshop assembling S&M gear for sex shops. They call the warehouse the Ministry of Pain, after an S&M club in The Hague, the joke of sadomasochism in the city home to the International Criminal Tribunal not lost on them. This black humor, an astute recognition of the absurd in a landscape otherwise unrecognizable, was the same gut reaction that made us laugh on my friends’ porch the day we found out Karadžić would go to trial. Like Ugrešić, we’d found a language of disparateness much stronger than the blunt force of nationalistic slogans to express our feelings. The juxtaposition of “beautiful” and Karadžić in a sentence at once encapsulated the absurdity of a world in which countrymen kill one another for no reason, and our fears of whether a word like “beautiful” might ever describe a place like Srebrenica, or any of the former Yugoslav republics, again.

Throughout The Ministry of Pain, Lucić and her students refer to Serbo-Croatian as “our language,” and the Serbs- Croats-Bosnians-Albanians as “our people.” Lucić claims the practice started to avoid the scores of politically correct postwar terminology, but the resultant message is clear—from a war borne out of the minutest differences of ethnicity comes a people even more inextricably linked to one another than before, in trauma, in language, and in exile as a state of being. And while the byproducts of exile are often grim, Ugrešić highlights its advantages in Thank You for Not Reading—exile, in drawing into question the most basic tenets of home and biography of one’s existence allows for the “deconstruct[ion] of the established values of human life.” Ugrešić’s willingness to put down roots for herself and her characters in this liminal space, to hold her pain close, is what makes her work so important. 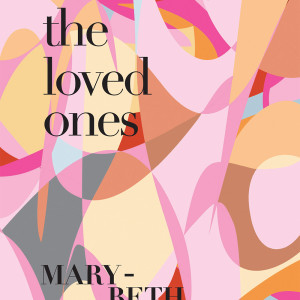 Nick Devlin leaned into the gilded mirror and focused, wiped his hair back with one hand, rubbed his eyes. A wince played...
© LitHub
Back to top