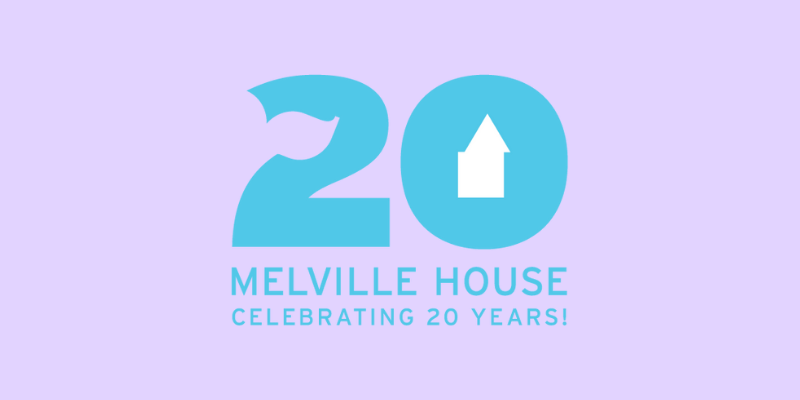 In 2002, Dennis Johnson and Valerie Merians started Melville House. You know them. They gifted the world Jenny Odell’s How to Do Nothing. They do The Last Interview series. They crash-published The Senate Intelligence Committee Report on Torture in less than a month. Over 700 books later, and they’ve put into print two Nobel Prize winners and some gorgeous translations—and they do it with an admirably witty aplomb. Plus, they have that delightful “I would prefer not to” mug. And, luckily, they have answered a few questions about mission-driven publishing, living wages, and (of course) what books to look out for next.

How do you define a Melville House title? How has that definition / your overall mission statement changed over the years?

I know it sounds grandiose, but the mission is to publish books that will make the world a better place in our particular areas of interest. We think the list reflects those whims and interests, as would the list of any privately owned company, whether you like it or not. The list also shows our interests to be pretty eclectic. What’s consistent is that we like things to be delivered with wit and intelligence. We lean literary more than commercial, left more than right. We also think we have a concern for design that bespeaks the mission, too.

As for the mission itself, it hasn’t really changed since the start. If anything, it’s intensified. The country was pretty right wing when we started, a tough place to be an artist, let alone a liberal, and it’s shockingly much, much more so now.

You’ve referred to Melville House as a “collaborative art project that got out of hand.” I know one of the founders has a background in sculpting, and the other comes from journalism. How did you decide to start publishing books? Why not a gallery? Or a newspaper? What is it about a small press that feels like the right intersection?

We had no desire to start any business at all. What came first was the idea for a book, an idea that combined our love for poetry with our activism. So we crafted this book together, and subsequently saw founding a company to support it as the best way to deliver the book’s message. We still see making books as a kind of art-making combined with a hope to have a positive influence on society, so we continue to make them. Importantly, we continue to make them together. So it’s not like owning any other kind of business.

Your press is named after Herman Melville. On this, you’ve said that it’s because he’s lived the epitome of a writer’s life—that his great work went unappreciated so he died in poverty—and that you wanted to honor him. Within the industry, especially in the last few years, there has been a real conversation about diversity, equity, pay gaps in book deals, and living wages for employees. What is the responsibility of a small press to address these issues?

The responsibility is the same as anyone else’s, except that, on many of these issues, it’s harder for a small press to tackle these problems than it is for bigger publishers, because the economics of small press publishing are grossly different than the economics of the big houses. Take living wages, for example. Melville House has always paid its employees a living wage, but it was very difficult for us because little publishers usually work on much, much tighter margins than bigger companies. So growth comes slowly at a little house, and it takes a long time to deepen your staff. Likewise, diversity — the publishing schools and programs that feed the candidate pools have been too white for too long, and  it’s time consuming and expensive to conduct the kind of searching campaign required as a result if you don’t have a dedicated HR department. But what little press has an HR department?

The notable thing is, little houses like ours see solving these issues as part of their mission and are more deeply committed to it than ever.

The one thing that’s not going to change, though, is the fact that smaller presses give out smaller advances (if that’s what you mean by “pay gaps in book deals”). Frankly, the big advances the big houses give out are, more often than not, lunacy, based on no real economics. It’s simply not good business, and has an unhealthy impact on the overall ecosystem. Most smaller houses try to work out a healthy budget whereby they don’t spend all the money upfront, but rather invest as much as they can into supporting the investment they’ve made in a writer. And more often than not, this can mean greater success than the author would have had at a big house — because the campaign was more smartly budgeted, it can go longer and deeper, keeping the book visible in bookstores and media, and thereby selling more copies. It’s just that the payout isn’t until there are actual sales — you know, like in every other business in the world. And if, heaven forbid, there isn’t the amount of sales that there should have been, you haven’t gambled away your company, and everybody lives to make another book.

Nearly 10 years ago, in addition to holding down an office in Brooklyn, Melville House expanded overseas to London. How has this international perspective affected your decisions as a publisher? What has it allowed you to do differently?

It’s allowed us to support our books better in the UK, which was the original idea. However, the UK team proved so talented that we expanded their remit, and they now acquire some books of their own as well as support the US list. And meanwhile, I think our increased visibility in the UK has helped promote our books to the English-language bookstores across Europe.

You publish an exciting mix of debut work and overlooked older titles (particularly with The Last Interview series and the Neversink Library). When you are combing through the literary archives, how do you choose what to pull up from the past? Are there any common threads you see writers still pulling at that we should be paying attention to right now?

There’s no rule. Sometimes a book from the past seems eerily relevant to the moment — Hans Fallada’s Every Man Dies Alone, for example, is about a married couple trying to stand up against a totalitarian regime. Or Leon Werth’s 33 Days, about his experience in the exodus of people trying to flee Paris as the Nazis approached. Other books just seem timeless — like every title in the Art of the Novella series. I mean, when is Bartleby the Scrivener not a great book?

One of your recent big breakout titles is Jenny Odell’s How to Do Nothing. There seems to be a real connection between this wonderful book and your beloved mug that has the Bartleby quote: “I would prefer not to.” Obviously running a small press is pretty much the opposite of doing nothing. How do you see Melville House situated within the attention economy? How do you cut through the noise?

“Obviously running a small press is pretty much the opposite of doing nothing” Precisely! And a really great question. We like to think we’ve established a publishing company, backed by twenty years now of relationship-building, that not just readers but booksellers and salespeople and media people know stands for consistently good books, consistently made well. In addition, building that company and those relationships includes how the company itself, and its founders especially, deport themselves. You can read MobyLives and find out what the people who work at Melville House think about issues that matter to book people. We are not afraid to speak out about issues that many publishers simply won’t. But being different, and speaking out, isn’t something that publishers should be afraid of. In fact, it’s kind of what publishing is all about. To us, it’s all part of the thing, and what helps us cut through the noise surrounding not just the reader, but our colleagues far and wide.

What upcoming projects are you most excited about? What do you see for Melville House in the next 20 years?

So many great books coming up! On the day of our anniversary (the 20th anniversary of our incorporation) earlier this week, we published a book from a reporter who excites the hell out of us — Patrick Strickland. The book is called The Marauders, and it’s about this small border town in Arizona where the people stood up to these violent, heavily armed militia groups that had come to their town hunting Mexican immigrants. Patrick went down there and embedded himself, which was rather dangerous but that’s what he does — he goes to places where lunatic but dangerous right wingers are trying to take over and reports from the belly of the beast. We’re already talking about his next book, which is about a Greek Nazi party.

Last week, we published a first novel called Be Here To Love Me At The End of the World, by Sasha Fletcher. It’s a beautiful, exuberant, passionate love story, and it’s a great feeling to give somebody their start like that, and to support that kind of fiction. And, given the eerie timing of publishing during the global crisis the Ukrainian invasion has become — something about this book, which is about trying to have a romance when the world is on fire, reminds us that art is even more urgent at times like this.

We think just surviving and being consistent for 20 years has allowed us to get to the place where we can better attract these kinds of writers and we’ve gotten better and better at supporting them. It’s a good feeling, because we think we need these kinds of books more than ever.