In Conversation with Julia Ringo on the Well-Versed Podcast

This week on Well-Versed, Julia Ringo, associate editor at FSG, talks with Megan Rosenbloom about her new book, Dark Archives, the hunt for books bound in human skin, and her involvement with the death positivity movement.

Megan Rosenbloom: A side effect of the development of clinical medicine was the development of a certain way of doctors looking at patients. Michel Foucault called it the clinical gaze—when you see a whole lot of patients and you’re dealing with a lot of dead bodies doing dissections, and you’re able to know more about a patient for the first time than what they can report because of all these new diagnostic tools and things that are happening, you look at them in a more and more minute level, as organs and their organ function, or diseases to be cured. If you don’t check back in with your humanity and your empathy, you can lose sight of the humanity of that patient, and this depersonalized, distanced way of looking can happen.

So you’ve access to human dead bodies, there’s no such thing as consent, usually all the parts after you did a dissection would just end up in a bucket. If you are not really thinking of this body as a person, and then you’re also part of this social climb in class where you’re doing gentlemanly things like collecting art, collecting books, and then you have access to this rare binding material—all these things converge in this very strange practice, which is the book bound in human skin. The shocking thing about it is that it wasn’t done by serial killers or the worst monsters you can think of in history but multiple, well-respected doctors in their field across—so far—multiple countries in the West.

Julia Ringo: It feels shockingly recent, too, that a lot of this was in the 19th century.

Megan Rosenbloom: Yeah, for sure. As I started digging into the background, some of the things I learned about, when did people start donating their bodies to science? Mid 20th century, really, for the most part. Some of these things were so unbelievably recent, but they are things that we hold really dear and that we default to believing, oh, of course, you can do this, you can do that. Even when people ask me questions about the legality of, oh, didn’t anyone get caught doing this or something like that, it’s really framed from our current mindset of the fact that, well, surely this must be illegal. The answer of is it legal is that it’s complicated and we don’t really know, even today.

Surely people must have gotten caught, surely people would be very upset about it if they found out. But this was a real in-group out-group kind of thing, about who knew what people were doing, what was acceptable within certain circles and not with others. And then also who had access to doing things like reporting what they felt was something bad that was being done, if you even heard about it being done. Or writing about something—who has access to the means of the press to be able to complain about such a thing? So, it was a lot different. So many of these things we take for granted today were not really available to people.

Megan Rosenbloom is a librarian with a research interest in the history of medicine and rare books. Now the collection strategies librarian at UCLA Library in Los Angeles, she was previously a medical librarian and before that, a journalist. She is obituary editor of the Journal of the Medical Library Association and president of the Southern California Society for the History of Medicine. She is a member of the Anthropodermic Book Project, a multi-disciplinary team scientifically testing alleged human skin books around the world to verify their human origin. She is also the co-founder and director of the Death Salon, the event arm of the Order of the Good Death, and is a leader in the Death Positive movement. 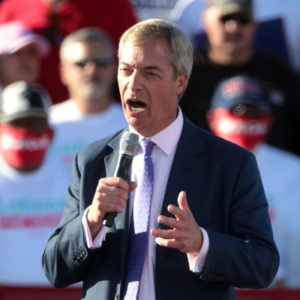